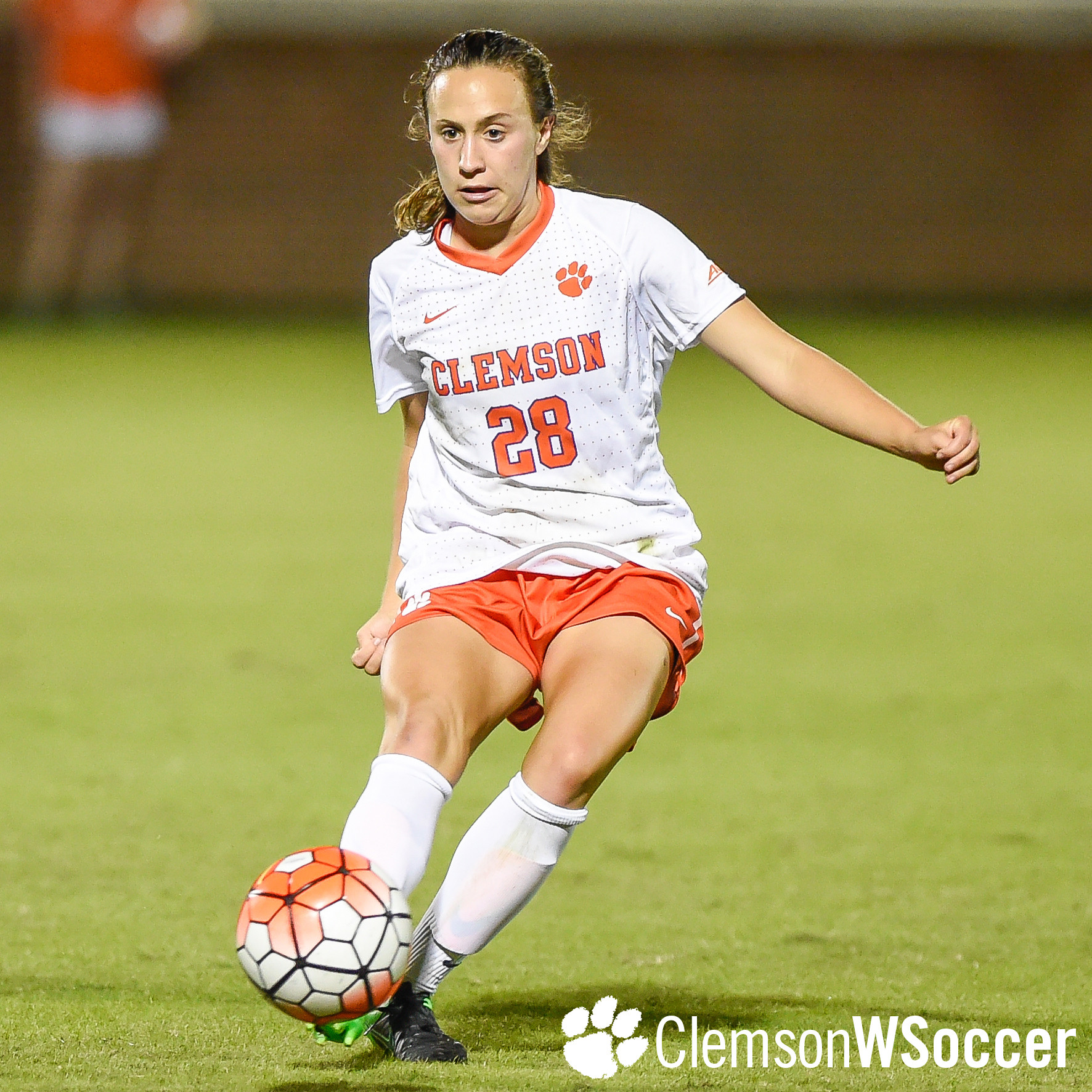 Off to a Strong Start

Led by five goals from five different players, the Clemson women’s soccer team started the season 2-0 this past weekend, earning a 2-0 win over Auburn on the road on Friday before returning home and defeating Georgia 3-1 on Sunday. For senior co-captains Emily Byorth and Claire Wagner, the strong start was important because their team stepped up and performed against stiff SEC competition.

“Those first two games were tests for us, so it was nice to get the win on the road and then come home and have our first home win,” Byorth said. “It was good to get some difficult games under our belt and get some experience.”

Wagner echoed Byorth’s sentiments, noting that, “Auburn and Georgia are really good teams, and I think we came out and had the right mentality going into both games. Coming out playing two quality teams, I think getting those wins under our belt, especially out of conference, is a really good start.”

Wagner also scored the first goal at Historic Riggs Field this year, netting an unassisted shot in the 31st minute of play against Georgia, but she said that the team had valuable contributions across the board, and that collaboration played into their success during the opening weekend of play.

“What was working was the ability to know that we can play. At Auburn, they were the home team and had that energy from the crowd, but we didn’t let it get to our heads and played through it,” Wagner reflected. “When we scored that first goal, we settled down and played our game. That was big in both games…just making sure that we focused on playing our game.”

Both defenders are excited to try to continue that success this weekend, when the Tigers face a tough road game at West Virginia. It will be a top-10 matchup, as the first week’s NSCAA rankings place the Mountaineers at No. 7 and Clemson right below them at No. 8. Wagner says that the team’s opening weekend record gives them a sense of confidence heading into the challenge.

“We’re just excited,” Wagner expressed. “We haven’t played West Virginia since I’ve been here, so it’ll be a different team with different athleticism. We’ll be ready to play. We’re focusing on certain things on our game, and I think that will really benefit us against those kinds of players. But it’ll also be a good test, because they’re obviously highly ranked and are going to be competitive.”

Byorth is excited to see her teammates respond to the pressure, and she thinks they are ready for the test.

“It’s always good to have a challenge like this,” Byorth noted. “Just to see what our team can do and whether our team can step up to it. I think we can.”