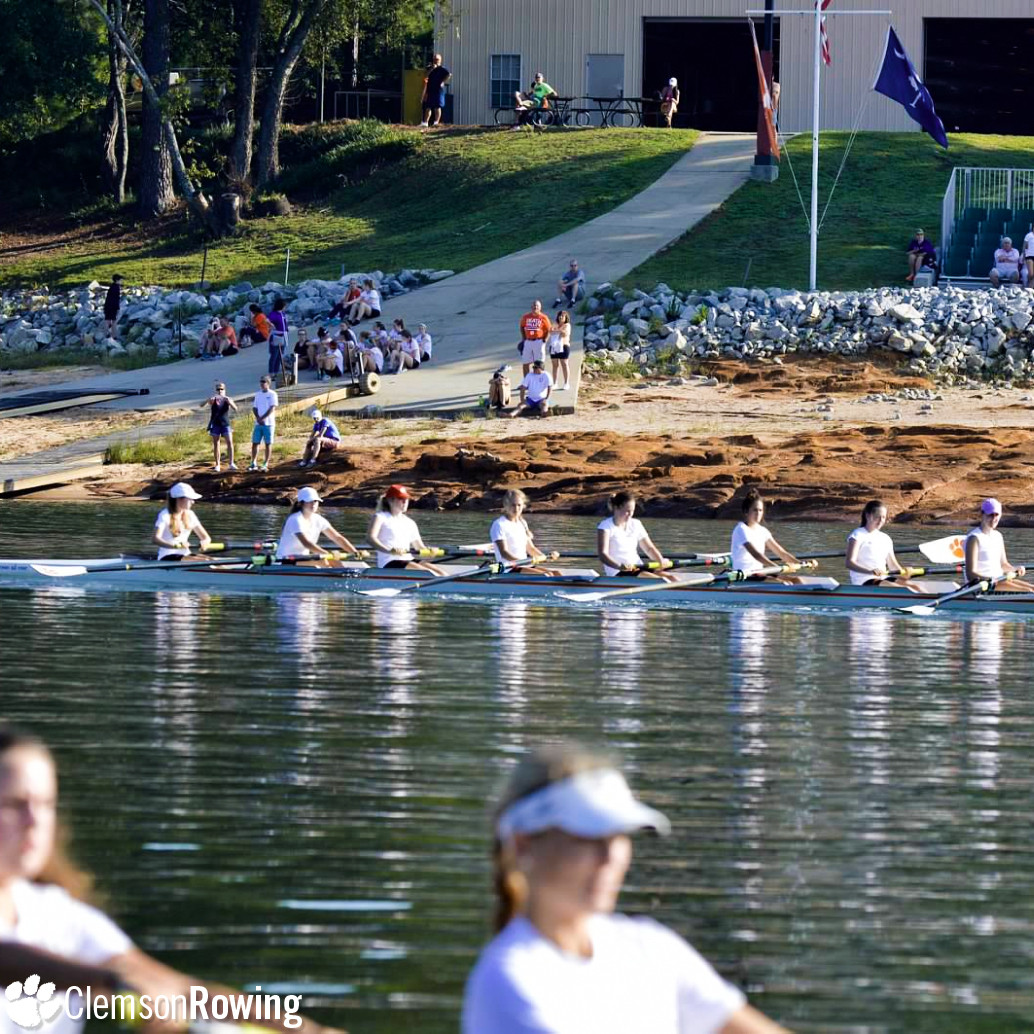 Novices Gearing Up For Head of the Hooch

CLEMSON, S.C. – After getting their first taste of rowing in The Tail of the Tiger in late September, Clemson’s newest rowers are gearing up for their first official competition this weekend, the Head of the Hooch regatta in Chattanooga, Tenn.

“We had an excellent turnout this year for novice tryouts, which led us to be able to keep five 8+s throughout the fall,” assistant coach Mandy Merritt said. “It has been exciting seeing that big of a fleet in the water at once.”

The novice roster was officially announced in time for Clemson’s Family Weekend from Sept. 22-24, and the team hosted families at the boathouse over the weekend to let them see what their new athletes were experiencing.

“Clemson’s Family Weekend fell shorty after our tryouts and it was great hosting our new rowers and their families at our boathouse,” Merritt said. “It’s one thing for a new rower to call home and try to explain all the new things they are doing and experiencing as an athlete, but it is completely different for them to be able to show their families. It was a fun day all around, and our new rowers even got to teach their families some things on the ergs.”

This weekend, the Tigers are sending three novice 8+s to the 5,000-meter head race on the Tennessee River.

“We are very excited to see our freshman squad compete at Head of the Hooch,” Merritt said. “With our large squad we have been able to get many boats on the water in a competitive setting and are ready to race against other crews.”