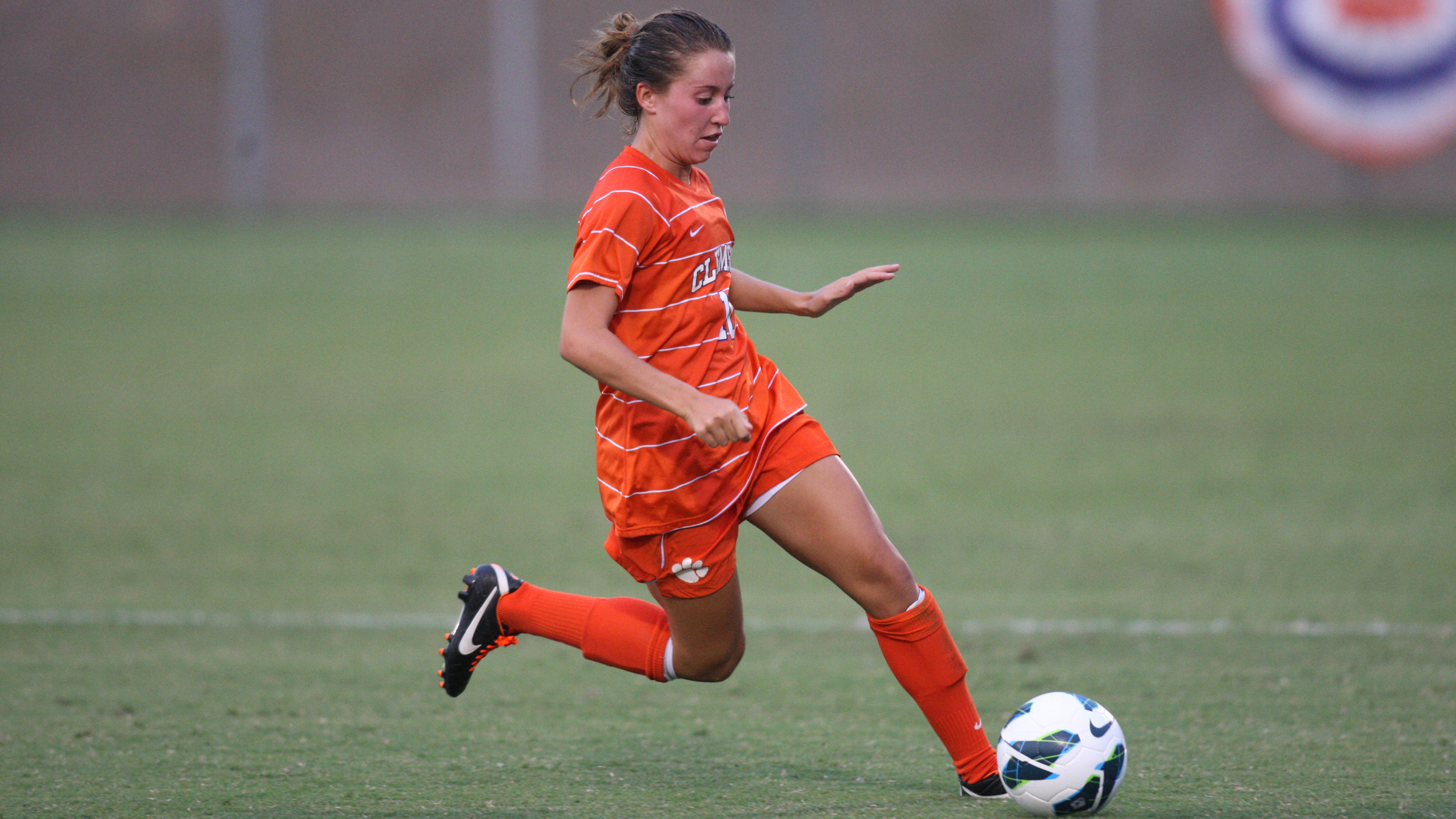 Note: There has been a location and time change for the exhibition game between Clemson and Alabama.  The game will be played at Georgia Gwinnett College in Lawrenceville, GA and will kick off at 3:30 PM.  Click here for directions.

CLEMSON, SC – The Clemson women’s soccer team will face Alabama in an exhibition game on Saturday, August 17 in Lawrenceville, GA.  The game between the Tigers and Crimson Tide will kick off at 3:30 PM on the campus of Georgia Gwinnett College.  The match is open to the public and admission is free.

Eddie Radwanski, who is beginning his third season as the Tigers’ head coach, returns 18 letterwinners, including nine starters, and welcomes 11 newcomers to the 2013 squad.  Vanessa Laxgang and Tabitha Padgett are two of seven players returning for their senior seasons.  Laxgang has started 47 games in the midfield for the Tigers over the past three seasons.  Padgett started all 18 games at forward in 2012, and ranked in a tie for second on the team in scoring a season ago.

Savannah Coiner, a junior defender who has anchored the Clemson back line for the past two seasons, and Katelyn Reeve, a junior who has been a mainstay in the midfield for two years, are two additional upperclassmen who Radwanski will look to for leadership both on and off the field in 2013.  In addition, he will look for sophomore midfielder Allie Kington to provide a spark for the team as she returns from an offseason injury.

High expectations have been placed on Clemson’s 11 incoming freshmen.  Kailen Sheridan and Claire Wagner are two of the 11, and both were recently named to the TopDrawerSoccer.com Preseason Best XI Freshmen team.  Sheridan spent the summer of 2013 with Canada’s U-20 Women’s National Team, attending camps in Vancouver and Copenhagen, Denmark, and is competing for a spot on the team’s roster for the FIFA U-20 Women’s World Cup in 2014.  Wagner played for the United States U-17 Women’s National Team at the World Cup in Azerbaijan in 2012 and also won back-to-back ECNL national titles with her club team, CASL Chelsea Ladies 94, in 2011 and 2012.

Alabama posted an 8-9-2 overall record and a 3-8-2 mark in SEC games in 2012.  The Tigers and Crimson Tide will be facing off in an exhibition game for the third straight year, as the two teams also met during the preseason in Tuscaloosa in 2011 and in Clemson in 2012.  Alabama is under the leadership of Todd Bramble, who was the head coach at Clemson from 2001-07.  Former Tiger Tatum Clowney (1998-2001) is an assistant coach on the Crimson Tide staff.