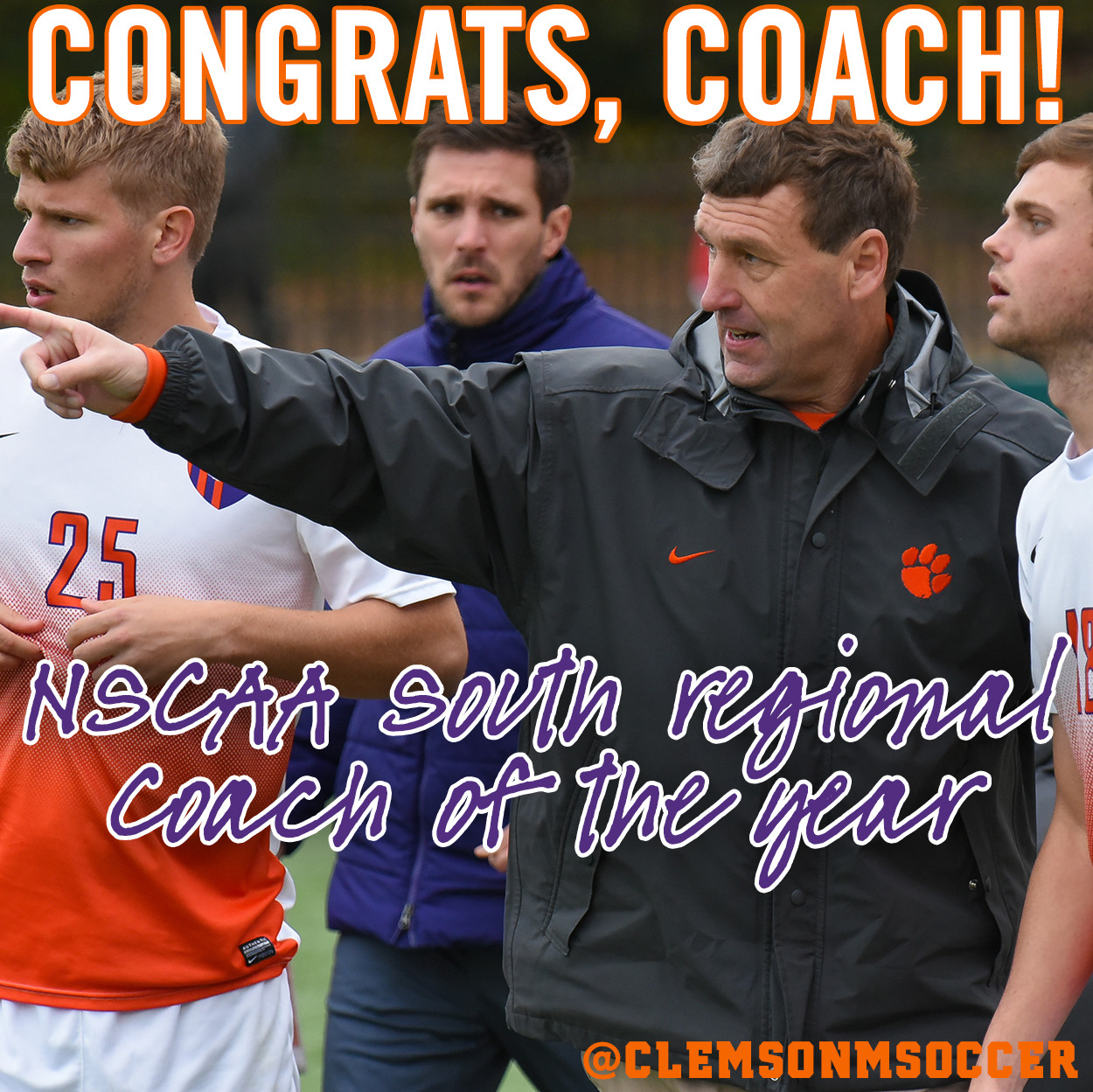 CLEMSON, S.C. – One day after leading his No. 2 National Seed Clemson men’s soccer team to a berth in the NCAA Elite Eight with a 3-2 victory over UC Santa Barbara, Head Coach Mike Noonan was named the NSCAA Regional Coach of the Year for the South Region for 2015. Noonan’s Tigers are 17-2-2 on the season and have reached the NCAA quarterfinals for the first time in 10 seasons, and just the 13th time in program history.

Noonan coached a total of seven players to All-ACC recognition in 2015, including ACC Midfielder of the Year Paul Clowes and ACC Defensive Player of the Year Kyle Fisher. T.J. Casner and Andrew Tarbell also earned First Team All-ACC honors, while Iman Mafi and Oliver Shannon were named to the all-conference third team and Patrick Bunk-Andersen was on the ACC All-Freshman Team.

Noonan’s Tigers host No. 10 National Seed Maryland in the NCAA Elite Eight this Friday, Dec. 4 at 7 p.m. at Historic Riggs Field. Tickets are available for sale on ClemsonTigers.com.