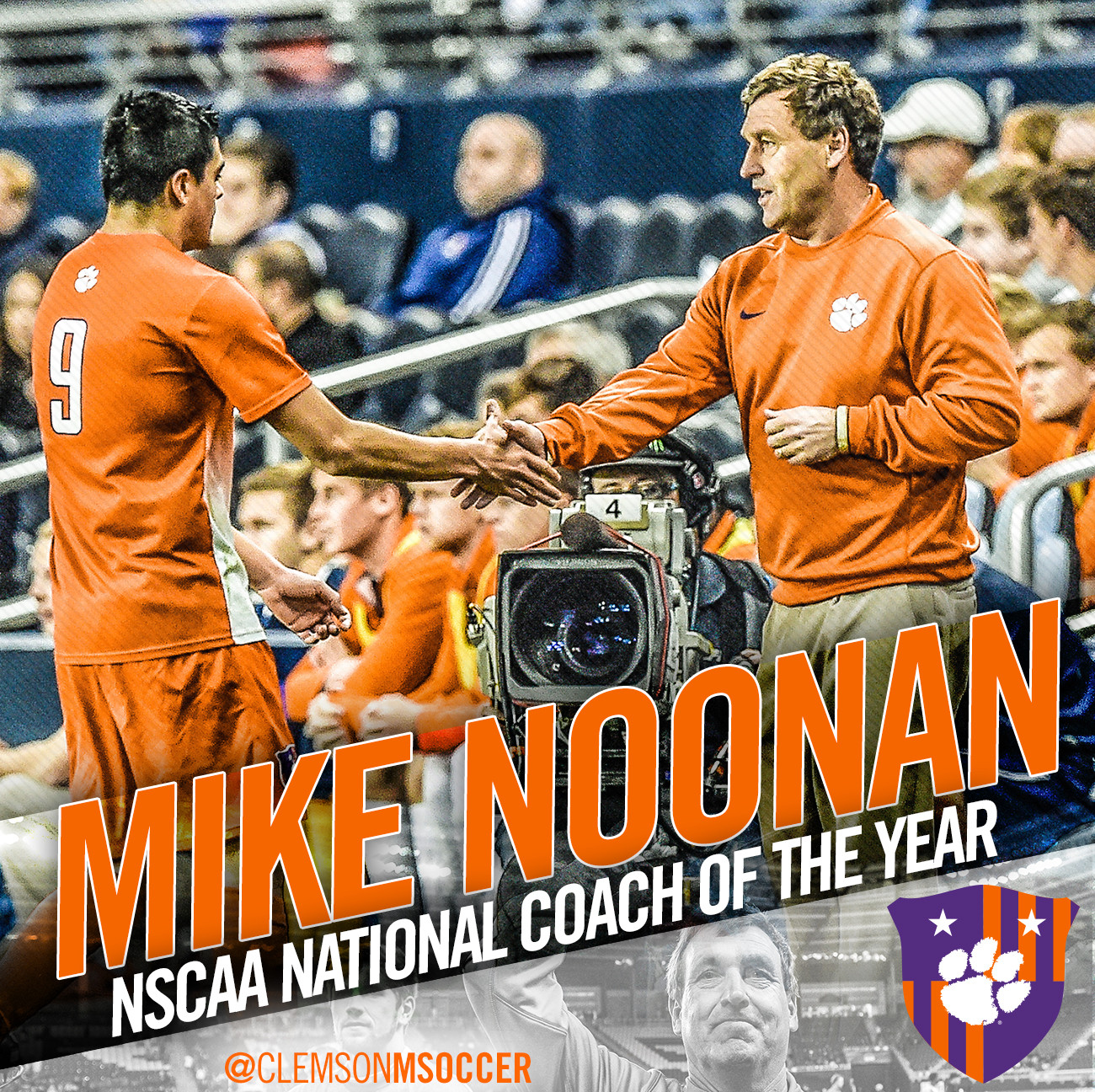 Noonan Named National Coach of the Year by NSCAA

CLEMSON, S.C. – Men’s soccer head coach Mike Noonan was named the 2015 National Soccer Coaches Association of America National Coach of the Year. Noonan’s Tigers advanced to the College Cup Final and finished the season 17-3-4 on the season. It was the Tigers first College Cup Final in 28 seasons.

The NSCAA honorees will be presented their award Friday, Jan. 15, at the annual NSCAA Awards Banquet, held in conjunction with the NSCAA Convention in Baltimore.

Noonan coached a total of seven players to All-ACC recognition in 2015, including ACC Midfielder of the Year Paul Clowes and ACC Defensive Player of the Year Kyle Fisher. T.J. Casner and Andrew Tarbell also earned First Team All-ACC honors, while Iman Mafi and Oliver Shannon were named to the all-conference third team and Patrick Bunk-Andersen was on the ACC All-Freshman Team.

Clowes, Fisher and Tarbell were named to the College Cup All-Tournament team, as selected by members of the media, at the conclusion of the NCAA tournament.