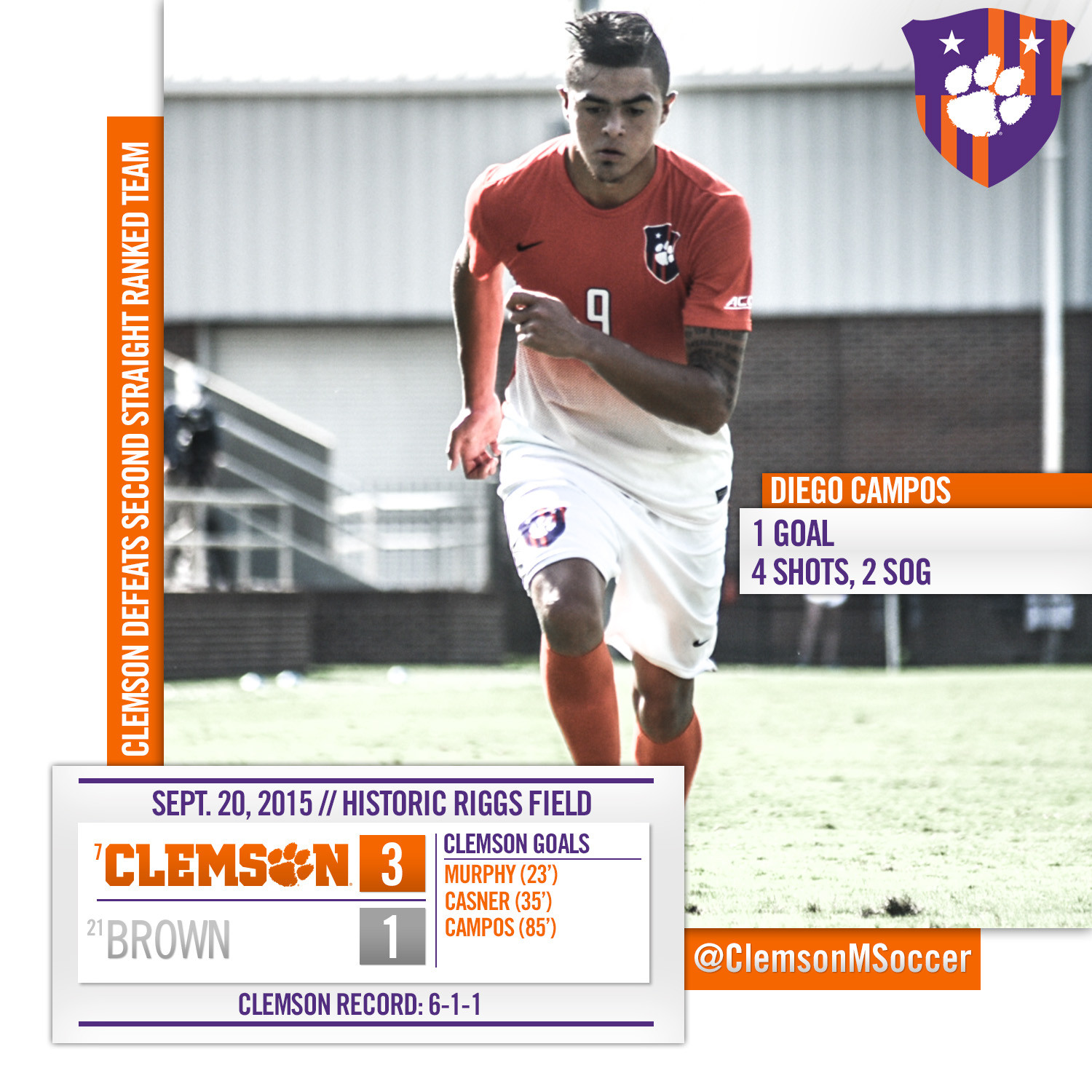 The Clemson men’s soccer team capped off an undefeated weekend with a 3-1 win over visiting Brown Sunday afternoon at Historic Riggs Field. The Tigers improve to 6-1-1 on the season with the result.

Redshirt senior Kyle Murphy got the scoring started in the 23rd minute, his second goal of the season. Junior Aaron Jones and sophomore Grayson Raynor picked up assists on the goal, Raynor’s first of his career.

Senior T.J. Casner scored on a penalty kick after Brown was called for a hand ball in the box. Casner’s goal, in the 35th minute, was his fourth of the season.

“It was an academic week all the way around,” head coach Mike Noonan said. “Notre Dame, Furman, Duke and Brown in eight days. Another piece was our guys were dealing with their first rounds of exams. For them to keep their focus during the past eight days with all that going on, I’m very proud of them.”

The Bears got one back in the 51st minute, off the foot of Jack Hagstrom, his third of the season.

Clemson sophomore Diego Campos scored his first goal of the season in the 86th minute off a free kick on the right side of the box. Campos has had a number of great chances this season, and finally broke through with a goal today.

As a team, Clemson out-shot Brown 16-6. The Tigers took nine corner kicks, while Brown took none. Redshirt junior Andrew Tarbell picked up his sixth win of the season, making three saves along the way.

“I’m very happy to get a result, we’ve shown glimpses of what our potential is,” Noonan added.

Clemson hits the road for two matches next. The Tigers travel to Wake Forest next weekend, then to Gardner-Webb on the following Tuesday. Clemson will return home next on October 2 to host Virginia Tech, the 100th anniversary of Historic Riggs Field.