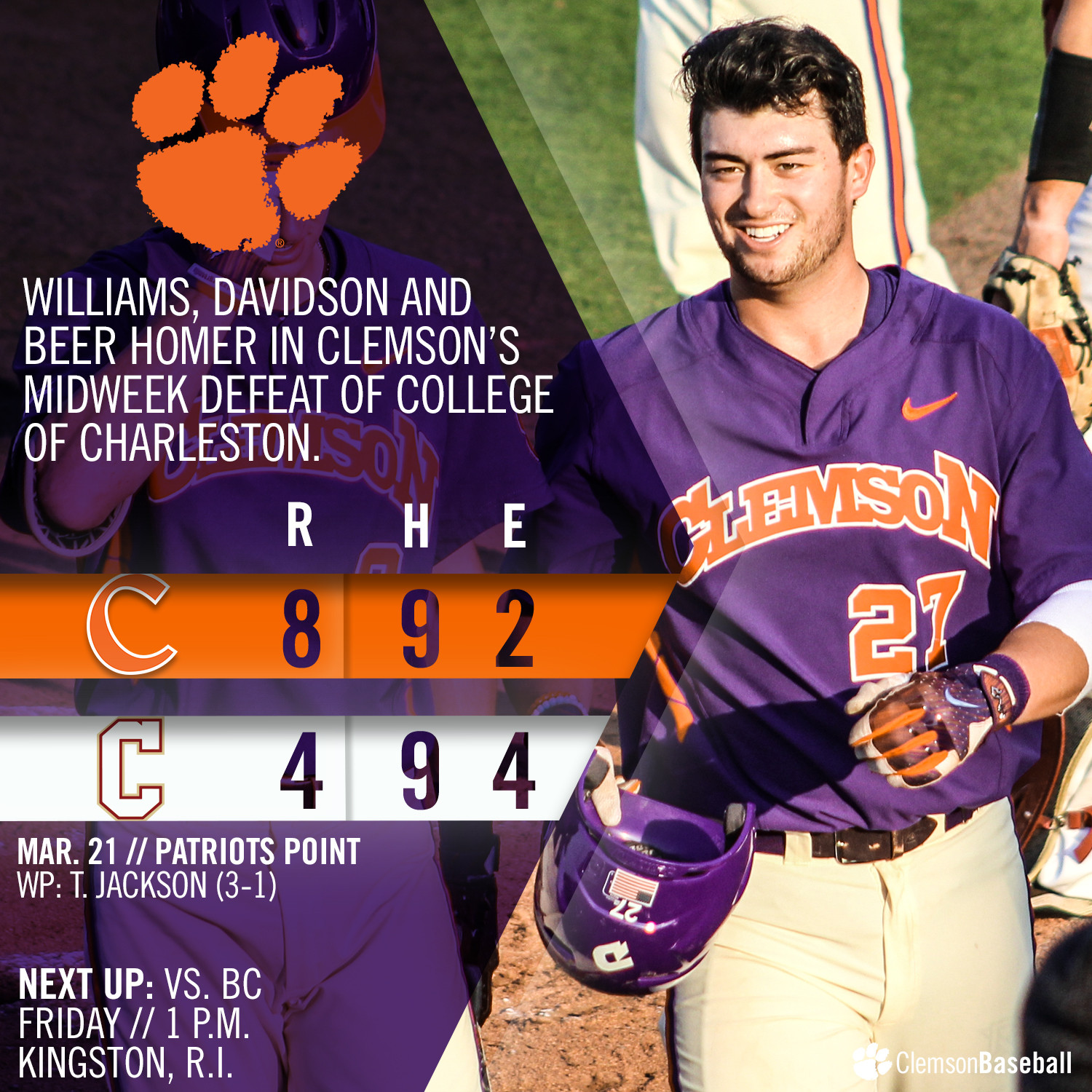 MOUNT PLEASANT, S.C. – Behind a season-high four home runs, two by Chris Williams and one each by Logan Davidson and Seth Beer, No. 6 Clemson defeated College of Charleston 8-4 at Patriots Point on Tuesday night. The Tigers, who tied a school record with their 12th win in a row away from home dating to 2016, improved to 17-4 on the season, while the Cougars fell to 8-13.

Williams belted a towering home run to lead off the top of the second inning, then Logan McRae responded with a solo home run in the bottom of the second inning. Chase Pinder scored on a wild pitch in the third inning, then the Tigers scored three runs in the fourth inning on home runs by Williams and Davidson. It was Williams’ fifth homer of the season, all in the last six games, and Davidson’s third long ball of 2017.

The Cougars scored two runs in the fifth inning before Weston Jackson hit a two-out, pinch-hit, run-scoring single in the sixth inning. College of Charleston scored a run in the seventh inning, but Clemson responded again in the eighth inning when Robert Jolly scored on a wild pitch with two outs. Beer then blasted a long solo homer, his sixth long ball of the year, in the ninth inning.

The Tigers travel to Kingston, R.I., to play Boston College in a three-game series starting Friday at 1 p.m.