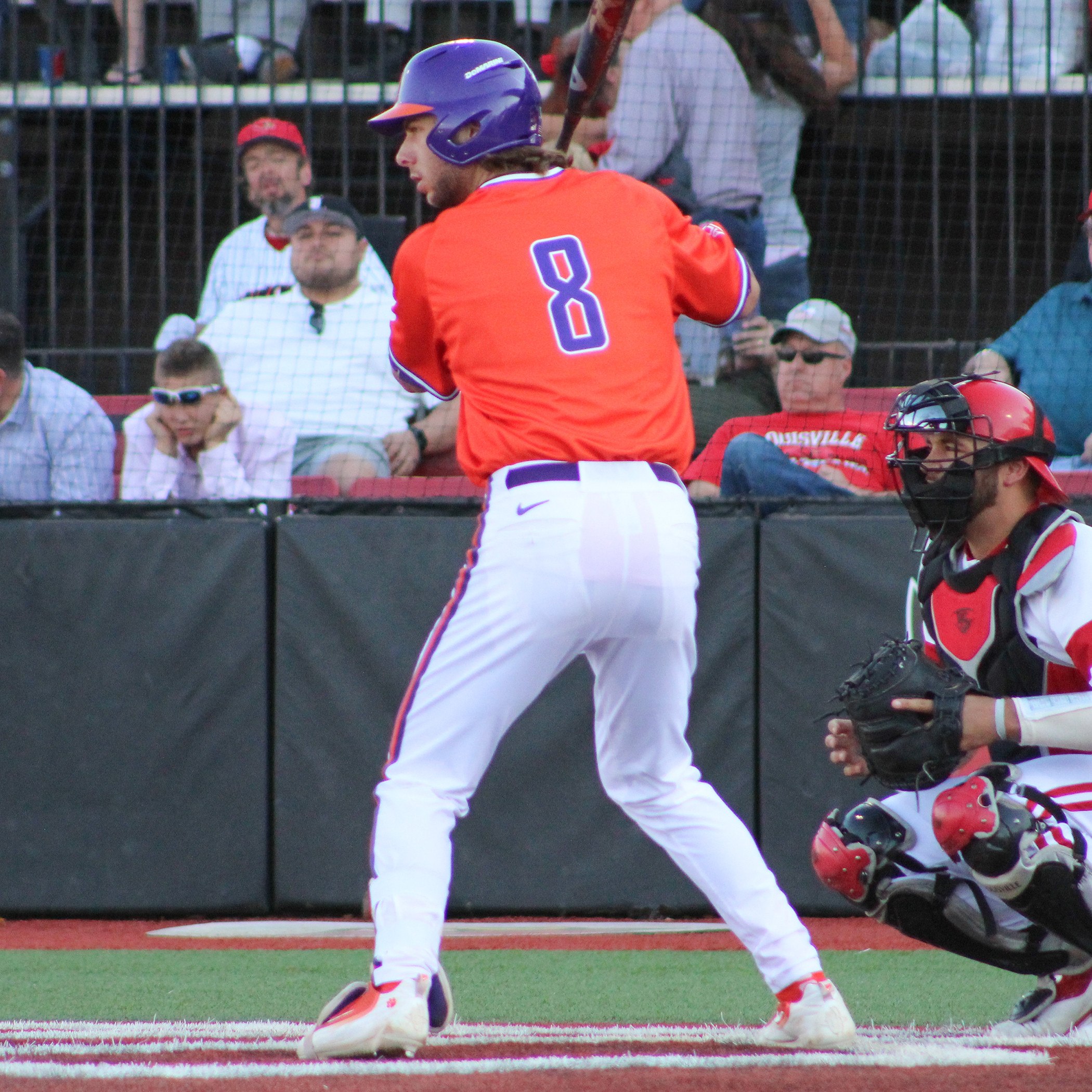 LOUISVILLE, KY. – Lefthander Brendan McKay pitched 7.0 innings of two-hit ball and went 3-for-5 with two RBIs at the plate to lead No. 6 Louisville to a 15-2 victory over No. 18 Clemson at Jim Patterson Stadium on Friday night. The Cardinals, who took a 1-0 lead in the series, improved to 27-7 overall and 11-5 in the ACC. The Tigers dropped to 24-10 overall and 8-8 in ACC play.

In Clemson’s first-ever game in the state of Kentucky, Louisville scored three runs in the first inning. Weston Wilson led off the second inning with a triple and scored on Chris Williams’ sacrifice fly, but the Cardinals, who totaled 20 hits in the game, pulled away with two runs in the third inning, three runs in the sixth inning, six runs in the seventh inning and one run in the eighth inning, as every Louisville starter had at least one hit.

The series continues Saturday at 4 p.m.