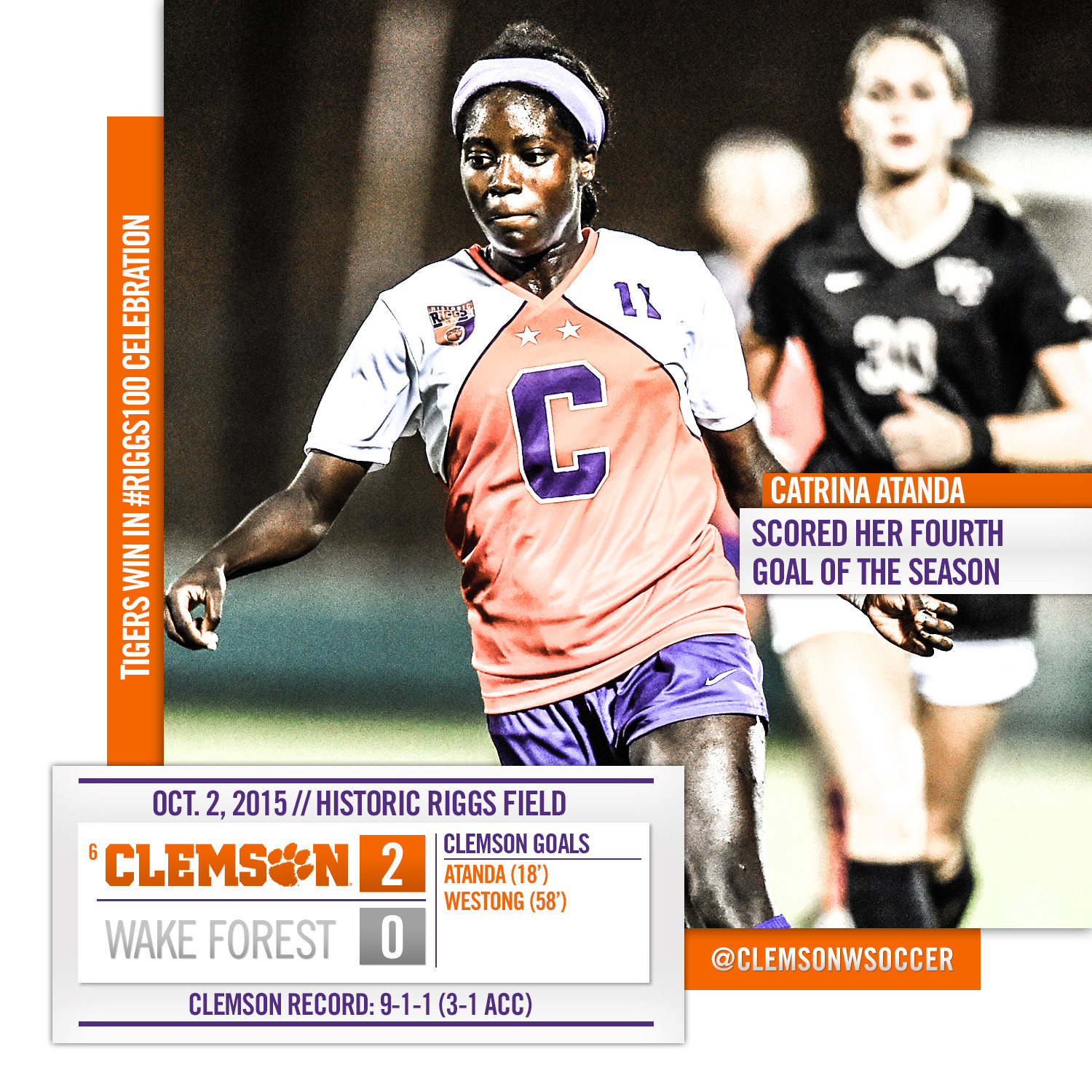 CLEMSON, S.C. – The sixth-ranked Clemson women’s soccer team capped off a special night of celebration of the 100th anniversary of Historic Riggs Field with a 2-0 victory over Wake Forest on Friday. With the win, the Tigers improved to 9-1-1 (3-1-0 ACC), while the Demon Deacons fell to 4-6-2 (1-3-0 ACC).

Junior Catrina Atanda gave the Tigers a 1-0 lead in the 18th minute on an unassisted goal. She gathered a loose ball and launched a shot from 25 yards, which sailed into the top of the goal over the outstretched arms of the Wake Forest keeper. The goal was Atanda’s fourth of the season, and she continues to lead the team in both goals and points (10).

Junior Jenna Weston added to the Clemson lead at the 57:08 mark with her third goal of the season. Freshman Samantha Staab served a free kick, which Weston headed in to the right side of the net. Staab now has a team-best five assists on the season.

The shutout was the fifth of the season for junior goalkeeper Kailen Sheridan. She now has 20 shutouts for her Clemson career, a figure which ranks third in program history. Statistically, the Tigers outshot the Demon Deacons 12-7, and took six corner kicks to Wake Forest’s two.

Tonight’s game was the first in a stretch of four consecutive home matches for the Tigers. They’ll be in action next on Thursday, Oct. 8 when they host Virginia at 7 p.m. at Historic Riggs Field.