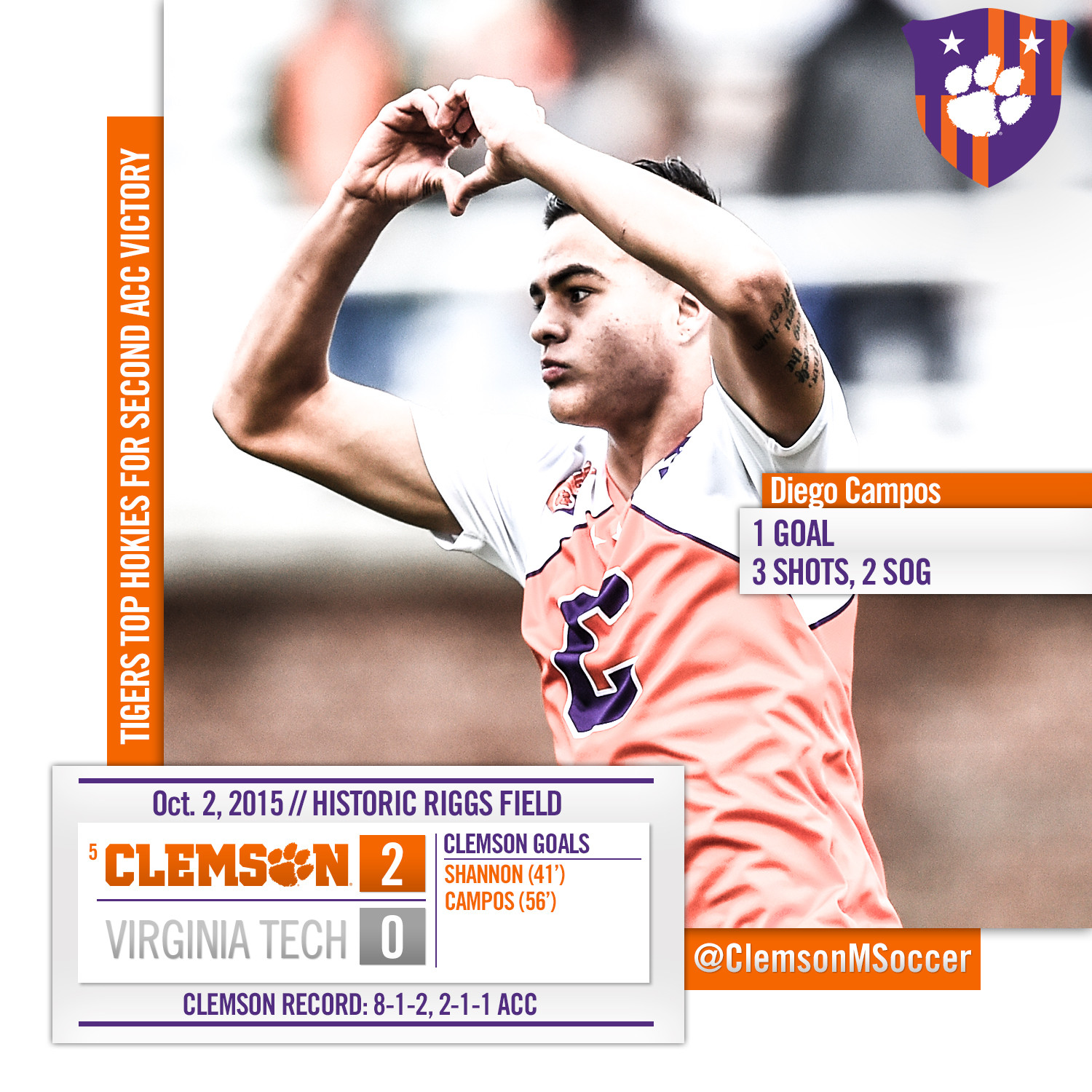 CLEMSON, S.C. – On the 100th anniversary of the first Clemson athletic contest ever played on Historic Riggs Field, the fifth-ranked Clemson men’s soccer team recorded its eighth win of the 2015 season with a 2-0 victory over Virginia Tech. The Tigers improved to 8-1-2 overall and 2-1-1 in the ACC with the win, while the Hokies fell to 4-4-1 (0-3-1 ACC).

“I thought it was a commanding performance by our team, one of our better performances of the year thus far,” noted Head Coach Mike Noonan. “Before the game, we talked to the team about the traditions and history we were celebrating tonight with the 100th anniversary of Historic Riggs Field, and the fact that our performance needed to reflect that. We played well and I was very pleased.”

The first 40 minutes of the game were scoreless before sophomore Oliver Shannon found the back of the net for his fifth goal of the season. Senior T.J. Casner sent a cross into the box and Shannon’s shot went off the left post and into the net. Redshirt senior Kyle Murphy also picked up an assist on the play.

Sophomore Diego Campos gave the Tigers a 2-0 lead on an unassisted goal in the 56th minute. Campos dribbled into the box and launched a diagonal shot from 16 yards for his third goal of the year.

Redshirt junior Andrew Tarbell picked up his second-straight shutout in goal, and now has four clean sheets on the season. For the game, the Tigers took 19 shots and nine corner kicks, compared to the Hokies’ five shots and zero corner kicks.

The Tigers travel to Charlotte on Tuesday, Oct. 6 to take on the 49ers at 7 p.m. The team will be back in action at Historic Riggs Field on Friday, Oct. 9 at 7 p.m. against Louisville.