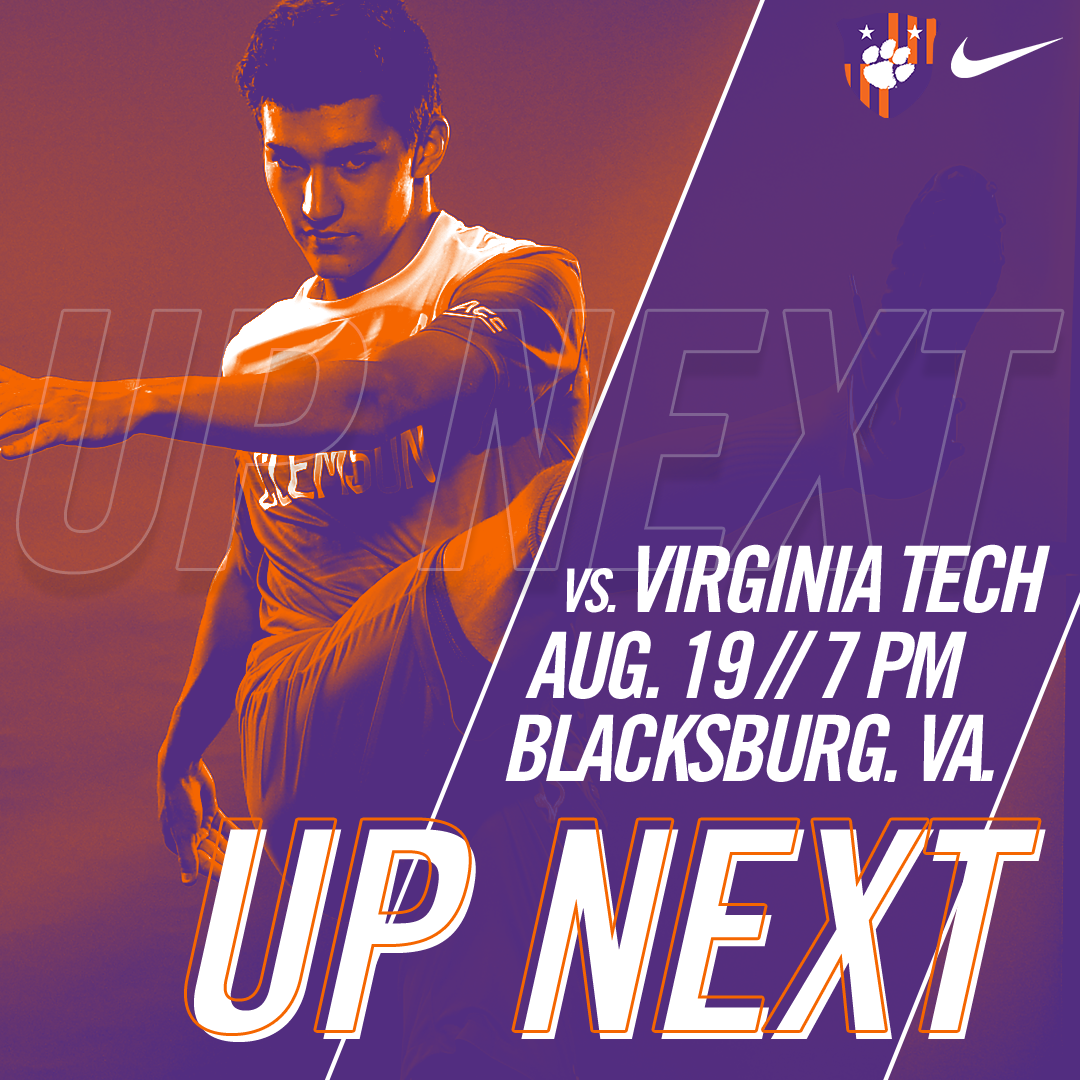 No. 5 Clemson Travels to No. 17 Virginia Tech for Final Exhibition

CLEMSON, S.C. – The No. 5 Clemson men’s soccer team will conclude the preseason with an exhibition tomorrow at No. 17 Virginia Tech at 7 p.m. Following the match with the Hokies, the Tigers begin the regular season against Cal. State Fullerton on Aug. 25 at Historic Riggs Field.

The Tigers won both of their earlier exhibition matches, defeating UAB 3-0 on the road and No. 19 Coastal Carolina 3-1 at Historic Riggs Field. Sophomore Harrison Kurtz, seniors Jason Wright and Diego Campos and freshmen Robbie Robinson and Alexander Hemmingsen have all scored preseason goals for Clemson thus far.

Virginia Tech has seen action in one exhibition match this preseason, a 1-0 win at East Tennessee State. The 2016 squad advanced to the Elite Eight in the NCAA Tournament before falling to Wake Forest and ultimately finished the year with a 13-5-4 overall record and a 3-4-1 record in ACC play.