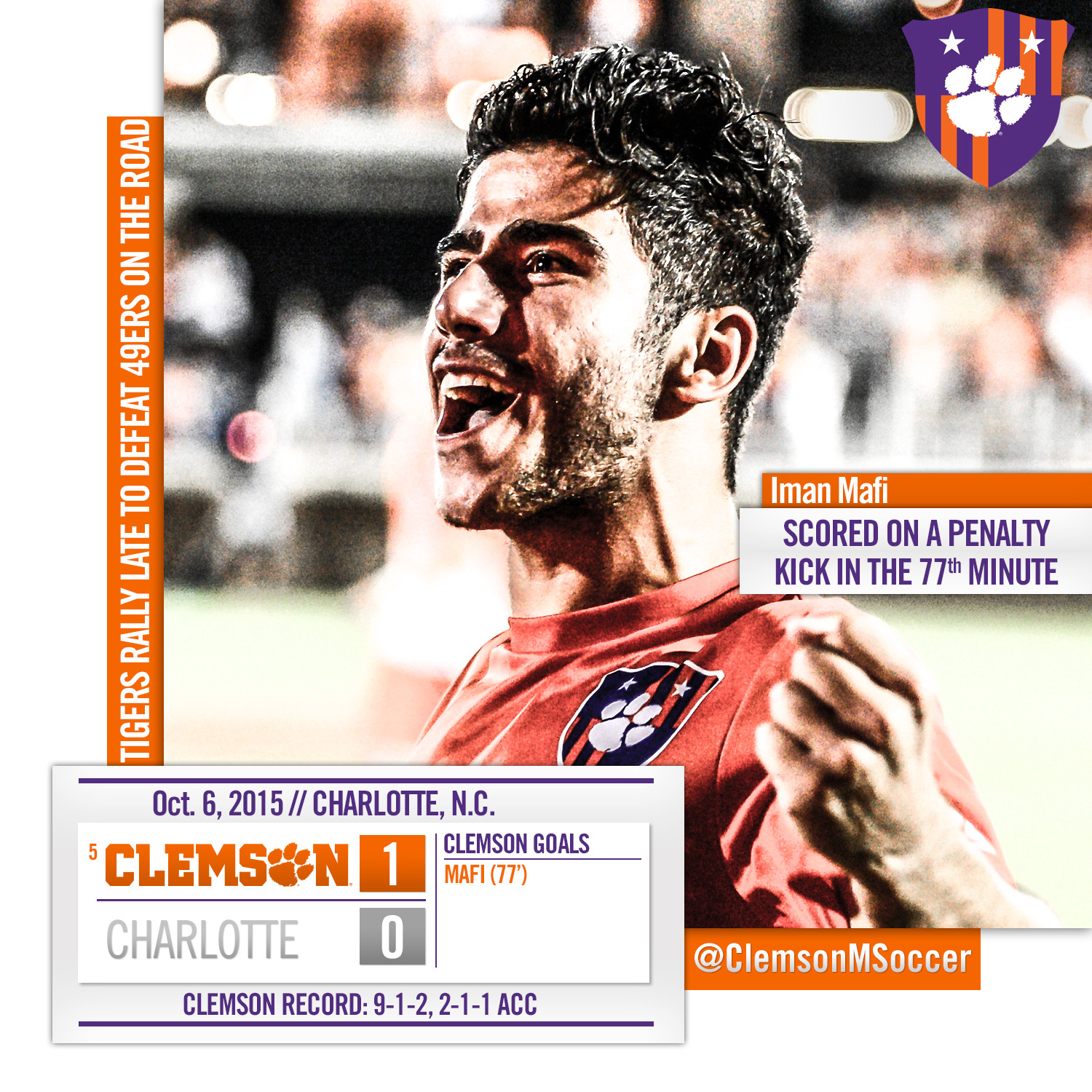 No. 5 Clemson Shuts Out Charlotte 1-0 On the Road Tuesday

WATCH: Go behind the scenes with the team on our trip to Charlotte & for our 1-0 win! #AllTogether #ClemsonUnited pic.twitter.com/DSo5soqKBP

CHARLOTTE, N.C. – The fifth-ranked Clemson men’s soccer team recorded its third consecutive shutout in a 1-0 road win against Charlotte on Tuesday night. With the win, the Tigers improved to 9-1-2, while the 49ers fell to 3-4-2 with the loss.

“It was a great, gritty team win tonight against a good Charlotte team,” said Head Coach Mike Noonan. “A number of players stepped up to the challenge, but I thought Andrew Tarbell’s play and leadership were particularly significant.”

The game was scoreless for 76 minutes when sophomore midfielder Michael Melvin was taken down in the box by a Charlotte player, resulting in a penalty kick for the Tigers. Junior defender Iman Mafi handled the penalty kick with ease, scoring his second goal of the season. Mafi now has two goals and four assists for eight points, and is tied with three other Tigers for third on the team in scoring.

Redshirt junior keeper Andrew Tarbell posted his fifth shutout of the season, and his third straight, and has now played over 297 minutes in goal without allowing an opponent to score. Tarbell also tallied four saves against the 49ers, bringing his season total to 38, a figure which ranks first in the ACC. His goals against average of 0.57 and his save percentage of .844 also currently lead all conference goalkeepers. Tarbell also ranks in the top 20 in the nation in both statistical categories.

Clemson returns to action this Friday, Oct. 9 when it plays host to Louisville in a 7 p.m. contest at Historic Riggs Field. Tickets can be purchased online at ClemsonTigers.com.