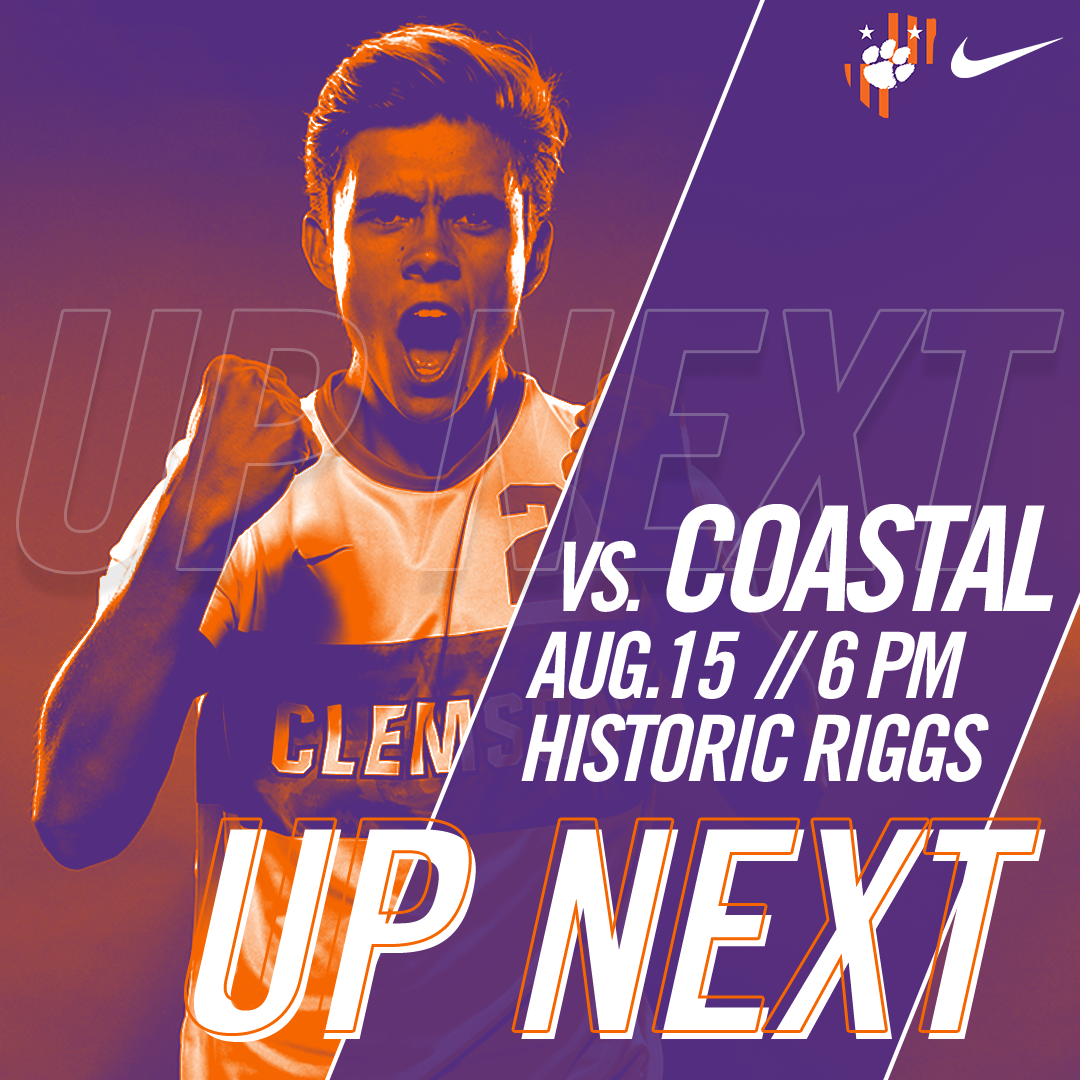 CLEMSON, S.C. – The No. 5 Clemson men’s soccer team will play in its only home exhibition match of the 2017 preseason on Tuesday night at 6 p.m., when the No. 19 Coastal Carolina Chanticleers visit Historic Riggs Field. The match is open to the public and admission is free.

The Tigers travelled to UAB on Saturday for their first exhibition of the preseason, and two goals from sophomore Harrison Kurtz and another from senior Jason Wright led the Tigers to a 3-0 win.

Coastal Carolina defeated Georgia State to win the 2016 Sun Belt Championship in the Chanticleers’ first season in the conference. After falling to Wake Forest in the second round of the NCAA Tournament, the Chanticleers finished the season with a 10-7-3 overall record and a 3-1-1 record in conference play.

After Tuesday’s matchup, the Tigers will travel to Virginia Tech for their final exhibition on Saturday before opening the 2017 season against Cal. State Fullerton on Aug. 25.