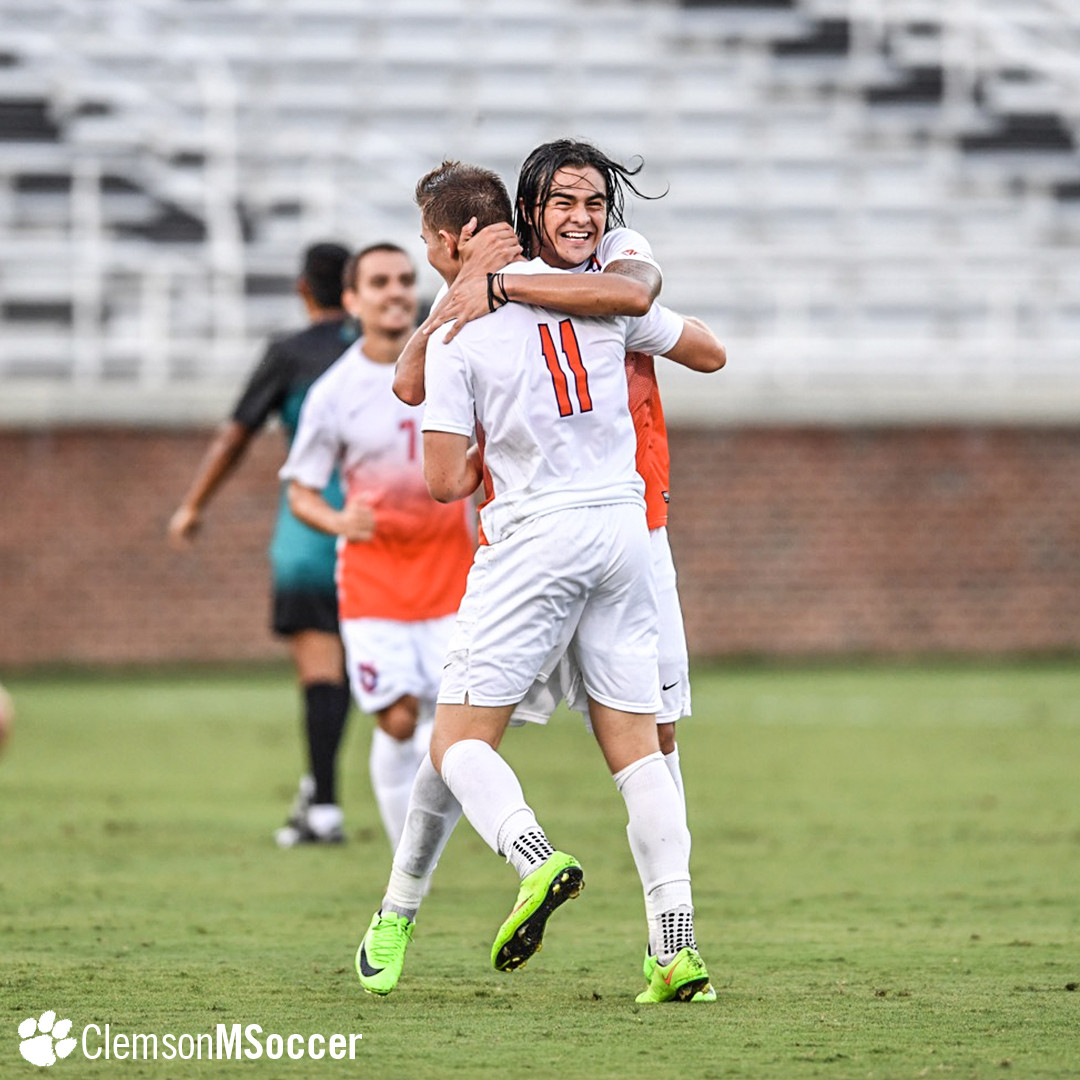 No. 5 Clemson defeats No. 19 Coastal in Exhibition

CLEMSON, S.C. – Diego Campos had a goal and an assist on a Robbie Robinson score as the No. 5 Clemson men’s soccer team downed No. 19 Coastal Carolina 3-1 in an exhibition at Historic Riggs Field on Tuesday. It was the Tigers’ second exhibition win in as many games.

The two teams played an evenly-matched first half and took a scoreless tie into halftime. Then Campos played a through ball from just past the halfway line in the 49th minute that found Robinson behind the defense inside the 18-yard box, where the freshman slotted in the opening goal.

In the 73rd minute, Campos capitalized on a loose ball at the top of the box, where he was able to finish from 20 yards out and give the Tigers a 2-0 advantage. The Chanticleers got on the board off a corner kick with 12 minutes to play, but Saul Chinchilla placed a cross from the left side that found the head of Alexander Hemmingsen for a goal that brought the Tigers’ lead back up to two goals.

“Coastal presented a very stiff challenge, and gave us everything that we need in a preseason game,” said head coach Mike Noonan. “I thought our response in the second half was good. I thought that we played very well in periods of the game. I was very happy with our younger players who came in at the end and killed the game. It’s another opportunity, and now we’ve got to get better during the week to get ready for Virginia Tech.”

Clemson travels to Virginia Tech for its final exhibition of the 2017 preseason on Saturday at 7 p.m. The Tigers then open the regular season on Aug. 25 against Cal. State Fullerton at Historic Riggs Field.