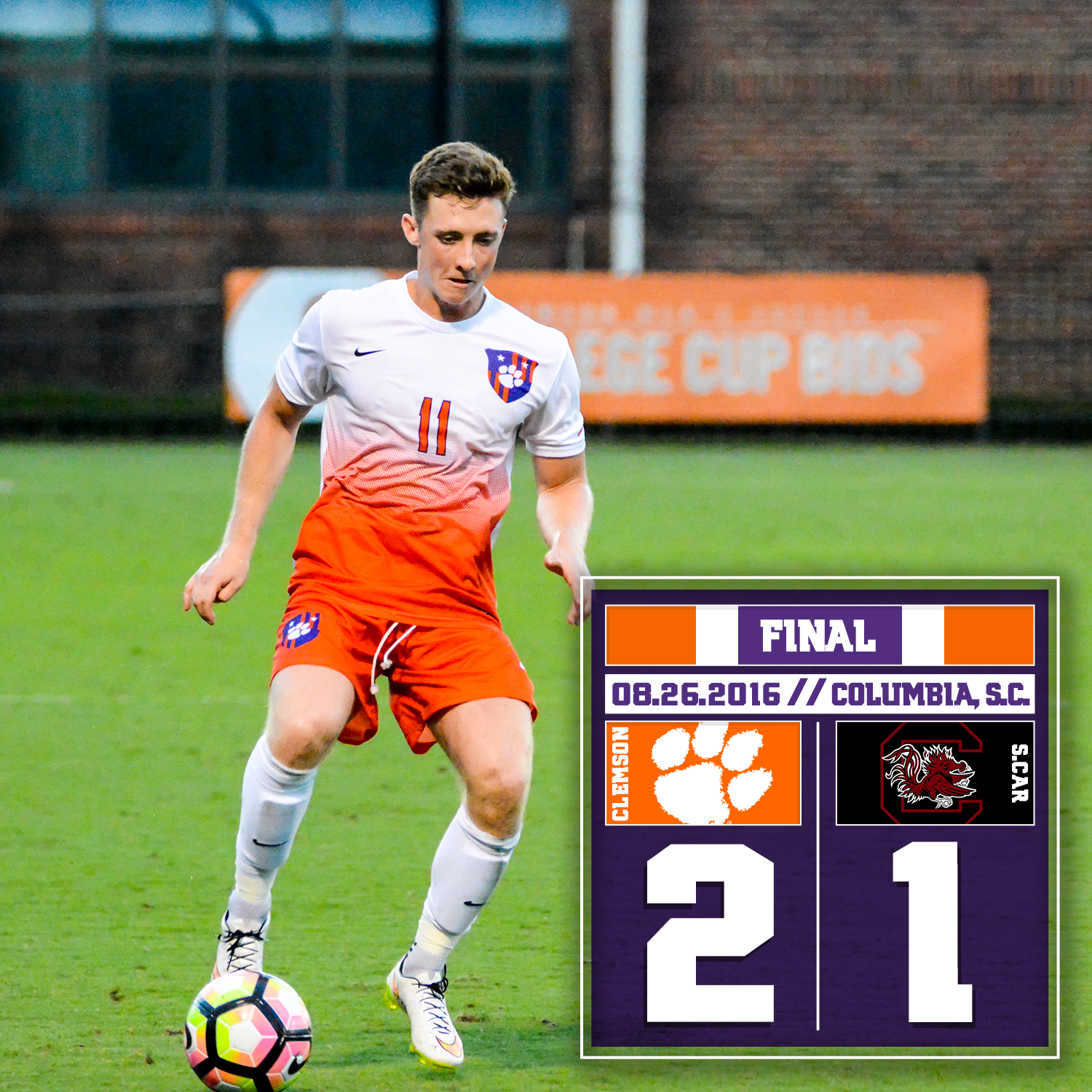 No. 3 Tigers Open Season With a 2-1 Victory Over No. 24 South Carolina in Columbia

Through the first ten minutes at Stone Stadium, the Tigers and Gamecocks looked to settle into the first match of the season for both sides. The first breakthrough of the came from Burnikel, who capitalized on a miscue by a Gamecock defender in their own box. Just four minutes later, the Gamecocks found themselves a fortune goal on a ball that looked to be cleared off the goal line that was ruled a goal. Jones put the Tigers back on top when he put away a free kick in the bottom left corner from 30 yards out, giving Clemson a 2-1 lead going into the half.

Early in the second half, the Gamecocks threatened, but sophomore goalkeeper Ximo Miralles provided two quality saves to keep the score at 2-1 in favor of the Tigers. As play began to pick up, the Gamecocks picked up two quick yellow cards in two minutes. Miralles continued to make great saves as South Carolina pressed, giving the Tigers what they needed for a 2-1 victory over rival South Carolina to start the 2016 season.

“Obviously, we are very happy with winning the match and getting the point in the Palmetto Series,” said Head Coach Mike Noonan. “I think our team showed a toughness and edge to compete and credit to a good South Carolina team. We are happy for all the Tiger fans in the state, but we also know there is room to improve, and we look to do that Sunday in our home opener against Providence.”

Clemson hosts the Friars on Sunday, Aug. 28 at 6:30 p.m. at Historic Riggs Field. Tickets may be purchased at the gate prior to the match, or online at ClemsonTigers.com, HERE.