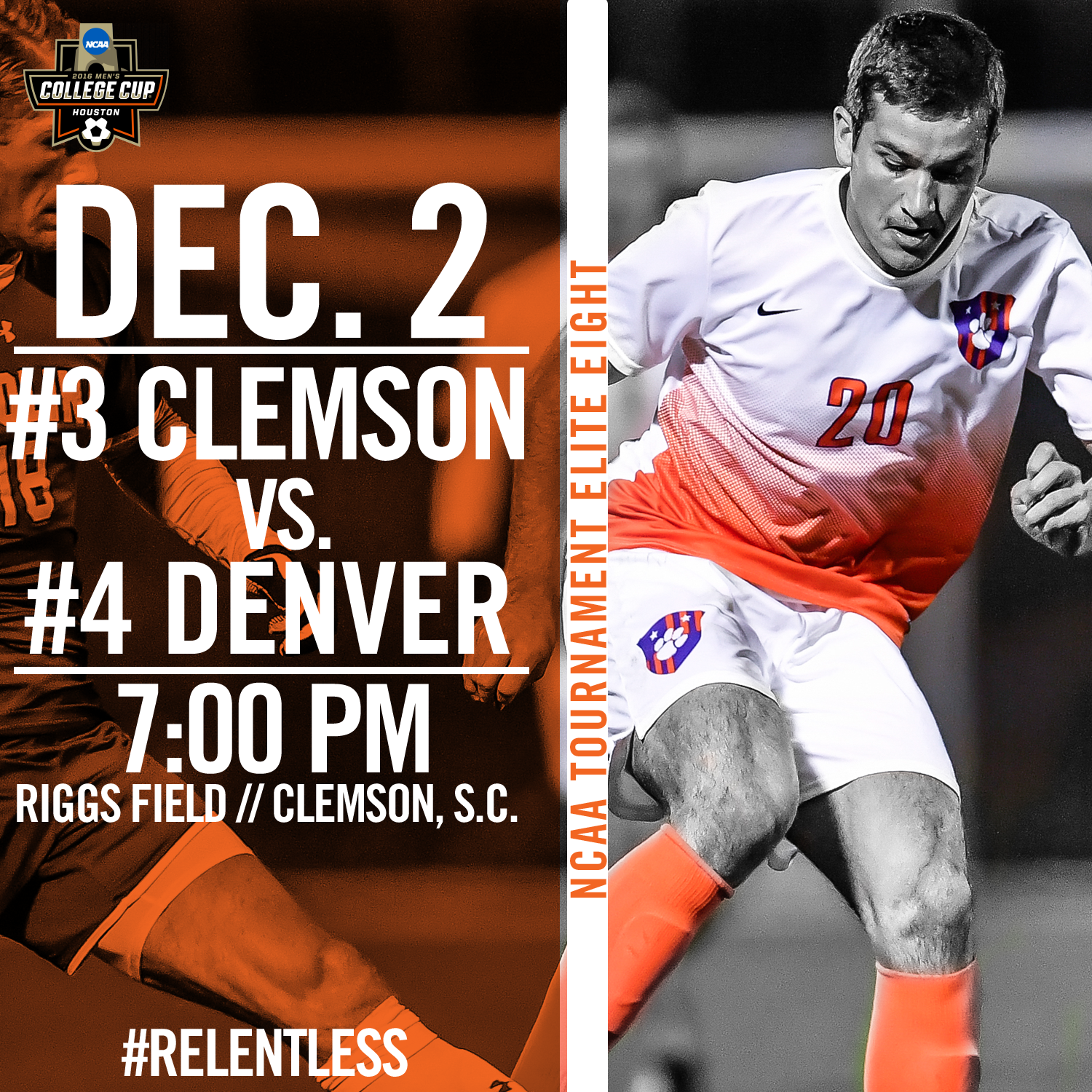 No. 3 Clemson Meets No. 4 Denver in Elite Eight Friday

Ticket Information: Tickets can be purchased online at ClemsonTigers.com or at the Historic Riggs Field gates prior to the match on Friday. The match is set to begin at 7:00 p.m. Ticket prices are as follows: