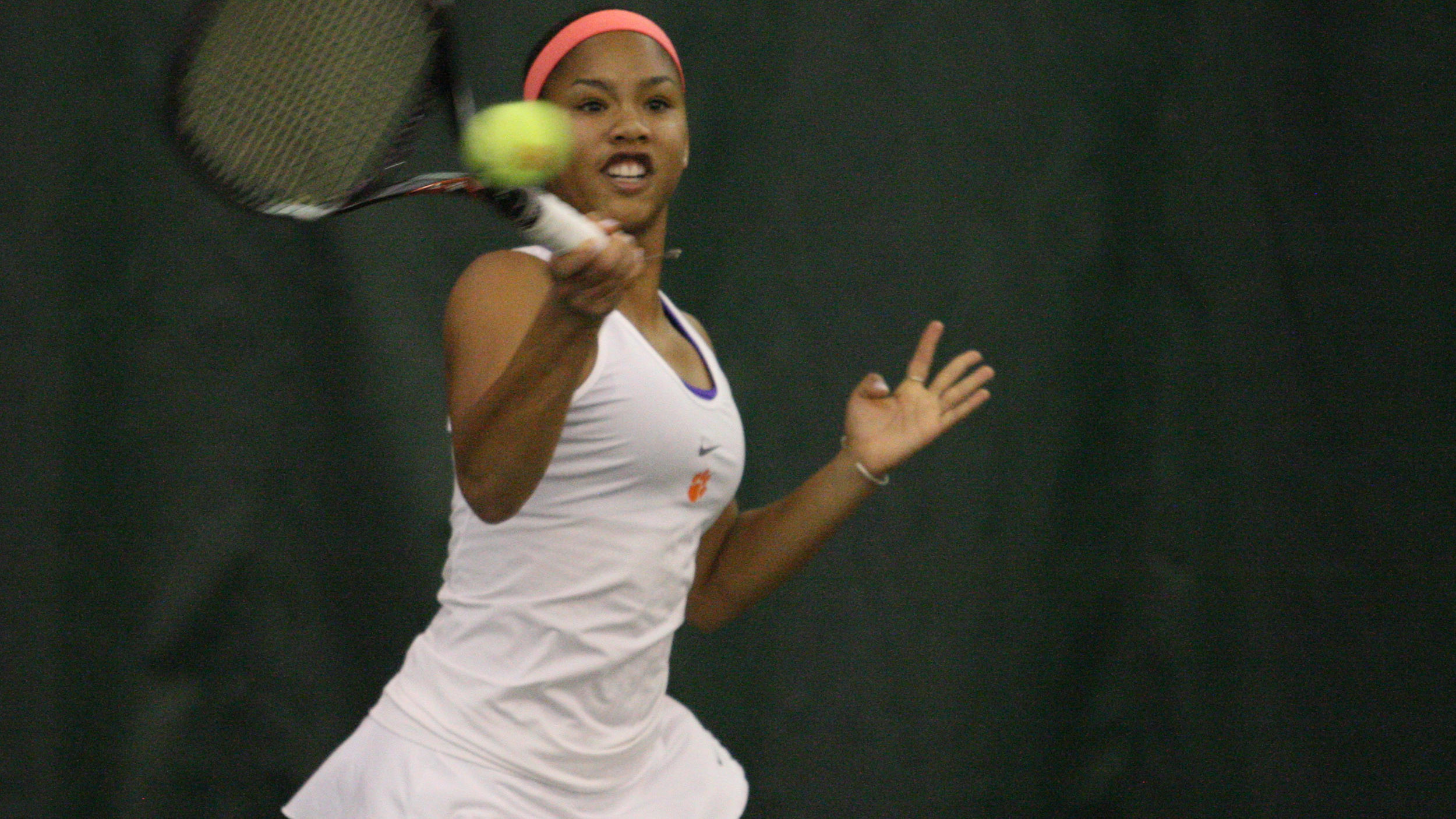 CLEMSON, SC – The 23rd-ranked women’s tennis team will travel to Florida to play No. 16 Florida State (8-1, 1-0 ACC) in Tallahassee at 3:00 pm on Friday and No. 15 Miami (6-3, 0-1 ACC) in Coral Gables at noon on Sunday. Clemson (3-4, 1-0 ACC) is looking to get back on track after a pair of losses to top-15 opponents last weekend in Gainesville, FL. The Tigers certainly come in as a tested team. Including this coming weekend, eight of Clemson’s nine matches this season will have been against top-25 competition, including three top-ten teams. Clemson’s ACC win this season came against then-No. 22 Georgia Tech, while Miami and Florida State played against one another last week, with FSU taking a 4-3 decision. Clemson is 28-8 all-time against Florida State, and is 10-2 in Tallahassee. Miami has had Clemson’s number, winning 24 of 28 meetings all-time. The Tigers enter the weekend with three players ranked among the top-50 nationally in singles. Yana Koroleva (27th), Liz Jeukeng (29th), and Beatrice Gumulya (44th) have held down the top of the lineup, and each have wins over top-15 players nationally this season. Gumulya is 23-2 in her last 25 matches, and holds a 12-2 mark this year. Koroleva is 9-6 overall, and Jeukeng is 6-2, with five wins over ranked players. Florida State’s Daneika Borthwick (37th), Francesca Segarelli (72nd), and Mia Vriens (118th) are ranked this week for the Seminoles. For the Canes, Kelsey Laurente (72nd), Clementina Riobueno (91st), and Lina Lilekite (110th) find themselves among the top players nationally as well. After playing FSU and Miami on the road, Clemson will return home for a meeting with No. 24 Baylor on March 8.