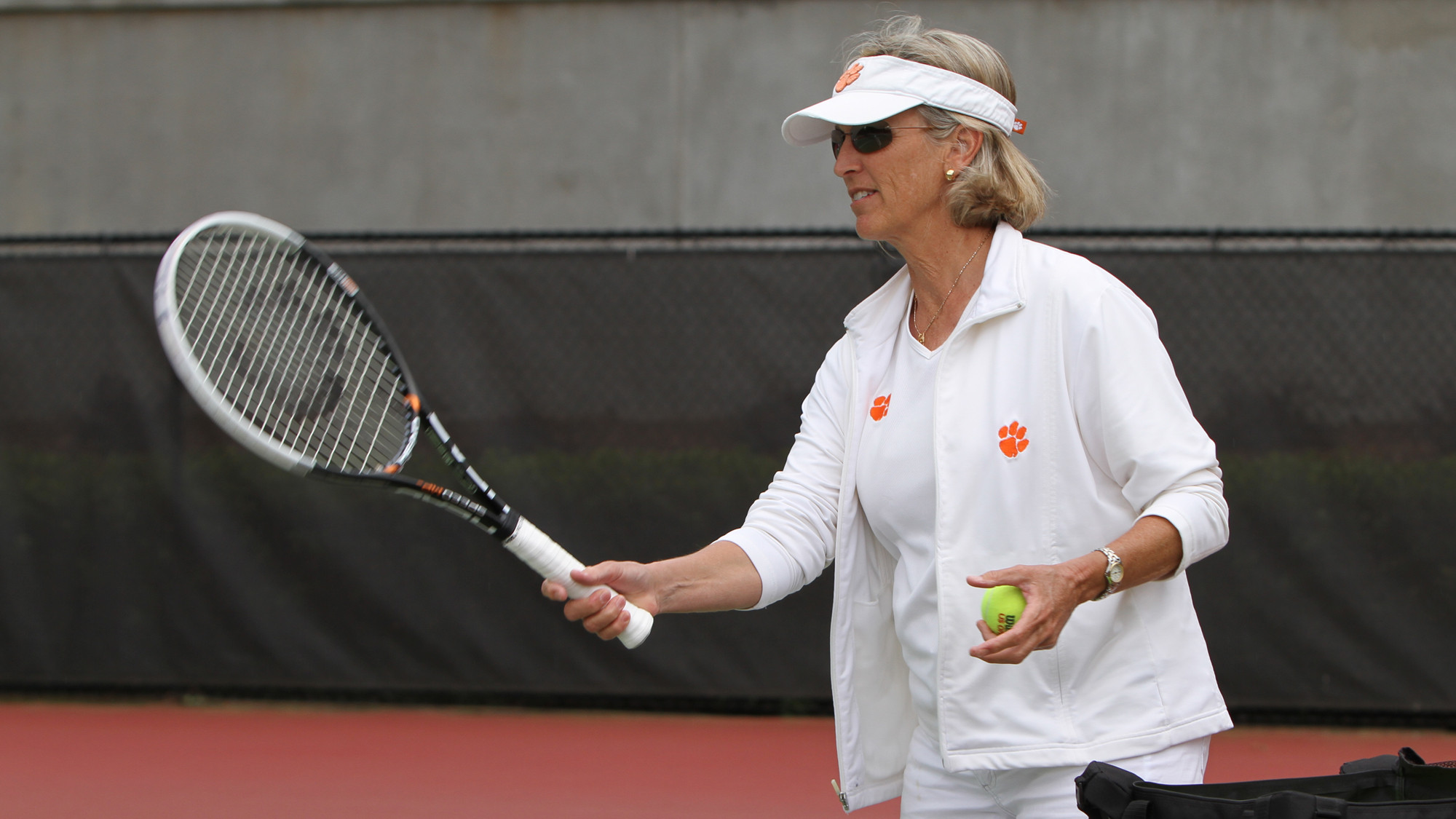 No. 20 Women’s Tennis To Compete in ITA Kick-off Weekend

CLEMSON, SC – The 20th-ranked Clemson women’s tennis team will travel to Tuscaloosa, AL to take on No. 24 Tulsa on Saturday at 3:00 pm in the ITA Kick-off Weekend. The ITA Kick-off Weekend serves as the first two rounds of the 2013 ITA National Team Indoor Championships (NTIC), which features 61 of the best teams in the country (Four teams at 15 sites, and one national host). All matches will be played at the Roberta Alison Baumgardner Tennis Facility.

The region’s top seed, No. 10 Alabama, is the site host, and will play No. 52 Memphis at 11:00 am on Saturday. The winners of Saturday’s matches will play at 3:00 pm on Sunday for a chance to compete at the Final 16 of the NTIC, held this year at the Boar’s Head Tennis Club in Charlottesville, VA.

Live scoring will be available for all matches, and there will be updates provided on twitter by @AlabamaWTN.

The 15 universities hosting ITA Kick-Off Weekend sites were designated as hosts in order of their year-end 2012 ITA National Team ranking. Three visiting schools will travel to each host site for a four-team playoff. The host school will meet the No. 4 seed, the No. 2 seed will play the No. 3 seed.

Clemson actually enters this weekend as the three-seed, despite a higher current ranking than Tulsa. Clemson finished 25th in the final 2012 poll, while Tulsa checked in at 23rd.

The Tigers did compete this past weekend at the Clemson Winter Indoor Classic, compiling a total of a 10-1 record in singles and a 9-0 mark in doubles. The Tigers will be one of the youngest teams in the nation this season, with three sophomores, four freshmen, and no juniors or seniors.

Despite the youth, Clemson has strong depth, with three players among the top-80 nationally, led by Yana Koroleva at 32nd overall. Romy Koelzer (69th) and Beatrice Gumulya (77th) are also included in the rankings.

Koroleva will play at No. 1 singles for the Tigers to start the season, and she’ll be followed by Liz Jeukeng at two, Gumulya at three, Tristen Dewar at four, Koelzer at five, and Ani Miao at six. Only Gumulya and Koelzer have experience in dual matches, playing last season on Clemson’s NCAA Tournament team. Both players won both of their NCAA Tournament matches against Arizona State and Georgia.