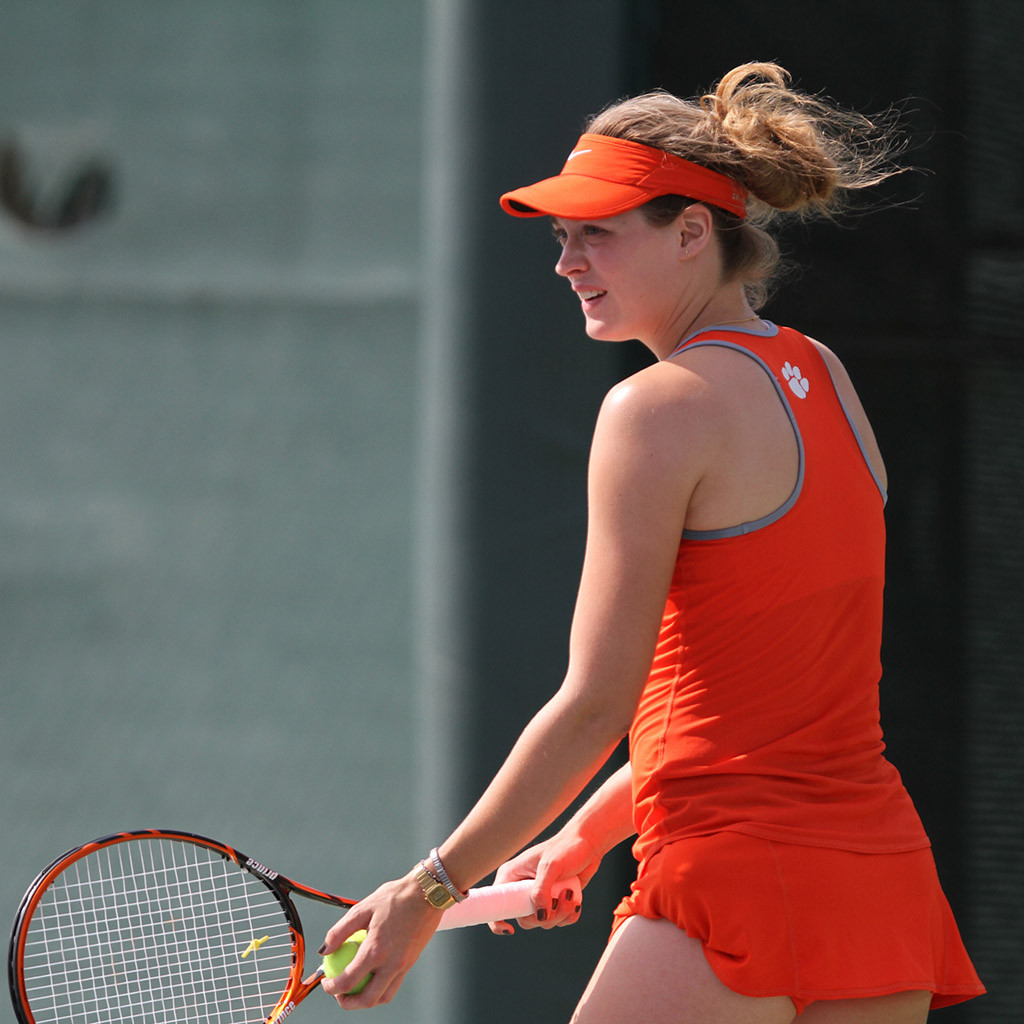 CLEMSON, S.C. – In the 50th all-time meeting between the Clemson and Duke women’s tennis teams, the Blue Devils prevailed 4-3 on Friday afternoon in Durham. The Tigers, ranked 20th, fell to 13-8 on the season and 8-4 in ACC play, while the Blue Devils, ranked 22nd, improved to 14-7 and 9-2 in conference action.

In doubles play, all three matches were close throughout. Jessy Rompies and Beatrice Gumulya, ranked third nationally, got the first win of the match by defeating their Duke opponent 8-6 at No. 1. The duo is now 26-4 overall and 8-2 in ACC matches. Romy Koelzer and Yuilynn Miao at No. 2 and Joana Eidukonyte and Daniela Ruiz at No. 3 both saw their matches come down to the wire. Ultimately, No. 74 Eidukonyte and Ruiz fell in a tiebreak, 8-7(5), and minutes later Koelzer and Miao were defeated 8-6 to give Duke the doubles point.

The Tigers return home for their final two regular season matches. Clemson hosts Boston College this Sunday, April 12 at 11 a.m. before concluding the regular season with Senior Day on Friday, April 17 against Notre Dame. The match against the Irish is scheduled for 2:30 p.m.