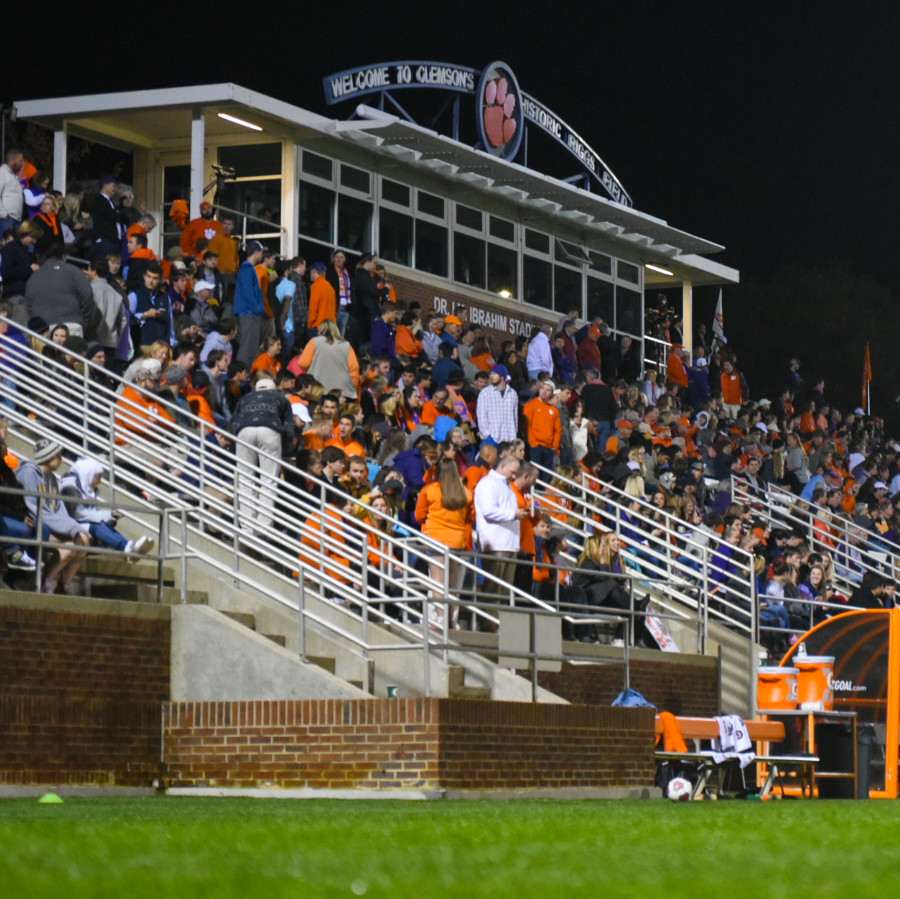 No. 2 Clemson Falls to No. 8 Syracuse in ACC Semifinals Wednesday

CLEMSON, S.C. – The second-ranked Clemson men’s soccer team saw it’s 2015 ACC Tournament come to an end in the semifinals on Wednesday night at Historic Riggs Field, following a 2-0 loss to No. 8 Syracuse. The loss was the Tigers’ first suffered at home this season, and dropped the team’s record to 15-2-2. The Orange, on a hot streak after advancing over North Carolina in penalty kicks in Chapel Hill in the ACC Quarterfinals, improved to 12-5-3 with the win.

“When we were down 1-0 coming out of halftime, I thought we would win,” said Head Coach Mike Noonan. “But after Syracuse scored their second goal, we went away from the things we do well and we rushed our chances in front of the goal. It’s definitely a learning process, as we’ve not been in the situation all season where we’ve been down two goals. It’s painful and disappointing, but sometimes that happens. Give credit to Syracuse, they did a good job taking advantage of their opportunities.

“There are definitely lessons that we must take from this game. I’m still very proud of this team, and still feel that this team is capable of stepping on the field and beating any team in the country.”

Ben Polk scored both Syracuse goals, putting the Orange up 1-0 in the 21st minute, and then giving them a 2-0 cushion in the 58th minute. The first-half goal was scored off of a Syracuse free kick by Louis Cross, while the second-half score was on a cross from the right side by Noah Rhynhart.

Clemson had a 15-8 advantage in shots and a 7-2 advantage in corner kicks for the game, but was unable to capitalize on its chances. Redshirt junior keeper Andrew Tarbell recorded three saves in goal for Clemson.

The Tigers now wait to learn their NCAA Tournament bid, which will be announced in the NCAA Selection Show on Monday, Nov. 16 at 1 p.m. ET. The show will be broadcast on NCAA.com.