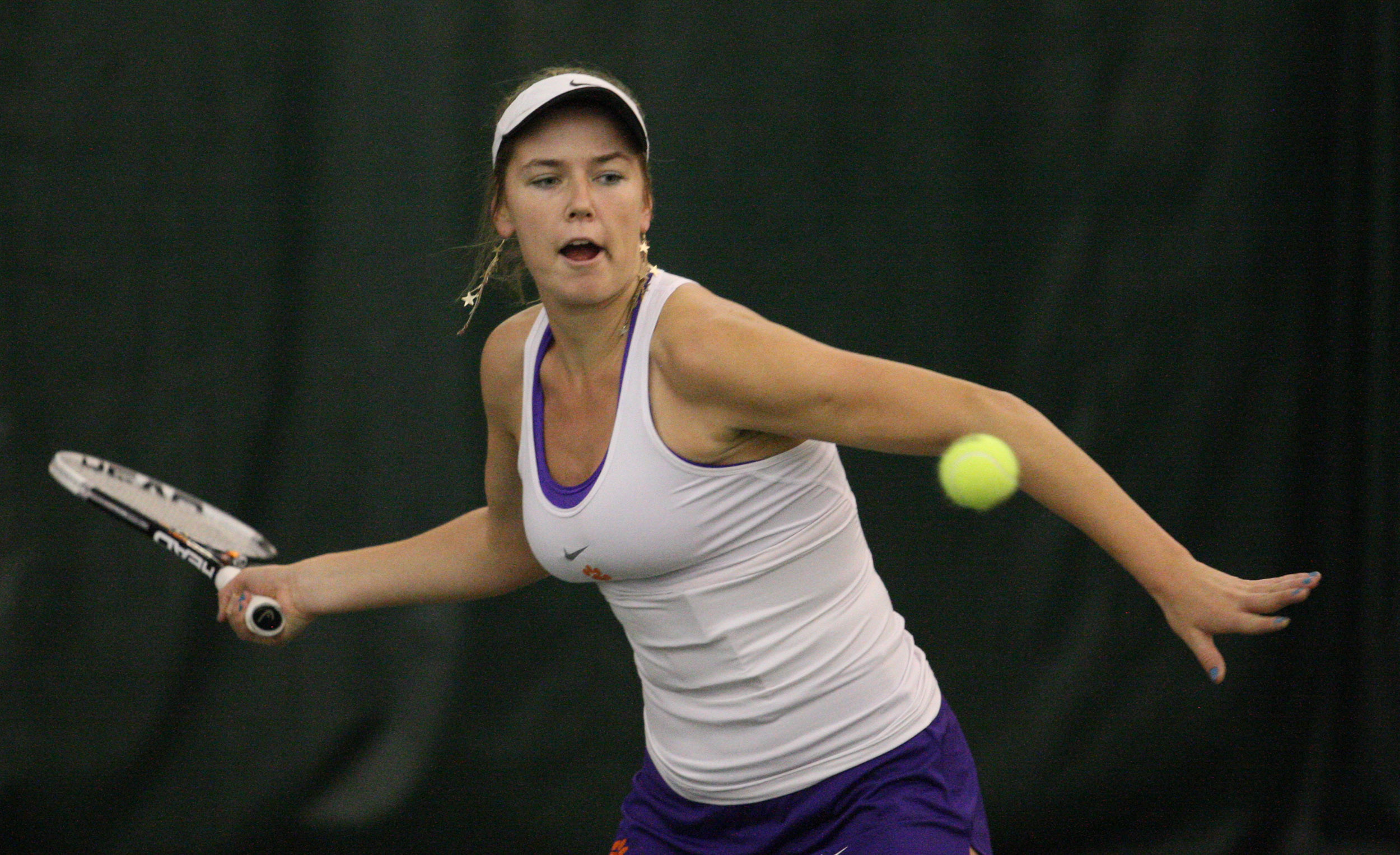 CLEMSON, SC – The 19th-ranked Clemson women’s tennis team will play host to No. 22 Georgia Tech at the Clemson Indoor Tennis Center on Wednesday at 1:30 pm. Both squads sport 2-2 records entering the match, which was originally scheduled for Mar. 6, but was moved up to this week. Live scoring will be available at ClemsonTigers.com.

Clemson is 26-9 against the Yellow Jackets all-time, including a 10-4 mark in Clemson, and has won three of the last four meetings. Last season, Clemson upset the 19th-ranked Yellow Jackets in Atlanta, 4-3. Georgia Tech won the doubles point and took a 3-1 lead, but Clemson received singles wins on courts two, three, four, and five in the victory.

Each team has played three top-25 opponents so far this season, as Clemson topped then-No. 24 Tulsa, but fell to No. 9 Alabama and No. 6 Georgia. Georgia Tech defeated No. 25 Tennessee, and dropped matches to No. 21 Vanderbilt and No. 18 Notre Dame.

Clemson also has a win against No. 30 South Carolina in their most recent action on Feb. 3. It was Clemson’s sixth win over the Gamecocks in the past seven seasons.

Sophomore Beatrice Gumulya enters as Clemson’s hottest player, sporting a 10-1 singles mark this season, and winning her final 11 matches of 2012, a streak that started against Georgia Tech.

Elizabeth Kilborn is Tech’s lone ranked singles player. Kilborn fell to Keri Wong a season ago in what became the clinching singles match in the head-to-head among the teams.

Gumulya, ranked 77th, joins Yana Koroleva (32nd) and Romy Koelzer (69th) as Clemson’s ranked players. Freshman Liz Jeukeng has also been tremendous early on, going 4-1 in the spring, with three of those wins coming against nationally-ranked foes, including No. 13 Alexa Guarachi of Alabama.

After playing Georgia Tech, Clemson will play No. 1 Florida on Feb. 22 and No. 5 Stanford on Feb. 23, with both matches coming in Gainesville, FL. Eight of the preseason top-11 teams appear on Clemson’s schedule this season.