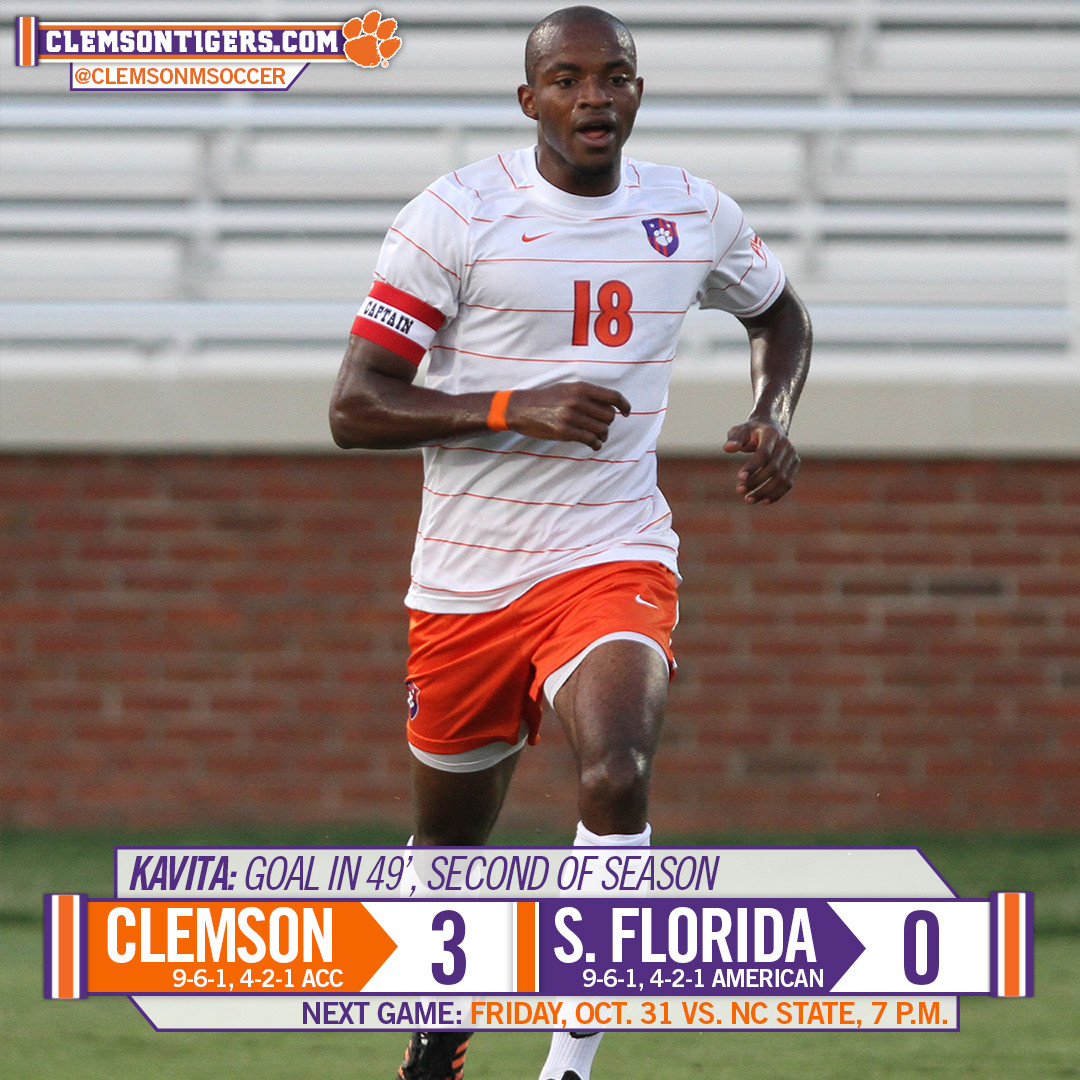 CLEMSON, S.C. – The Clemson men’s soccer team improved to 9-6-1 overall this season with a 3-0 win over No. 25 South Florida tonight at Historic Riggs Field. Seniors Manolo Sanchez, Phanuel Kavita and Bobby Belair all scored for Clemson. Clemson has now won four of its last five matches.

Sanchez’ third goal of the season got the scoring started for the Tigers in the 35th minute. Sanchez headed the ball in off assists from junior Paul Clowes and freshman Saul Chinchilla. Clowes took a corner kick, which went to Chinchilla, who then served it into Sanchez.

Kavita, a captain this season, took a penalty kick in the 49th minute, which found the upper left portion of the goal. The score was Kavita’s second this season.

Belair, the team’s other captain this season, scored his first goal of the season in the 88th minute. Senior Ara Amirkhanian and Chinchilla picked up assists on the score. Amirkhanian took a pass from Chinchilla, then crossed the ball into Belair, who headed it into the goal.

Sophomore goalkeeper Andrew Tarbell picked up his sixth win of the season. He allowed no goals and saved one shot, his fourth shutout this season. Clemson took nine shots to South Florida’s 10. The Bulls were assessed five yellow cards and one red card in the match.

Clemson hosts NC State on Friday, Oct. 31 at 7 p.m. The match will be broadcast on RSN. That match is Clemson’s last of the regular season. The team’s six seniors will be recognized prior to kickoff.