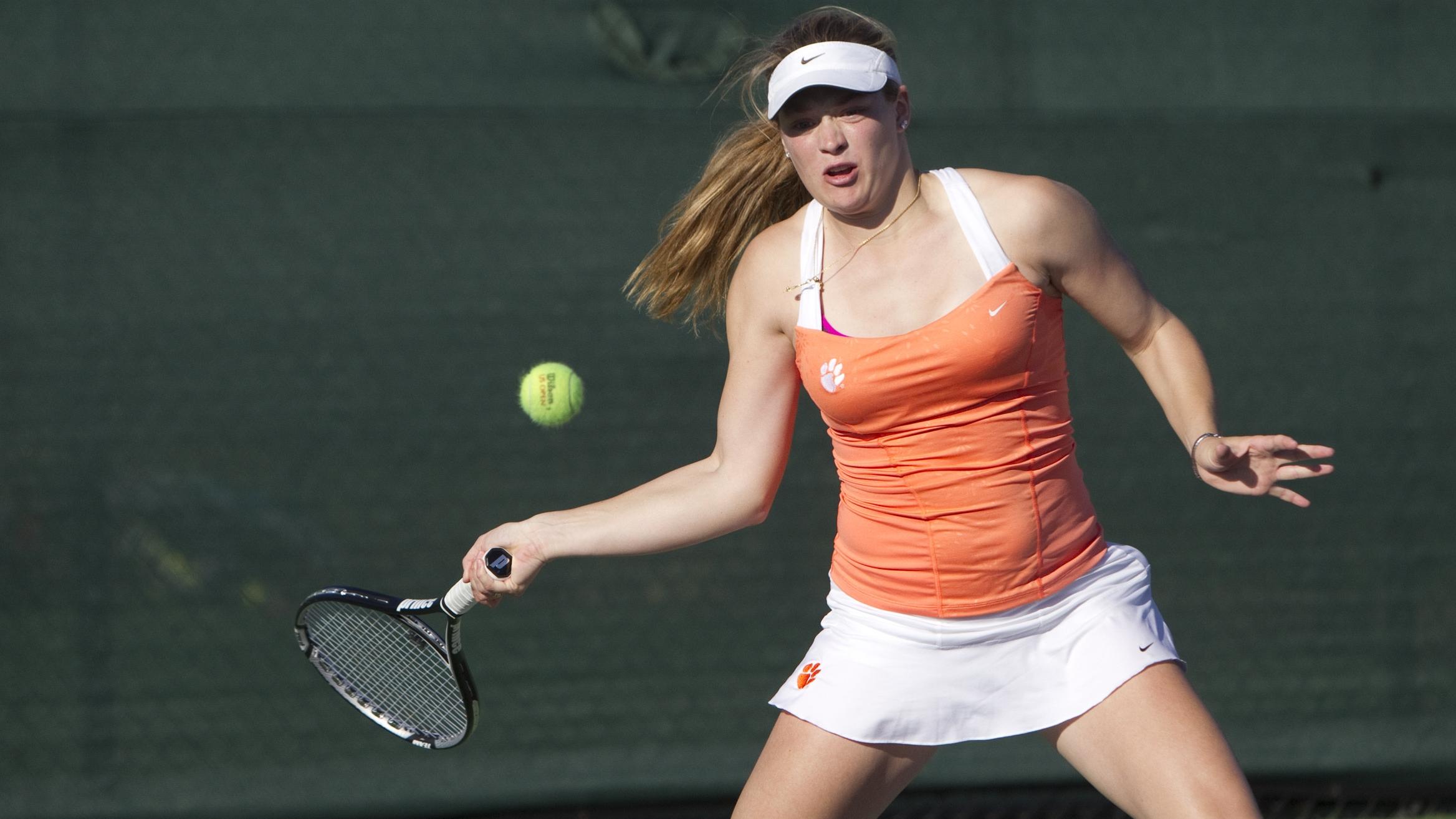 No. 17 Clemson to Play Furman Wednesday

CLEMSON, SC – The 17th-ranked women’s tennis team will play host to Furman (4-5) on Wednesday at 2:30 pm at the Hoke Sloan Tennis Center. It will be the final match for Clemson (5-5) before spring break. Live scoring will be available for the match at ClemsonTigers.com.  Clemson and Furman have met 45 times all-time, with the Tigers holding a commanding 42-3 (.933) mark in the series, and a 24-1 record at home. However, they’ll take on a Furman squad that has won three in a row, including a 4-3 win at No. 56 UC Santa Barbara during their spring break trip last week.  This will be Clemson’s first match against a team ranked outside of the top-30 nationally. The Tigers claim wins this season over No. 24 Tulsa, No. 22 Georgia Tech, and No. 16 Florida State. The Tigers also took down No. 30 South Carolina, and in their most recent action, defeated No. 29 Baylor last Friday.  Though they didn’t play a match this weekend, the team hosted a charity event, Tiger Tennis for Totes, in which they raised more than $1,000 for Tanner’s Totes.  The top of Clemson’s lineup has been tremendous so far this season, with a 19-8 record overall. Yana Koroleva, who is 6-3 at the No. 1 position, has won three straight matches, including an upset of No. 12 Ema Burgic of Baylor last week. Liz Jeukeng also boasts a 6-3 mark, playing at No. 2, while Beatrice Gumulya is the team’s wins leader with a 14-3 record overall and 7-2 record on court three.  After playing Furman, the team will head to Orlando, FL, for a training trip. While there, they’ll play Georgia State on March 19. They won’t play another match after that until welcoming ACC foes Maryland (Mar. 30, 11:00 AM), and Boston College (Mar. 31, 12:00 PM) the following weekend.