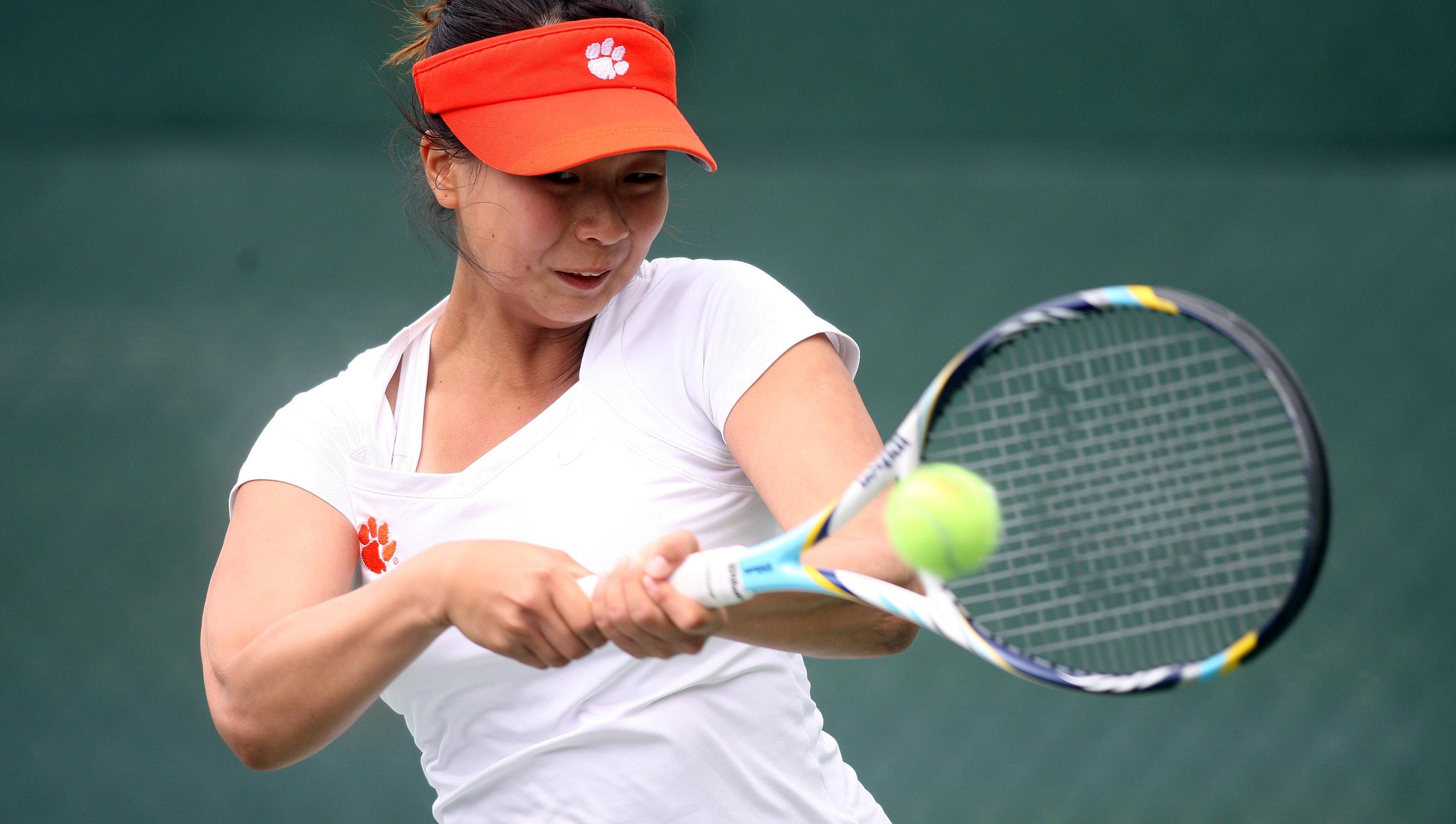 Live scoring will be available for both matches, with links at ClemsonTigers.com

Clemson enters the weekend riding a five-match winning streak overall. Duke has won four straight, and North Carolina is coming off a 4-3 loss to No. 27 Virginia over the weekend. The Tigers have already played six top-15 teams this season, and three squads among the top-ten.

Beatrice Gumulya won her singles match in each of the matches against these opponents last season. Gumulya’s win on court four a season ago against the Tar Heels came against Gina Suarez-Malaguti, who is now playing No. 1 for the Tar Heels and is ranked 9th nationally. The wins came as part of Gumulya’s 11-match winning streak to end the 2012 season.

Clemson, with Yana Koroleva (16th), Liz Jeukeng (42nd), and Gumulya (49th), is tied with North Carolina with three. Overall, five Blue Devils are among the top-125, and four Tar Heels make the cut.

Koroleva has won seven singles matches in a row, six of which have come in straight sets. Also playing well is freshman Tristen Dewar, a winner of five in a row and seven of her last eight, all in straight sets.

After playing these two on the road, Clemson will play four more regular season matches, with two at home and two on the road. The ACC Championships will be held April 25-28 in Cary, NC.