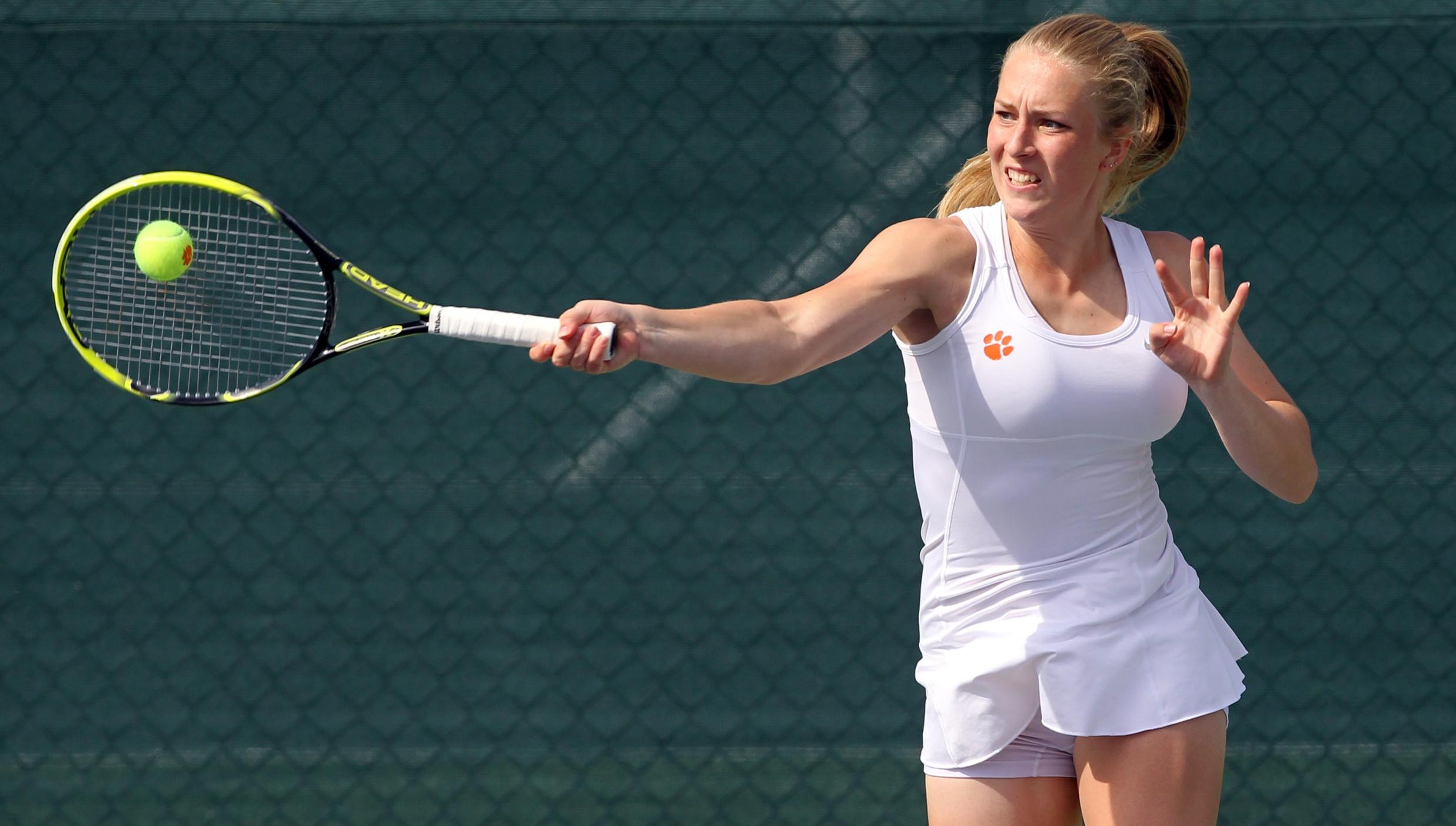 CLEMSON, SC – Playing in the first of four home matches to close the regular season, the women’s tennis team bested Syracuse, 7-0, on a sun-soaked afternoon at the Hoke Sloan Tennis Center on Friday. Clemson (18-4, 10-1 ACC) used a late rally to claim the doubles point and carried the momentum into singles play against the Orange (4-12, 4-7 ACC) in the teams’ inaugural meeting.

Syracuse jumped out of the gate early, earning a quick 8-2 victory over No. 12 Yana Koroleva and Beatrice Gumulya on court one of doubles, while taking a 4-1 lead on both courts two and three. The Tigers roared back with crucial victories, though, solidifying the vital doubles point for the 19th time in 22 matches. Jessy Rompies and Joana Eidukonyte, playing together for just the fourth time this season, battled back to win 8-6 on court three and remain undefeated as a pair. The most thrilling match, though, happened on court two. Tristen Dewar and Yuilynn Miao continuously fought off break points to defeat the Syracuse duo in an electrifying tiebreak match, 8-7(1). They too improve to 4-0 as a pairing.

Four Tigers cruised to straight set victories, including Joana Eidukonyte, playing at the sixth flight. Eidukonyte, playing in just her seventh dual match of the season, pounced on Komal Safdar of Syracuse on her way to a 6-2, 6-3 victory. Eidukonyte remains unbeaten in dual match play, improving to 7-0 and on an eight match winning streak overall. After dropping her last singles and doubles matches, Yana Koroleva got back on the winning track on court one with a 7-5, 6-3 victory. She improves to 10-1 in ACC play this season. Echoing her doubles point, Tristen Dewar fell behind early, but fought back for the victory. After dropping the first set 1-6, she won the second set 6-3 and the third set 7-5 to improve to 26-7 on the year. Jessy Rompies earned the clinching point, winning for the eighth time in the last nine outings. Gumulya and Miao also finished off wins.

The Tigers now prepare to take on No. 16 Miami on Sunday at 12 p.m. before welcoming No. 1 Duke and No. 3 North Carolina next week to close regular season play.