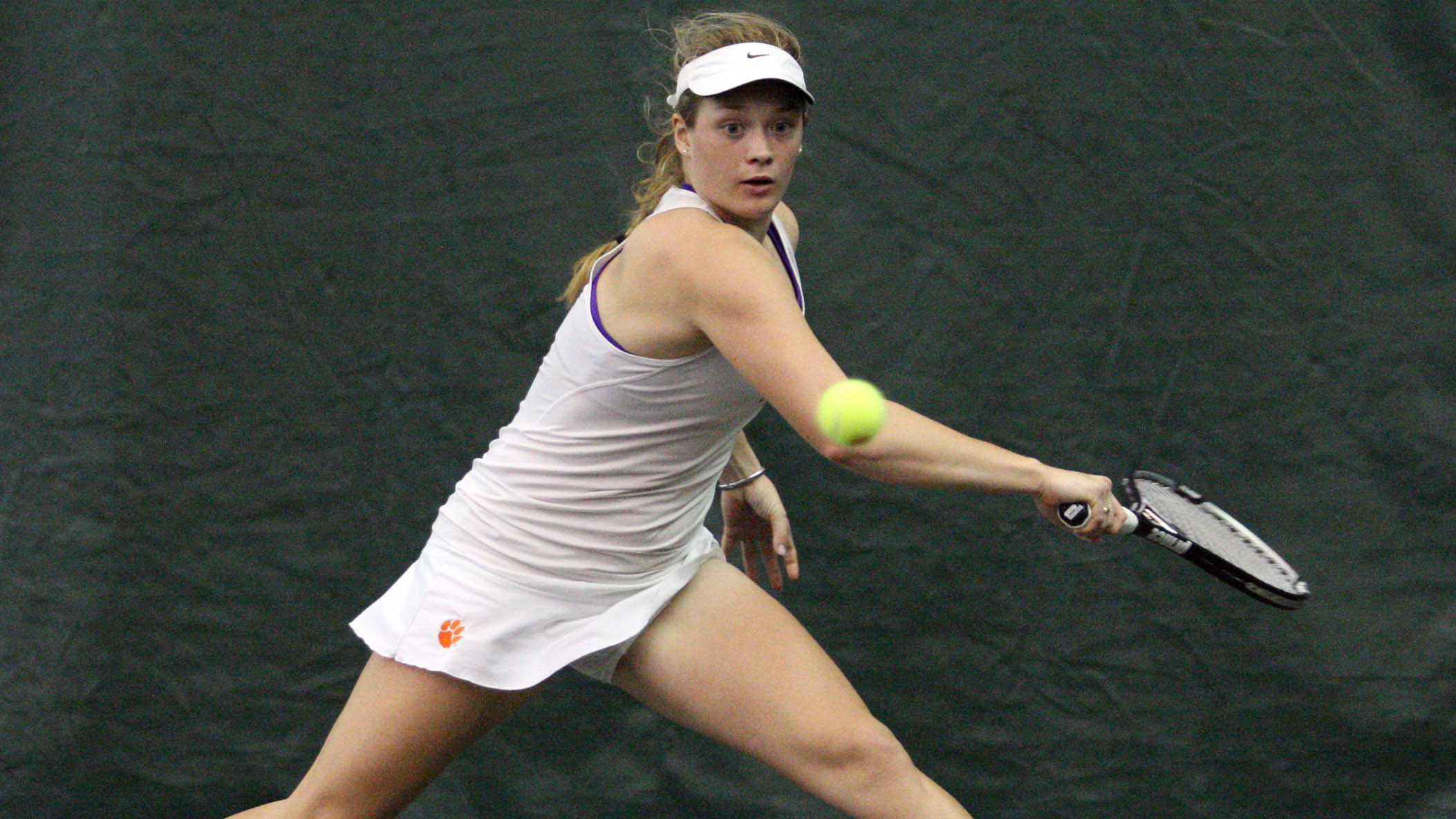 Eight of Clemson’s nine matches this season have been against top-25 teams, and all nine have come against teams in the top-30. The Tigers had defeated No. 16 Florida State in Tallahassee on Friday before falling Sunday to the Hurricanes , who are now 25-4 all-time against the Tigers.

After four straight away from home, Clemson will take on perennial power Baylor in Clemson on Friday, Mar. 8 at 2:30 pm.

No. 27 Yana Koroleva and No. 29 Liz Jeukeng each earned straight-set victories over ranked players, while Romy Koelzer won her match in straight sets on court four. However, neither Beatrice Gumulya, Ani Miao, or Tristen Dewar could extend their matches to a third set, as Miami held on for the win.

Miami took a hotly contested doubles point. After Koroleva and Koelzer locked up a quick 8-1 win on court two, Dewar and Gumulya fell on court one, 8-3 to the 43rd-ranked doubles team nationally.

On court three, Jeukeng and Miao were taking on Brittany Dubins and Kelsey Laurente in what would become the deciding doubles match. Neither team was able to grab any significant edge, and the match, which took nearly an hour and half to complete, finally went the way of Miami in a 9-8 (4) tiebreak decision.

In singles, Miao was first to fell, dropping her match to Melissa Bolivar, 6-0, 6-4, on court five. Romy Koelzer put Clemson on the board with her 6-3, 6-4 win over Minque Albuquerque on four.

Clemson then took the upper hand, as Yanan Koroleva beat No. 110 Lina Lileikite, 7-5, 6-4 on court one and Jeukeng closed out No. 74 Kelsey Laurente, 7-5, 6-4, which sent the decision to Dewar on six and Gumulya on three.

Dewar threatened but was not able to force a third set against No. 91 Clementina Riobueno, who won 6-2, 6-4, to set up a great finish between Gumulya and Stephanie Wagner.

Gumulya, a winner in 23 of her last 25 matches entering the day, dropped the first set, 7-5, and couldn’t get much going in the second set, as Wagner upset the 44th-ranked player in the nation with a 6-3 decision in the second set.