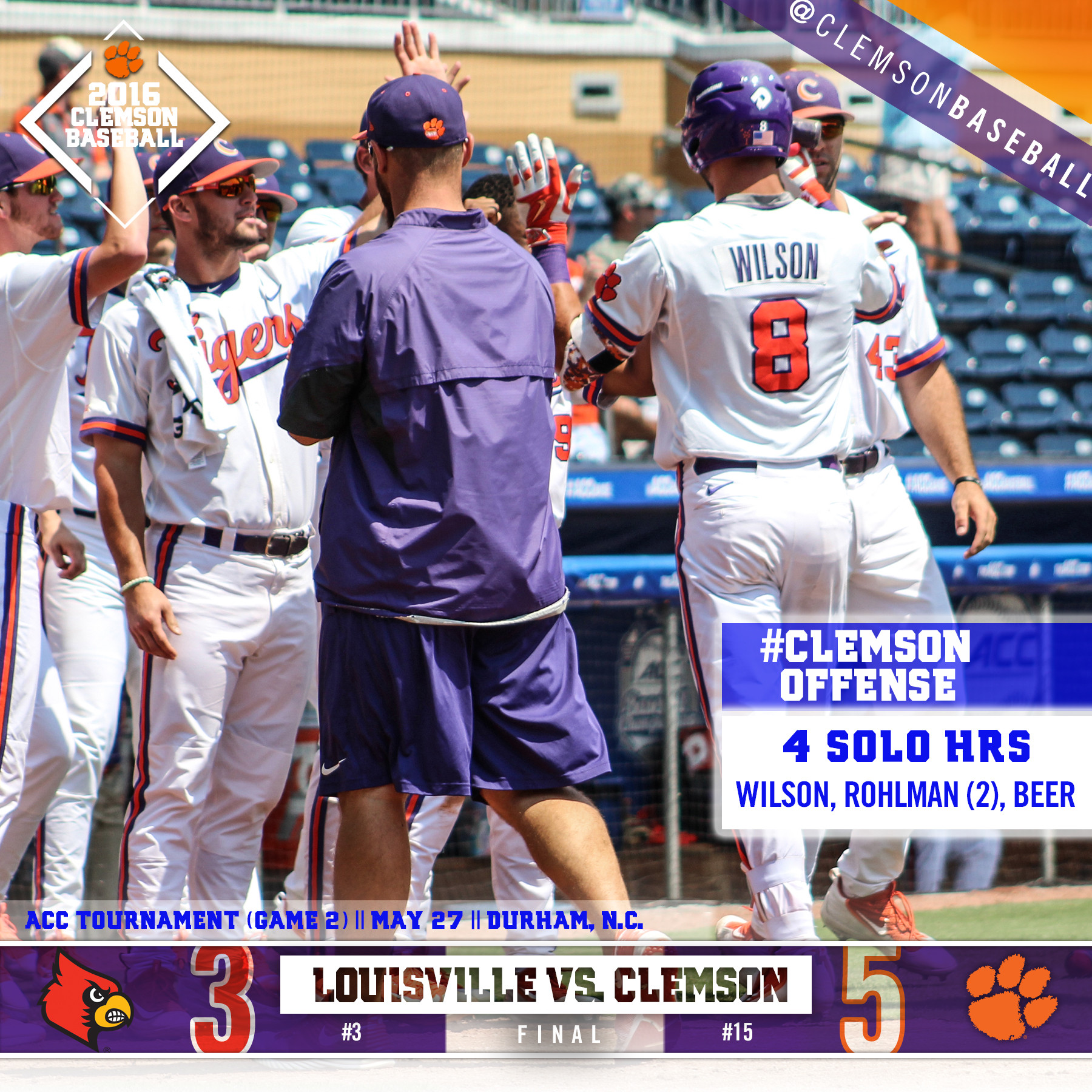 DURHAM, N.C. – The No. 15 Clemson Tigers hit four homers, including the first two of the year by Reed Rohlman, in their 5-3 win over No. 3 Louisville in the ACC Tournament at Durham Bulls Athletic Park on Friday. The Tigers, who improved to 2-0 in the tourney, upped their record to 40-18 and won their seventh game in a row, while the Cardinals, who fell to 1-1 in the tournament and saw their 10-game winning streak end, dropped to 47-11.

Weston Wilson belted a long solo homer, his sixth of the year, in the second inning to tie the score 1-1, then the Cardinals scored single runs in the third and fourth innings to build a 3-1 lead. Rohlman laced his first homer of the year in the fifth inning, then Seth Beer was hit-by-pitch with the bases loaded to tie the score again. In the sixth inning, Rohlman crushed another solo homer to give the Tigers a 4-3 lead. He became the seventh Tiger and first since 2000 (Jeff Baker) to hit two homers in an ACC Tournament game. Beer added a solo homer in the seventh inning, his 16th of the season to set a Tiger freshman record.

Senior righthander Clate Schmidt (8-4) earned the win by tossing 8.2 strong innings, allowing eight hits, three runs (two earned) and one walk with six strikeouts. Pat Krall recorded the last out to register his fifth save of the year. Louisville starter Brendan McKay (11-3) suffered the loss, as he gave up five hits, four runs and five walks with four strikeouts in 5.1 innings pitched.

The Tigers play No. 10 seed Wake Forest on Saturday at 11 a.m., on RSN and ESPN3 (subject to blackout). Clemson is the designated visiting team and will occupy the first-base dugout.