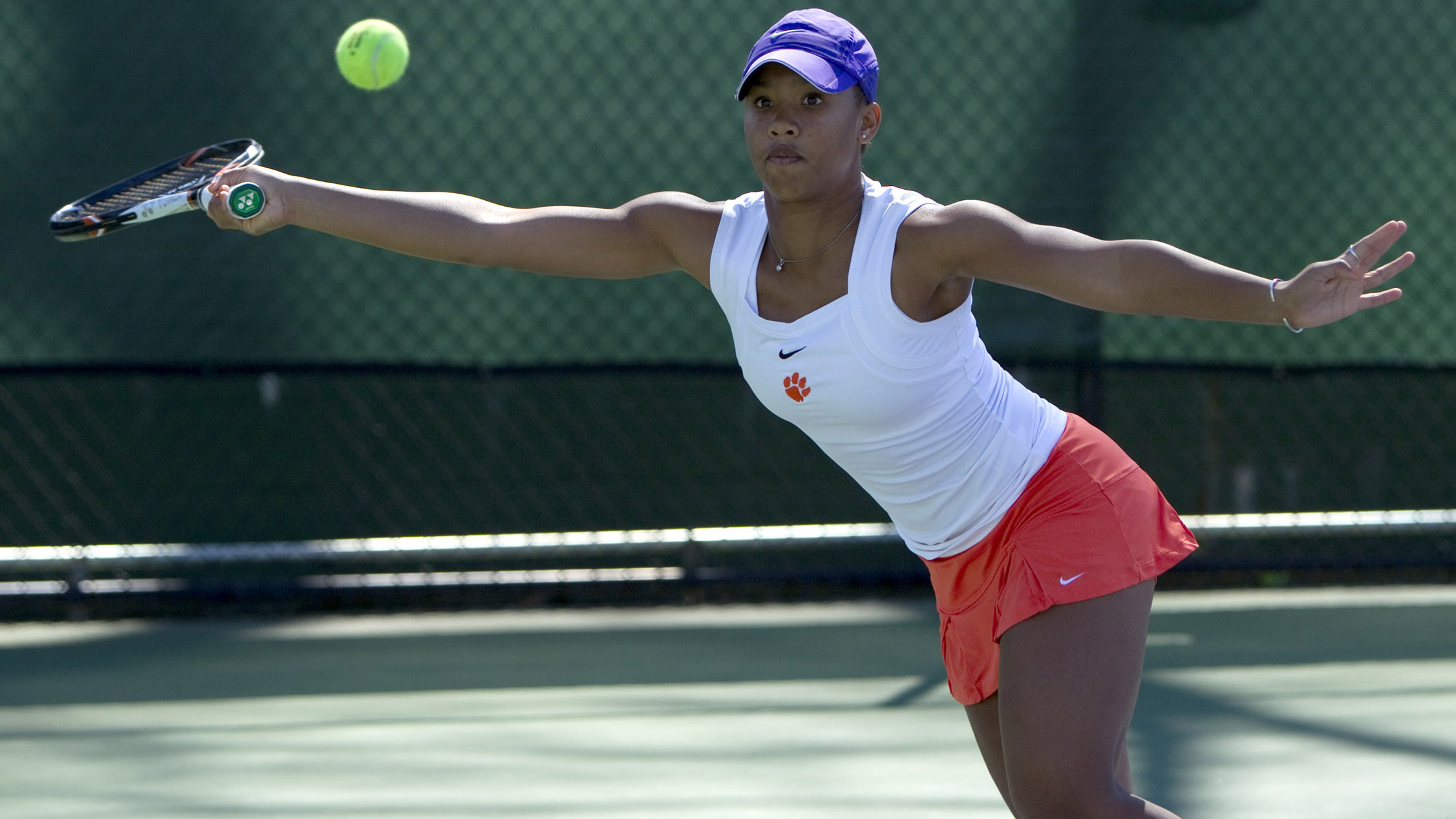 No. 14 Clemson Tops No. 46 Georgia State in Orlando

ORLANDO, FL – The 14th-ranked Clemson women’s tennis team defeated No. 46 Georgia State, 6-1, at the Orlando Tennis Center in Orlando, FL, on Tuesday. It was Clemson’s third straight win, upping their record to 7-5 on the season, while the Panthers fell to 6-8 on the year. The match was Clemson’s final non-conference bout of the season.

Georgia State, Clemson’s first-ever opponent in women’s tennis in 1976, is now 0-6 going up against the Tigers all-time, although the schools had not met in 11 years prior to Tuesday.

The Tigers took the doubles point for the third straight match with wins on courts two and three. Yana Koroleva and Romy Koelzer won the deciding match on court two, with an 8-6 win over Maryna Kozachenko and Jocelyn Ffriend. The Tiger duo has won four straight matches together. Ani Miao and Beatrice Gumulya also earned an 8-2 win on court three. They’re now 3-1 on the season together.

Clemson won five singles matches, beginning with No. 34 Liz Jeukeng earning a 6-1, 6-1 win against Masa Grgan on court two to improve to 10-3 in her freshman season. Romy Koelzer won her second straight match, and is now 14-9 on the year with her 6-1, 6-2 win against Linn Timmerman on court four.

No. 19 Yana Koroleva continued her strong play, defeating Abigail Tere-Apisah on court one, 6-4, 3-6, 6-2. It was the fifth straight win for Koroleva, although she did drop her first set of the streak. Tere-Apisah had won seven in a row entering Tuesday.

Freshmen Tristen Dewar and Ani Miao each won their respective matches, dropping a combined eight games. Dewar’s win was her third in a row in straight sets, while Miao upped her record to 10-7 this season.

The Panthers scored their point on an upset victory on court three. Whitney Byrd took down Clemson’s Beatrice Gumulya, ranked 45th in the nation, 7-5, 7-6(4), in their match. Gumulya is still a team-best 15-4 this season, and has won 26 of her last 30 matches overall.

The Tigers will continue to train in Orlando during spring break before returning at the end of the week. They don;t play against until Mar. 30 and 31 when they play host to Maryland and Boston College, respectively.