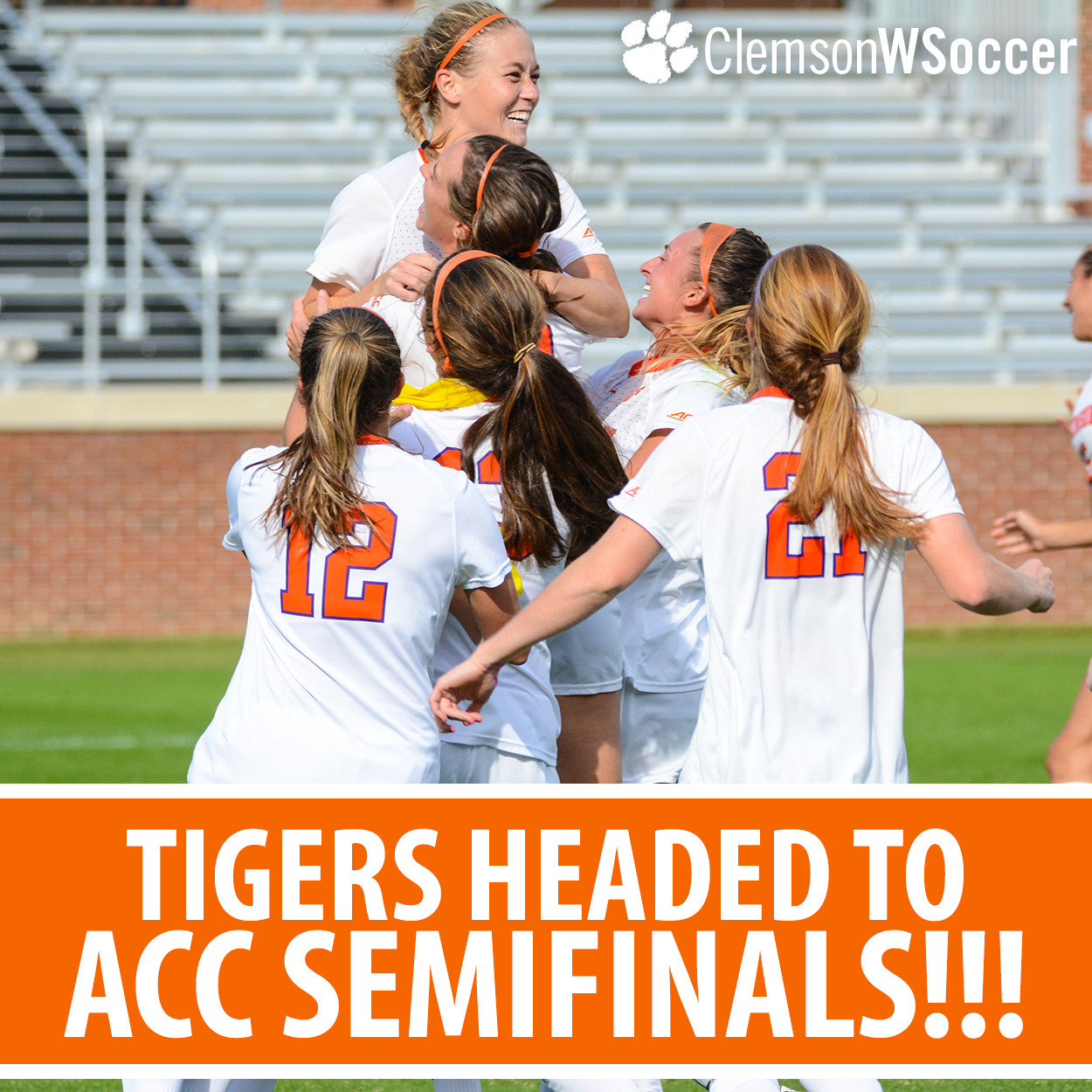 No. 14 Clemson Advances to ACC Semifinal in Thrilling Fashion, Downing Miami in PKs

CLEMSON, S.C. – The Tigers were five-for-five on penalty kicks and senior keeper Kailen Sheridan came up with a huge stop on Miami’s third attempt, sending the 14th-ranked Clemson women’s soccer team to the ACC Semifinals for the second-consecutive year. The Tigers (13-3-3) and Miami (10-8-1) tied 1-1 in regulation at Historic Riggs Field on Sunday, before Clemson advanced 5-4 in penalty kicks.

In the first half, Catrina Atanda netted her 12th goal of the season less than 10 minutes in to give Clemson a 1-0 lead. Senior Gabby Byorth handled the throw-in, which senior Abby Jones crossed into the box to Atanda, who scored from six yards. The Hurricanes evened the score a 1-1 in the 26th minute, when Gianna Dal Pozzo chipped Shannon McCarthy’s free kick over the head of Clemson keeper Kailen Sheridan.

For the remaining 65 minutes, plus two 10-minute overtime periods, neither team was able to find the net. The Tigers had several chances, outshooting the Hurricanes 19-9 overall and 7-4 in shots on goal, but weren’t able to capitalize. Sheridan tallied three saves and Phallon Tullis-Joyce picked up six in 110 minutes of play.

In the penalty kick round, Miami made its first two shots, and Atanda and Sheridan were successful on the Tigers’ first two shots. On the Hurricanes’ third attempt, Sheridan made the save on Kristina Fisher’s shot, and senior Jenna Weston followed with a make to put Clemson up 3-2. From there, Miami made its fourth and fifth attempts, but so did senior Katie Sprouse and junior Shannon Horgan, to secure the ACC Semifinal berth for Clemson.

The Tigers face Florida State in the ACC Semifinals on Friday, Nov. 4 at 8 p.m. at MUSC Health Stadium in Charleston, S.C. The Seminoles tied Duke 1-1 in the quarterfinals, and advanced over the Blue Devils on penalty kicks, 3-2.