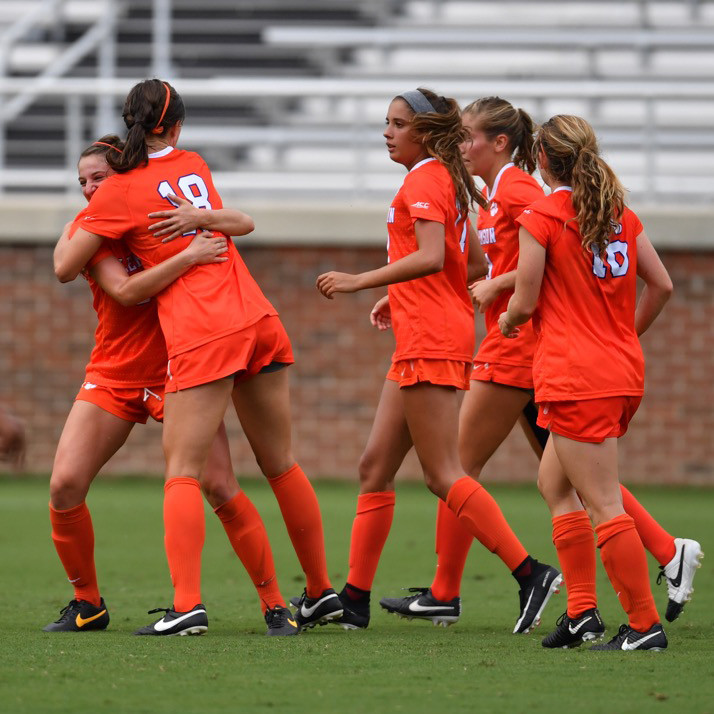 CLEMSON, S.C. – The No. 13 Clemson women’s soccer learned a lot about themselves against a very talented No. 12 Duke team, falling 2-1 in its final exhibition match of 2017 on Friday at Historic Riggs Field. The Tigers open the regular season against SIU Edwardsville at the Hoosier Challenge Cup in Bloomington, Ind. on Aug. 18 at 4:30 p.m.

Clemson was led by senior Jeni Erickson, who scored the lone goal for the Tigers off a corner kick from freshman Mariana Speckmaier at the 33:07 mark. Sophomore Melanie Stiles was in goal, and picked up four saves over the 90-minute period.

“It was great to play a preseason game against a program like Duke,” said Head Coach Eddie Radwanski. “There were two good teams out there tonight, and I think we challenged each other. Duke played well in the first half, and they did something I was hoping they would do, in that they exposed us a little bit. To our players’ credit, we figured it out. I’m proud of the adjustments we made at the half. We fixed the issues, created chances and lifted our performance. We were definitely much better in the second half. You need that type of test during the preseason. It was a good game, much like the match we played against them last year at Duke, which was for the ACC Championship. Thanks to Duke for coming here to play us, and we certainly wish them the best during the season.

“I’m excited for our group. We played two very good preseason games. Now we’re looking forward to continuing to get ready for our season opener a week from today.”