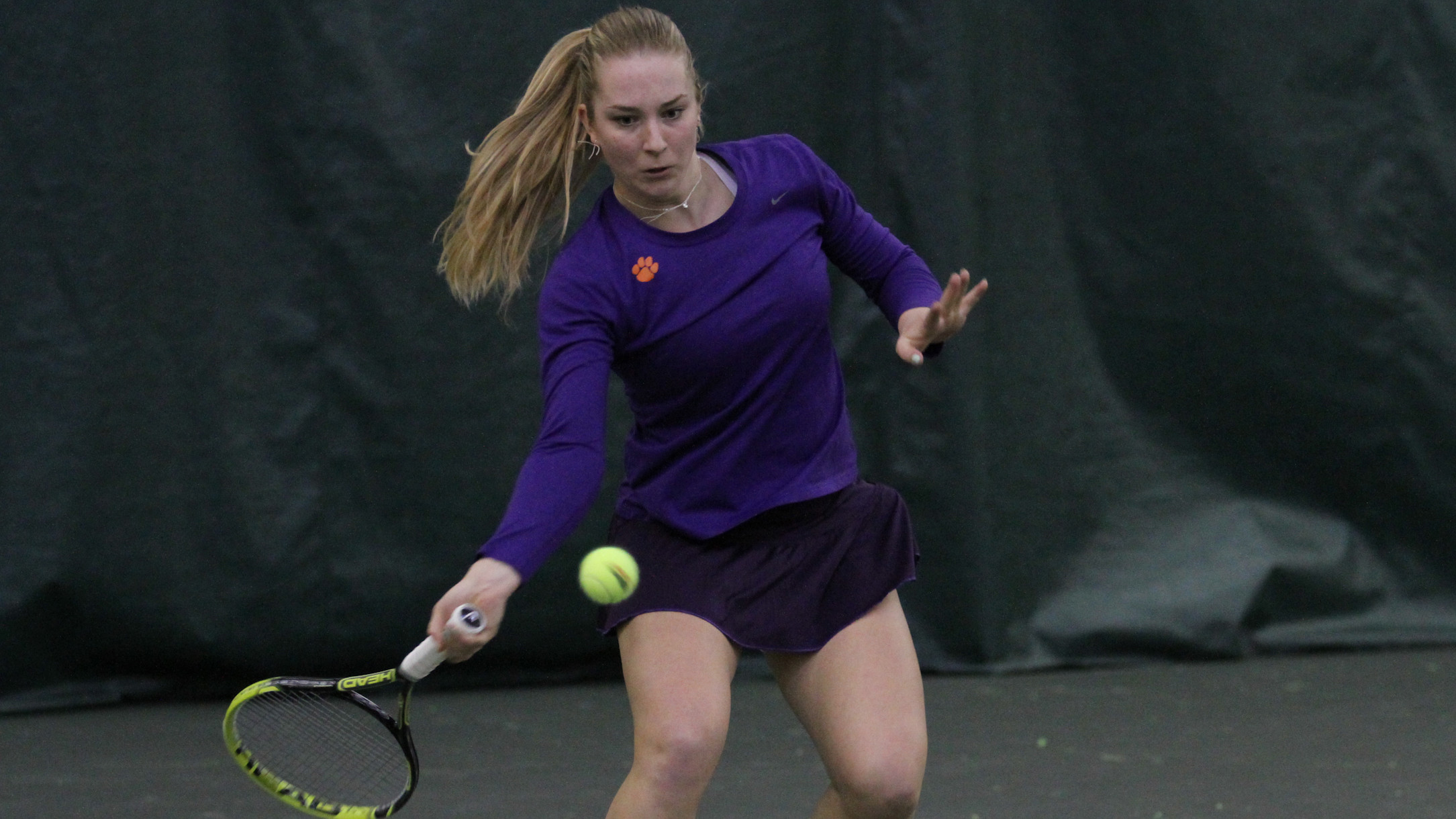 No. 13 @ClemsonWTennis Travels to No. 4 Georgia Saturday

CLEMSON, SC – The 13th-ranked Clemson women’s tennis team will travel to Athens, GA to take on the 4th-ranked Georgia Bulldogs on Saturday, February 1 at 12 pm. Live stats will be available here and more updates can be found by following the Tigers on Instagram and Twitter– @ClemsonWTennis.

Clemson (4-0) and Georgia (2-0) are each coming off of a pair of victories in the annual ITA Kickoff Weekend at their respective campuses. The Tigers defeated #56 Fresno State and #32 Tennessee, dropping just one combined set.

A hotly contested series, Georgia holds a slight all-time advantage of 24-22 with the Bulldogs winning the past four meetings. In Athens, the Tigers are 8-12 all-time but won at the Dan Magill Center in 2010 over a 4th-ranked Bulldog squad. Later that same year, the Tigers would knock Georgia out of the NCAA Tournament in the second round. The Bulldogs have knocked the Tigers out of the NCAA Tournament in each of the last two years, including a 4-2 win last season in the Sweet 16 in Champaign, IL.

Clemson has four ranked singles players, led by Beatrice Gumulya at #44. She won both her matches in dual play so far this season and is 9-3 overall. In doubles, she has paired with Jessy Rompies and together the duo have gone 10-1, and have dropped just two games in four matches.

Yana Koroleva is 3-0 at the first flight in singles for the Tigers. Teamed with Tristen Dewar, they have a 8-3 doubles record.

On the season, Clemson has not lost a match in their top five flights in singles (13-0) and are undefeated in doubles play at 9-0.

After the matchup with the Bulldogs, Clemson will travel to Charlottesville, VA to compete in the ITA Team National Indoor Championships from February 7-10. The Championships are a continuation of the ITA Kickoff Weekend.