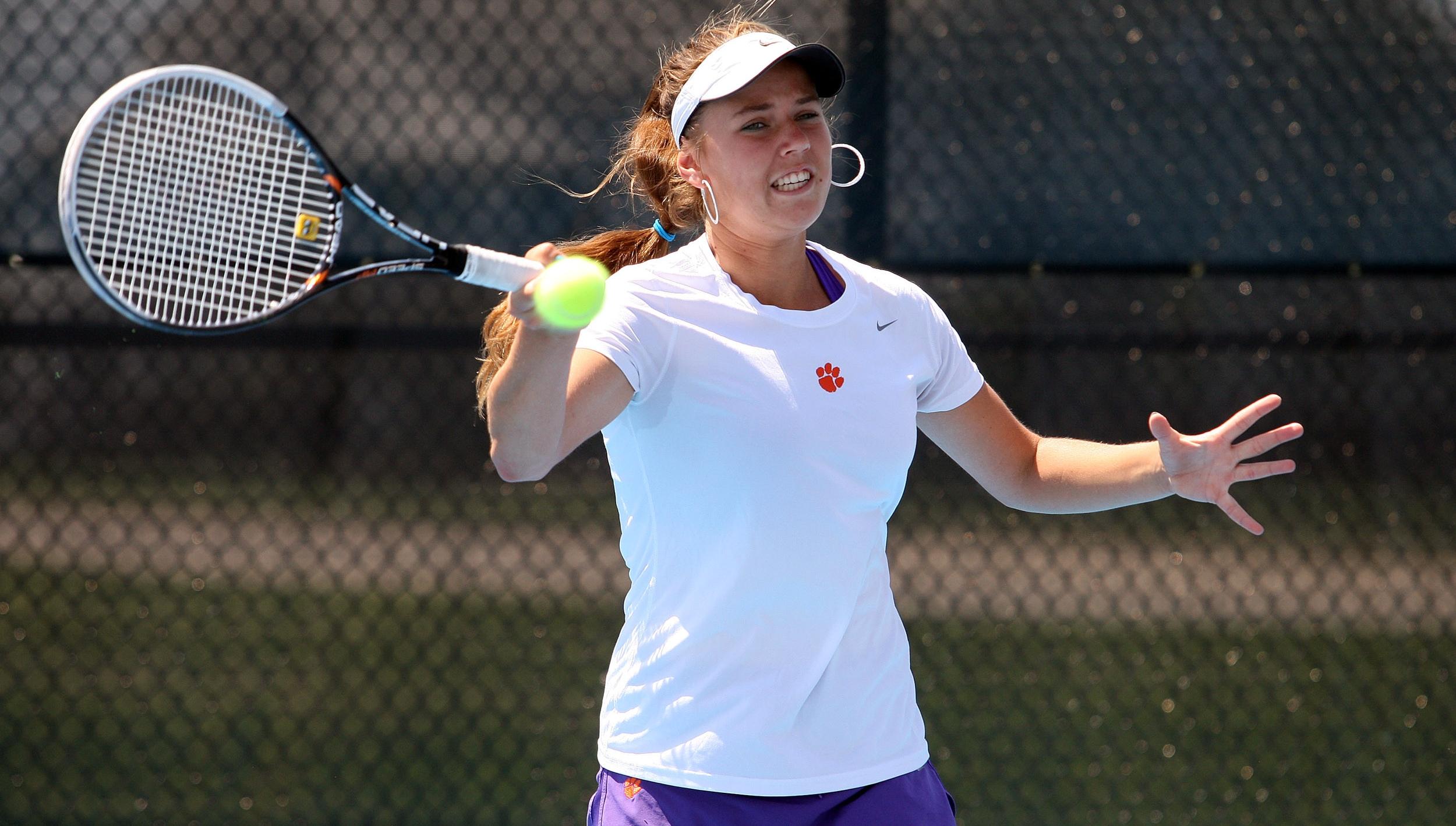 CLEMSON, SC – The 13th-ranked Clemson women’s tennis team will host the first two rounds of the ITA Team National Indoor Championships, known as ITA Kickoff Weekend, on Saturday and Sunday. Clemson’s site includes No. 27 Purdue, No. 32 Tennessee, and No. 56 Fresno State.  The top seed, Clemson (2-0) will play fourth-seeded Fresno State at 1 p.m Saturday after two-seed Purdue and three-seed Tennessee play at 9 a.m. All matches take place at the Clemson Indoor Tennis Center. First round losers will play at 9 a.m. on Sunday in a Consolation match.  The winners of each match will meet at 1 p.m. on Sunday, with the winner advancing to the Team Indoor Championships in Charlottesville, VA, on Feb. 7-10.  The Tigers have advanced past the first two rounds in six of the past seven seasons. Last year, Clemson fell at No. 9 Alabama in the second round, snapping a six-year streak of making it to the Round of 16.  The tournament is formatted much like the NCAA Team Championships, with winners of each region advancing to a host site. In this case, 61 teams enter the tournament – 15 host sites with four teams each – and the national host, No. 14 Virginia, who gets a bye to the Round of 16.  Clemson has four ranked players in No. 44 Beatrice Gumulya, No. 51 Romy Koelzer, No. 74 Yana Koroleva, and No. 103 Tristen Dewar. Dewar clinched both of Clemson’s matches last week.