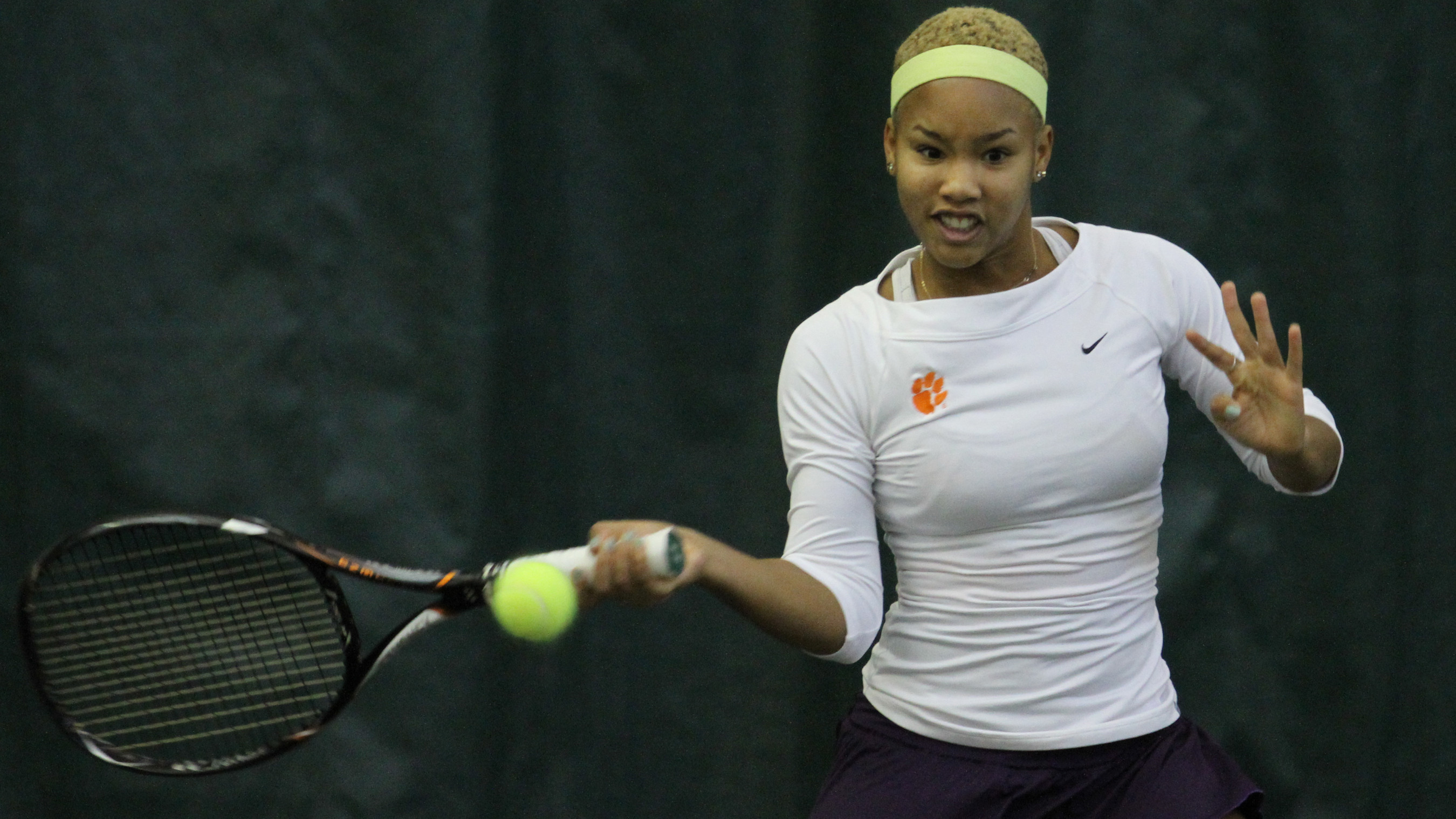 No. 12 @ClemsonWTennis to Take on Gamecocks on Sunday

CLEMSON, SC – The 12th-ranked Clemson women’s tennis team looks to continue its winning streak as they travel to Columbia play the 32nd-ranked South Carolina Gamecocks on Sunday at noon. The Tigers are 6-2 on the young season while the Gamecocks are 6-1. The match will be Clemson’s first of the season outside as long as the weather allows it. As of Friday, Sunday’s forecast calls for highs in the mid-50s with sun. The Tigers and Gamecocks will meet for the 49th time in series history with Clemson holding a 25-23 advantage. Clemson has won 10 of the past 12 meetings including a 6-1 victory at home last season.  Clemson, ranked 12th by the latest ITA Rankings (Feb. 11), is led by Yana Koroleva. She jumped to No. 40 in the singles rankings after a strong performance in the ITA National Indoor Championships. She went 2-1 in both singles and doubles play at the tournament, highlighted by her win over then 26th-ranked Anett Schutting of Cal. Koroleva is 12-5 on the season and 5-2 in dual match play. Following Koroleva are a trio of ranked Tiger singles. Romy Koelzer (54), Tristen Dewar (85) and Beatrice Gumulya (t-90) are all coming off wins in the ITA tournament. They will look to continue that success against South Carolina. The Gamecocks are ranked 32nd as a team after their 6-1 start and are coming off of three straight 7-0 victories against Furman, Charleston Southern and Davidson.  Katerina Popova leads South Carolina with a ranking of 69. She is 10-5 overall on the season with a 5-1 record in dual matches. Following Popova, Brigit Folland is ranked No. 112 and has a 12-7 record.  Live scoring for the match can be found here and other periodic updates will be posted on the team’s Twitter and Instagram pages.