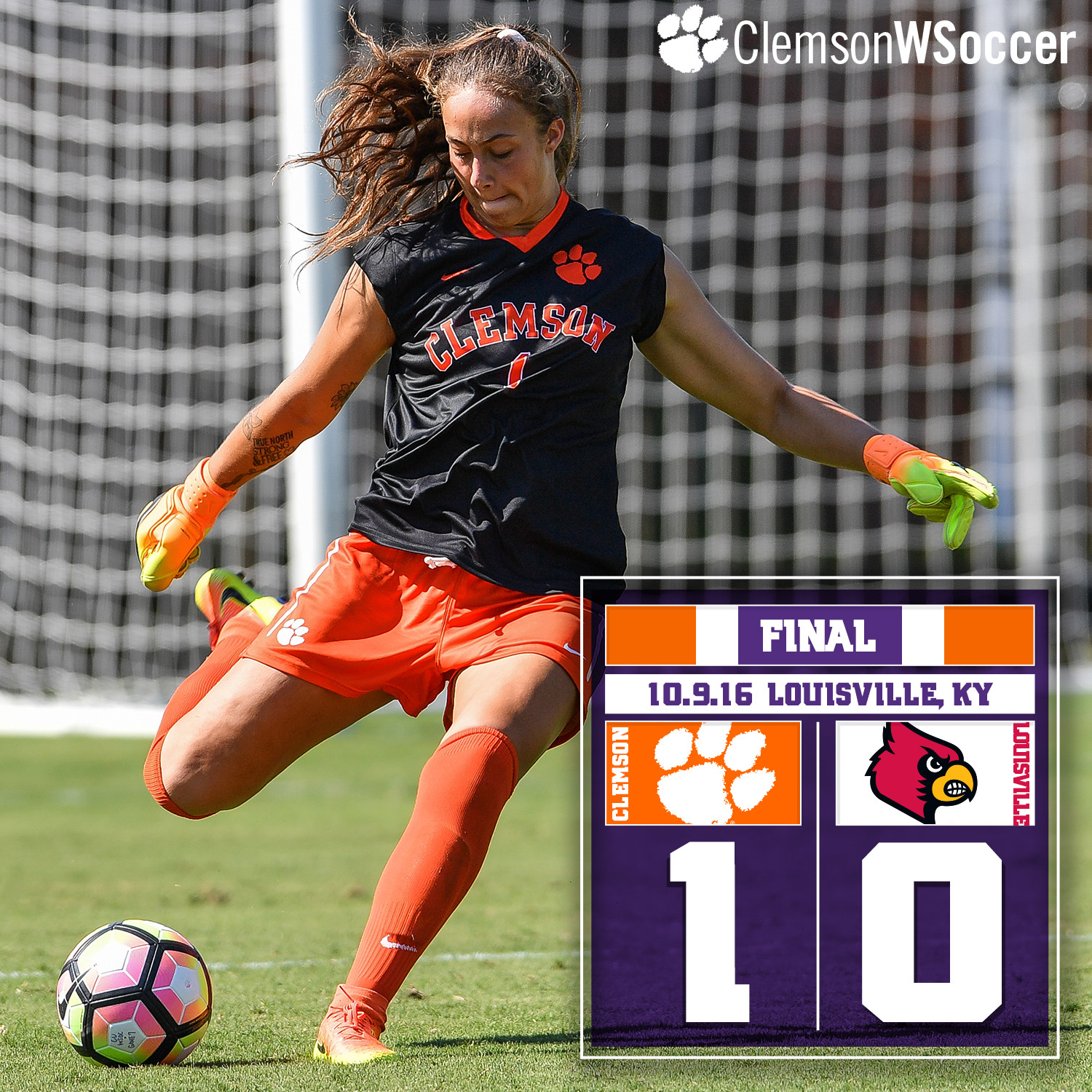 No. 12 Clemson Rebounds with 1-0 Win at Louisville Sunday

CLEMSON, S.C. – The 12th-ranked Clemson women’s soccer team finished off its three-match road streak with a 1-0 victory over Louisville on Sunday afternoon at Lynn Stadium in Louisville, Ky. With the win, the Tigers earned a crucial three points in the conference standings, improving to 9-3-2 overall and 3-1-2 in ACC play, while the Cardinals fell to 7-4-3 (2-2-2 ACC).

“We played very well in the first half. We did a great job moving the ball, made good decisions and dominated possession,” said Head Coach Eddie Radwanski. “The second half was certainly less to be desired, but it’s difficult in the second game of a two-game weekend, with both on the road. We were focused on the mindset of getting the win and the three points, and were able to find the strength and the fortitude to win. Overall, it was a solid team performance.”

Clemson controlled possession in the first half, leading 10-2 in shots, 7-1 in shots on goal and 5-1 in corner kicks, and putting the game’s first goal on the board in the 34th minute. Senior keeper Kailen Sheridan’s long free kick crossed the entire field, catching the Louisville keeper off guard as it took a high bounce over her head. Senior forward Jenna Weston was in place to send the ball home for her fourth goal of the season. The assist was the second of Sheridan’s career. With the goal, Weston moves into a tie for second on the team in scoring with 11 points.

The Cardinals picked up a little bit of momentum on offense early in the second half, but Sheridan and centerbacks senior Claire Wagner and sophomore Sam Staab played solid defense, preserving the clean sheet for the Tigers. Sheridan finished the contest with four saves and picked up her second solo shutout of the year.

After playing three straight ACC matches on the road, the Tigers now return home for three straight. First up is the Miami Hurricanes on Friday, Oct. 14 at 7 p.m. at Historic Riggs Field.