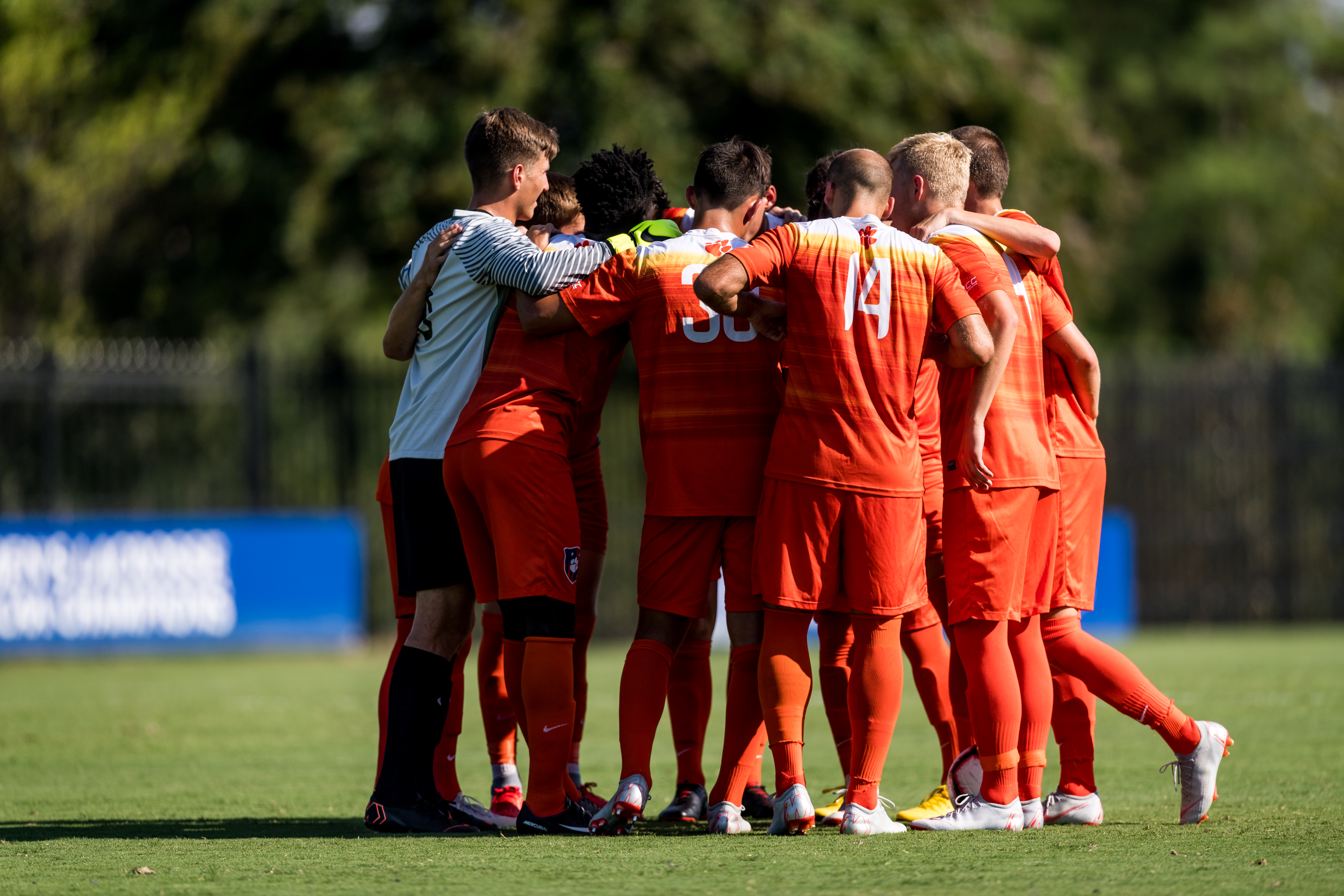 DURHAM, N.C. – The no. 11 Clemson men’s soccer team opened its preseason slate of three exhibitions by tying the No. 10 Duke Blue Devils 0-0 on a hot Friday afternoon at Koskinen Stadium. The contest concluded after 90 minutes with no overtime played, and 23 of the 27 players on Clemson’s roster saw action.

The match featured a balanced attack, with both teams finishing with eight shots apiece. One of Clemson’s best scoring opportunities came in the 75th minute when sophomore Kimarni Smith fired a shot that deflected off the right post. Graduate Jonny Sutherland and freshman George Marks each played a half in goal for the Tigers, and Marks had three saves.

“Today’s match was a good start for us,” head coach Mike Noonan said. “There were many more positives than negatives. Duke is a good opponent, and I was proud of our team’s effort. I am confident of one thing after today…there is fierce competition for playing time from the goalkeeper all the way to the striker position. This team is going to be fun to watch develop throughout the year.”

The Tigers return to action on Tuesday night when they host UAB at 7 p.m. at Historic Riggs Field in their second exhibition of the preseason. The match is open to the public and admission is free.