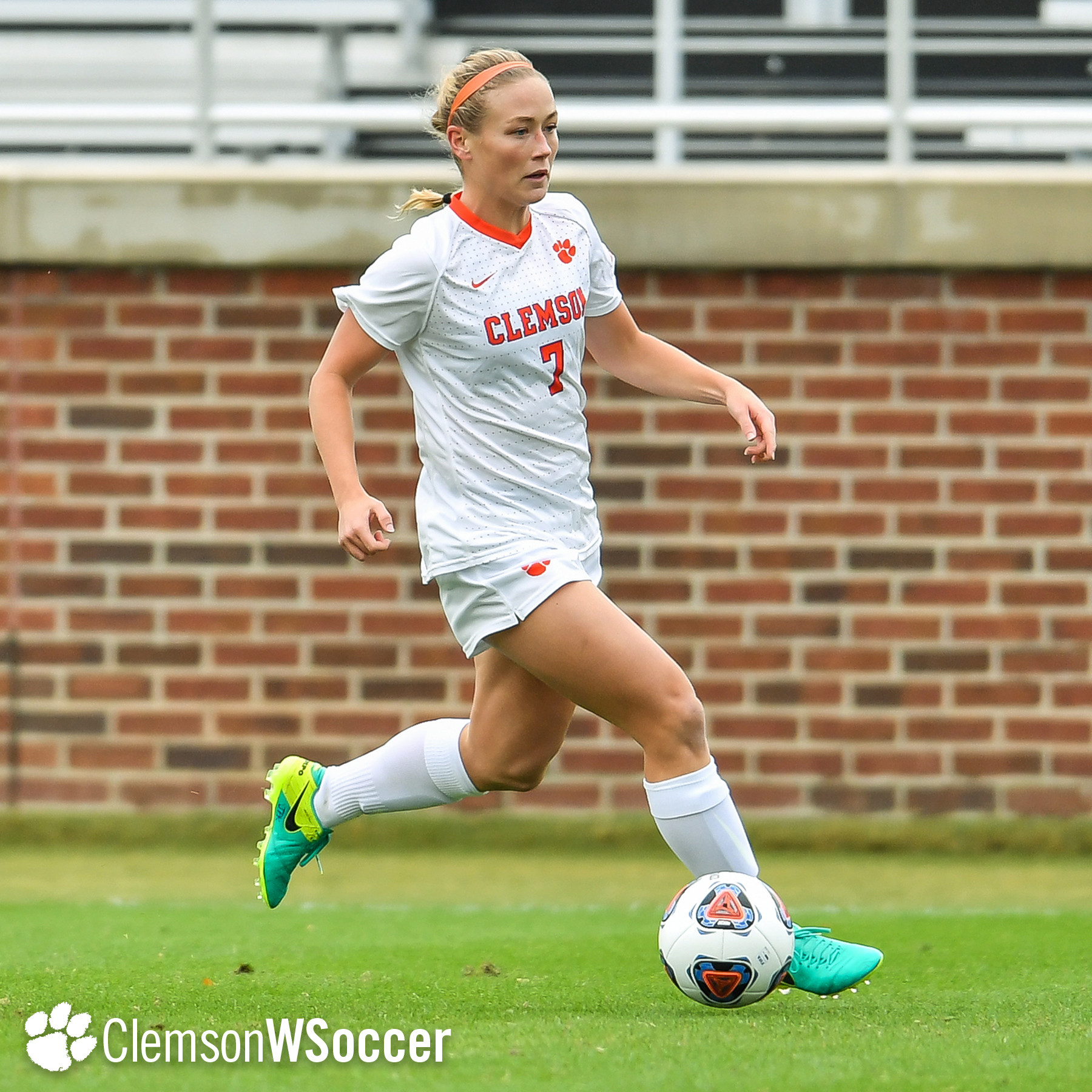 No. 11 Clemson Suffers 4-2 Loss in ACC Opener to Notre Dame

CLEMSON, S.C. – The No. 11 Clemson women’s soccer team suffered its second loss of the season in its ACC opener, falling to Notre Dame 4-2 on Saturday night at Historic Riggs Field. With the loss, Clemson moves to 6-2-0 overall and 0-1-0 in conference play, while Notre Dame moves to 5-2-2 and 1-0-0. Jennifer Westendorf led the charge for Notre Dame early, giving them a 1-0 advantage in the 7th minute on a shot from 20 yards out. In the 26th minute, Sammi Fisher increased the lead for Fighting Irish with a header on a cross from five yards out. Shannon Horgan cut the lead in half one minute later, rifling a beautiful shot from 35 yards out, scoring her second goal of the season. The Tigers went into halftime trailing the Fighting Irish 2-1.Freshman forward Mariana Speckmaier scored her fifth goal of the season, to tie the match at 2-2 in the 57th minute. Horgan sent a cross in to the middle of the box from the left side, and Speckmaier finished. Two minutes later, Natalie Jacobs scored the fifth goal of the match, and at the 68-minute mark, Sandra Yu netted Notre Dame’s fourth goal to provide the final margin.“We started the game on a good note, and then we conceded a goal that we had talked about. To let that happen was a little bit depressing, because that was something we thought that we had control over,” said Head Coach Eddie Radwanski. “I want to give credit to Notre Dame; they had great tempo and rhythm to their game tonight.“At halftime, we talked about making just a few adjustments, one of them just being more confident with the ball, and we came out with a great response to tie the game. The difference in the game for us was that we scored the goal and two minutes later, we conceded a goal. These are the games where a young team like ours needs to learn from our mistakes and decisions and then move forward and get better. We will keep the right perspective, watch film, train and improve as this is just the start of the ACC.”Clemson returns to action on Thursday, Sept. 21 at 6 p.m. as it travels to Cary, N.C. to face No. 10 North Carolina. Thursday’s match marks the first of three consecutive road matches before the Tigers return to Historic Riggs Field on Thursday, Oct. 5 to face Louisville at 7 p.m.