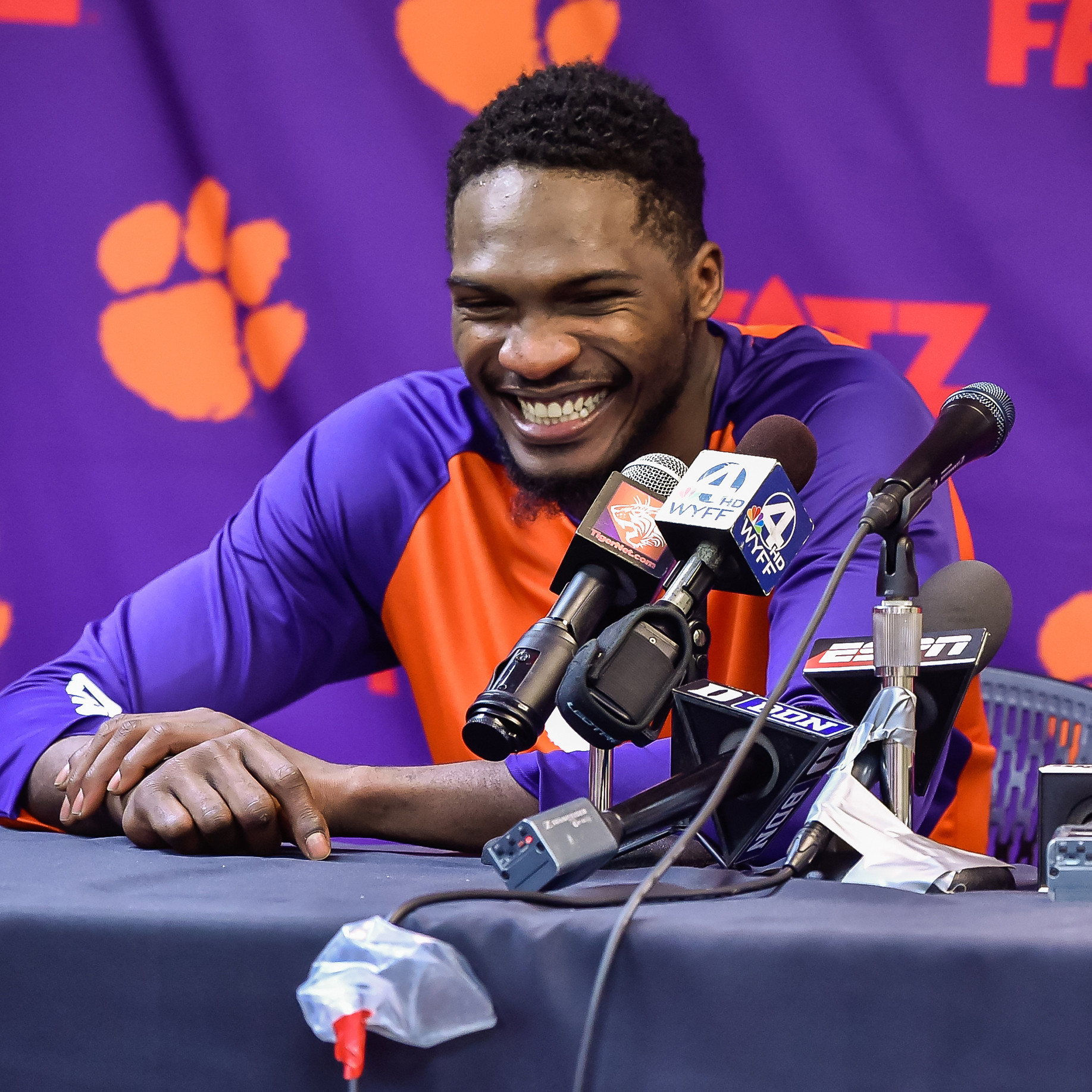 Landry Nnoko is used to change. Growing up in Yaounde, Cameroon, he did not know a word of English. When he made the move to the United States at age 16, he made a connection that would change his life.

“I played basketball with a boy named Ian,” he said. “One weekend he invited me to come home with him. I was a little skeptical at first because I had never been to anybody’s house in the states.”

Ian’s persistence led Nnoko to a host family — Karyn and Michael Malone — that would become a second home for him away from Cameroon.

“They are a huge support and like a second mom and dad, looking out for me and taking care of me,” the 6-10 center said. “If I am down or if something is wrong, they are who I turn to. They give me comfort.”

With the support of his host family and position coach Mike Winiecki, Nnoko was able to push himself to be the best he could be on the court.

“Coach Winiecki has done a lot for me, working with me every day. He is like a dad to me. He always wants the best for me.”

On the court, Nnoko has the opportunity to soon join the top five shot-blockers in Clemson history, needing just three to pass Tiger legend Dale Davis.

“It means a lot to me because of all of the greats that have come to Clemson, especially the shot-blockers. Most of them have played in the NBA, so being on that list is awesome. I am eager to get in the top five,” Nnoko said with a smile.

He is proud of how the team has come together this year, but knows that pulling it in just a little more is the key to finishing the season strong.

“We need to come together and find a way to play together and as a team,” he said. “We need to trust in ourselves. Us coming together will change the way the final stretch is going.”

As his time comes to a close, Nnoko said he is proud of his four years at Clemson and is looking forward to an emotional Senior Day as the Tigers take on No. 4 Virginia tonight in Greenville.

“For four years, I have seen guys go out there for their last night,” he said. “It is definitely going to be emotional playing my last game at home in front of Tiger Nation. I am really looking forward to it.”

Once his time at Clemson is over, Nnoko has bigger plans for himself.

“After Clemson, I will probably play in the pros — whether that be the NBA or Europe.”

Nnoko was inspired to look into Europe after traveling to Italy with the Tigers the summer after his freshman season.

“It was cool to experience Italy with the team,” he said. “It was so different than anything I had seen before, especially the culture, the buildings, and the people. Definitely a top five memory from my time here.”

Something else that inspires Nnoko’s success are his family members back home.

“My dad really pushed me and told me that someday I would have to grow up,” said Nnoko, who lost his father just prior to the start of his senior season. “He inspired me to try and find my own way.”

After all the time he has spent at Clemson, Nnoko only has glowing things to say to describe his experience.

“My time here has been great,” he said. “A lot of people say that college goes by fast, but my process was slow because of where I came from and what I have done so far. It was really a day-to-day grind; I had that urgency to get better. I was really eager to work on my game every day, and Clemson has been really good for me.”