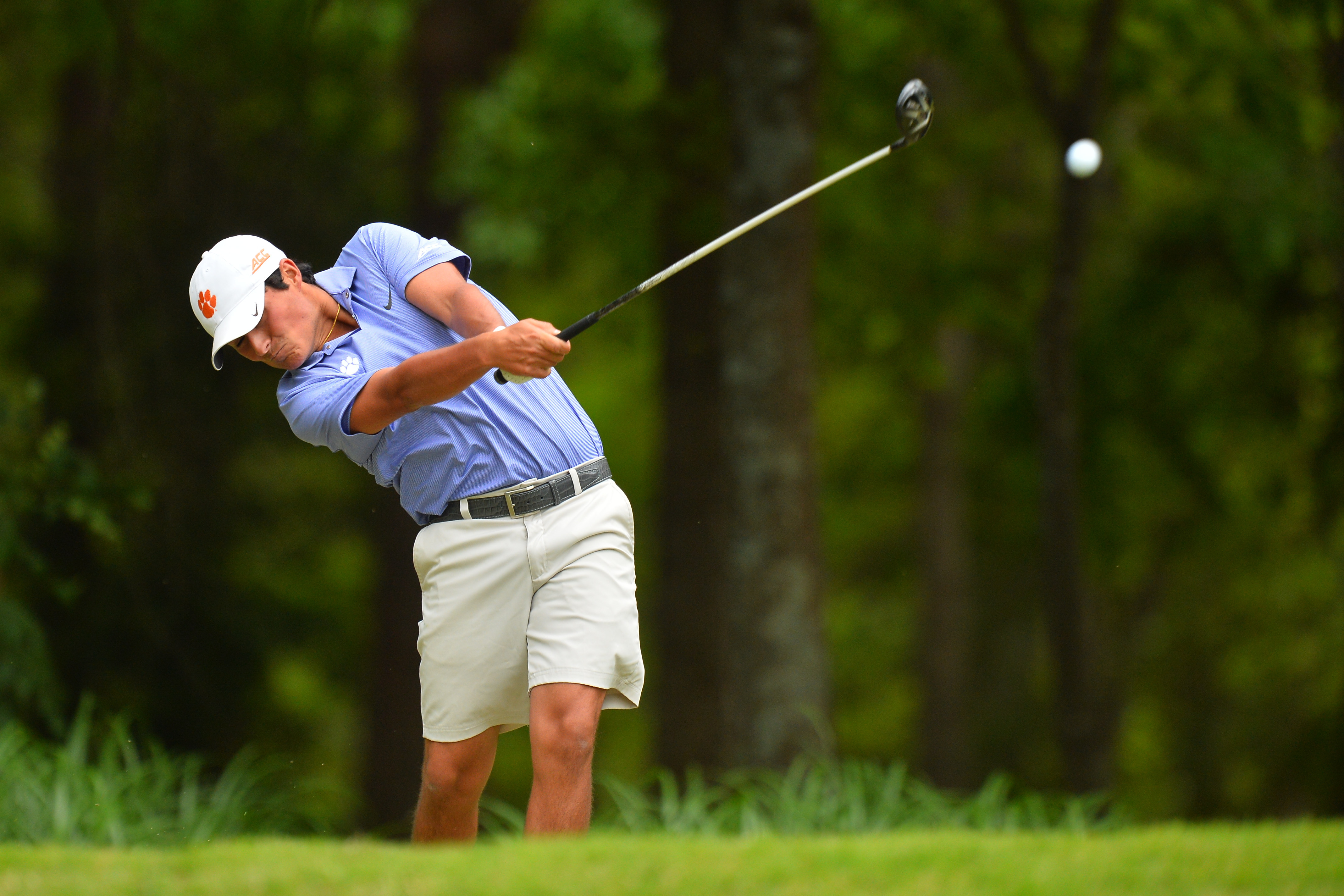 Clemson, S.C.—For the first time since 2009, two Clemson golfers have moved into the round of 32 at the United States Amateur.   Incoming freshman Doc Redman defeated Noah Goodwin or Texas, 2-up and sophomore Bryson Nimmer downed Ireland’s Jack Hume 1-up during the first round of match play on Wednesday at Oakland Hills Golf Club in Michigan.

Both players will have second round matches Thursday morning at the par 70 course in Bloomfield Hills, Michigan.  Redman faces Sam Horsefield, who won the 2016 Phil Mickelson Award as the top freshman in college golf at the University of Florida, while  Nimmer will play Luis Gagne of Florida.

Goodwin, a high school junior who was ranked as the top junior golfer in the nation entering this week, got off to a good start with a victory on the first hole.  But Redman came back with an eagle to win the second hole and square the match.

Redman, who will start his career at Clemson when this tournament concludes, then won holes five and six with birdies to take a 2-up lead.   That was the margin until Goodwin won three consecutive holes with birdies, holes 11,12 and 13, to go one up.

But, Redman came back with a birdie on the 14th hole to square the match.  The native of Raleigh, NC then won holes 17 and 18 without making a birdie.   In fact, Redman bogeyed the 243-yard 17th hole, but Goodwin made a double.  With a 1-up lead on the 18th hole, Redman won that hole as well to win 2-up.

Nimmer and Hume halved nine of the first 10 holes.  Hume won the sixth hole with a birdie to go one up.  Then, one of the players gained victory in five of the six holes played 11-16.   Nimmer won the par four 16th hole to halve the match.

Black clouds led to a heavy rain storm at 3:43 pm, forcing a two-hour weather delay.   Nimmer won the 243-yard par three 17th hole with a par and then halved the 18th hole after he hit a 40-yard bunker shot to within two feet of the pin and made the putt for a par.

This is the first time Clemson has had two players reach the second round of match play since 2009 when Ben Martin reached the finals and Philip Mollica reached the quarterfinals at Southern Hills in Tulsa, Okla.