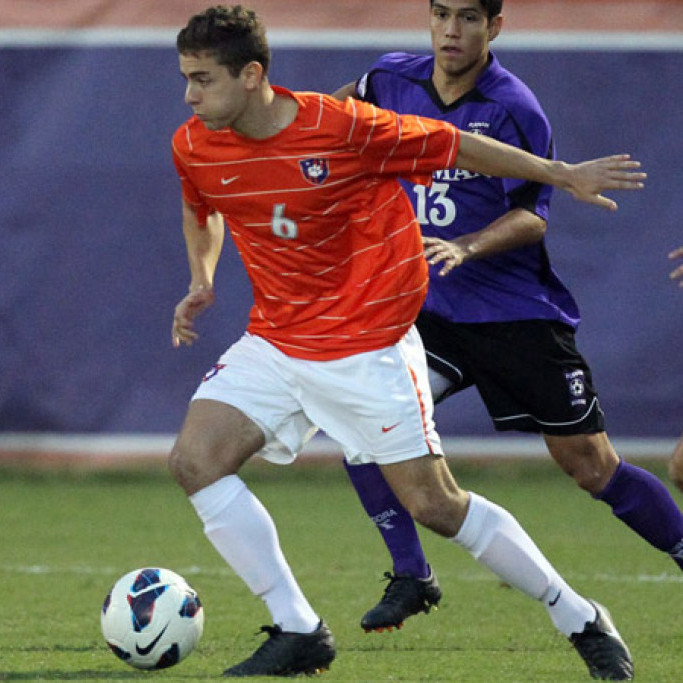 CLEMSON, S.C. – The seventh-ranked and seventh-seeded Clemson men’s soccer team hosts Coastal Carolina in the second round of the NCAA Tournament at Historic Riggs Field Monday, Nov. 24 at 6 p.m. The match was originally scheduled for Sunday but inclement weather postponed the game to 6 p.m. Monday.

Ticket information can be found at the link above.

Clemson boasts a record of 11-6-3 overall this season. The Tigers are coming off a 2-1 double overtime win over Louisville last Sunday that secured the program’s 14th ACC Tournament championship. Junior Paul Clowes, who was named Most Valuable Player of the ACC Tournament, scored the equalizer in the final five seconds of regulation, then senior Ara Amirkhanian scored the game-winner in the 104th minute. Clemson’s last three matches have gone to double-overtime, with the two prior to Sunday’s match against Louisville being decided in penalty kicks. The Tigers are on a nine match unbeaten streak dating back to Oct. 7.

Clemson is seventh in the nation with 41 total assists this season. Junior T.J. Casner leads the team in both assists (6) and total points (12). Sophomore Austen Burnikel leads the team with five goals scored this season. Clemson has had 15 different players score this season, a testament to the team’s depth. Sophomore goalkeeper Andrew Tarbell has started 15 matches in goal this season. He has saved 35 shots en route to eight wins and five shutouts. Redshirt junior goalkeeper Chris Glodack has seen action in eight matches this season. Glodack came off the bench to defend in penalty kick shootouts against both Wake Forest and Notre Dame. He saved six pens total and Clemson advanced in both contests.

Clemson has a 46-24-3 all-time record in the NCAA Tournament, and, with its 46 wins in tournament play, is tied for sixth in NCAA Tournament history in that category. The Tigers are also tied for sixth in Final Four appearances, with a total of seven. Two of those seasons, 1984 and 1987, Clemson won the national title. Last season, Clemson fell in penalty kicks to Elon in the first round of the tournament on Nov. 21, 2013 in Elon, N.C.

Coastal Carolina is coming off a 1-0 win over Florida Gulf Coast in the first round of the NCAA Tournament Thursday night. The Chanticleers lead the nation in total goals this season with 47, they are third in the nation in total points with 137 and are fifth in the nation with 43 total assists. Coastal currently boasts a 16-5-1 record this season. Senior Ricky Garbanzo leads the team in goals with 13, while fellow senior Pedro Ribeiro leads the team in total points with 29. Junior goalkeeper Devin Cook-Perales has seen action in 24 matches this season, saving 64 shots en route to a record of 18-5-0.

Coastal Carolina and Clemson met earlier this season, a 2-1 Clemson victory in overtime on Tuesday, Oct. 21. Clemson holds a 7-2-1 all-time advantage in the series, all 10 matches in the series have been played at Historic Riggs Field.