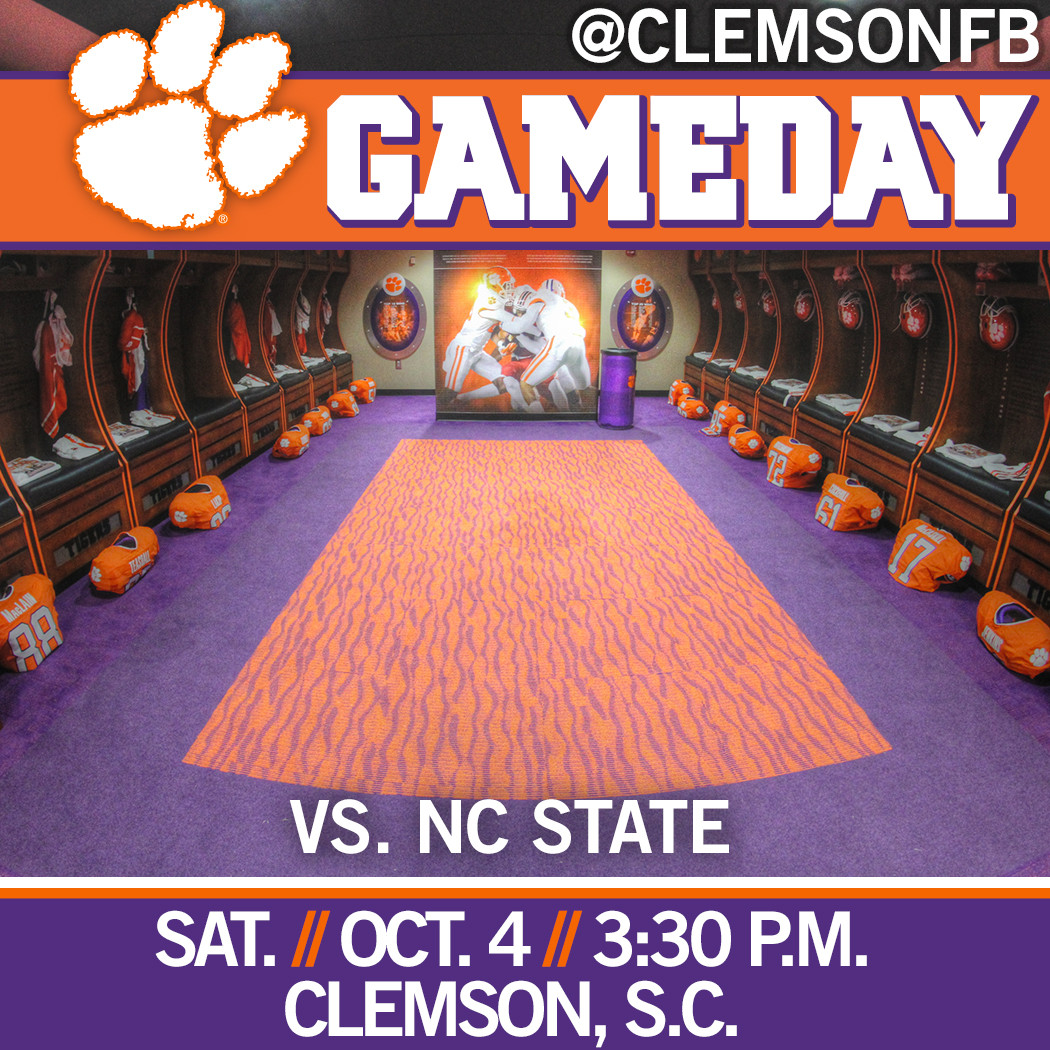 Dotting the “i”: As the Tiger Band spells out “Tigers” during their pre-game entrance, look for IPTAY donor and Hilton Head native, Larry Brown, and his wife to act as the dot on top of the “i.”

IPTAY Day: The IPTAY Board of Directors, IPTAY Student Advisory Board, and IPTAY Representatives will be recognized for their continued support of Clemson Athletics.

Hero of the Game: Fans have been asked to submit a nomination form highlighting deserving Veteran or Active Duty Military member. Retired Air Force Lieutenant Colonel, Gary Nelson, will be honored during this presentation.

Professors of the Game: Dr. Joseph Mazer and Dr. Jason Thatcher will be acknowledged for their expertise in social media.

Band Performance: The Clemson University Tiger Band will be putting on a show that fans don’t want to miss!