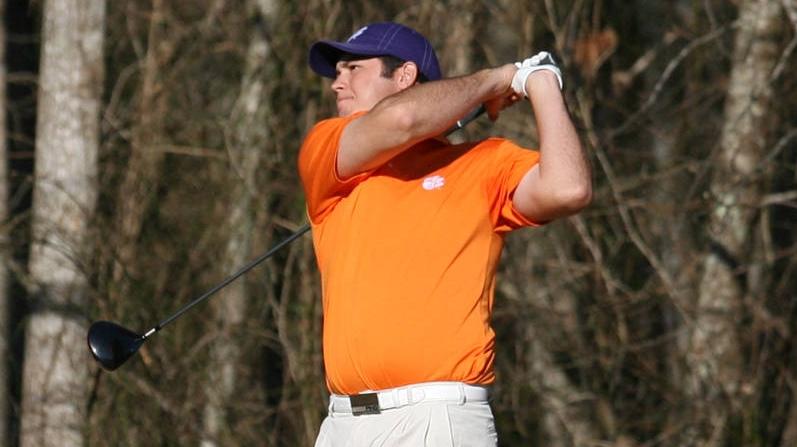 CLEMSON, SC – Former Clemson golfer Corbin Mills lost a close singles match to Daan Huizing of The Netherlands, 1 up on Friday at the Palmer Cup.  The event is being held at Royal County Down Golf Club in Ireland.

In Friday’s match, Mills never led, but never trailed by more than two holes either.  Huizing won the first hole and the fifth hole, both with pars.  Mills won the par five sixth hole with a birdie to cut the margin back to one-up.  Mills was down two with two to play, but won the 17th.  But, when both players made par on the 18th hole, Huizing had the match.

Earlier, Mills has won 1.5 points for the Unites States in the foursomes and four-ball competition.