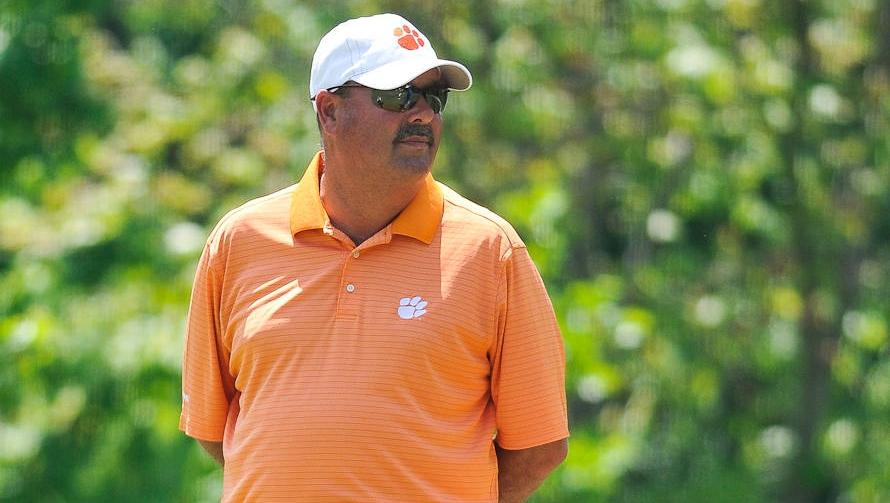 Miller Capps finished third against a national field in just his third career tournament, leading Clemson to a fifth-place finish at the 12-team Jerry Pate Intercollegiate at the Old Overton Course in Birmingham, AL.

The Tigers had a team score of 870, just three shots out of third place. Alabama won the event with a 857 score, while Florida was second at 861 and Auburn was third at 867. UNLV was fourth at 868.

Capps finished with a score of 210 for the 54 holes, even par. He was one of just three golfers in the 60-player field to shoot even par or better. Justin Thomas of Alabama finished first at 208, while Michael Johnson of Auburn was second at 209.

Clemson took four freshmen to the tournament and thee of them finished in the top 19. In addition to Capps’ third place finish, Blake Kennedy finished 11th with a 218 score. He had rounds of 74-67-77 for a 218 total. His 67 was the low round by a Clemson golfer at the event and the low rounds by a Clemson golfer this year. It was the first career event for the freshman from Spartanburg High School. He finished with 11 birdies for the tournament, tied for second among all players.

Cody Proveaux was a third freshman in the lineup and he finished in 19th place with a 220 score. He had consistent rounds of 72-75-73.

Clemson was in second place entering the final round after a team score of 281 in the second round. That proved to be the low team round of the entire tournament by any school. But, the Tigers slipped to a 296 score in the final round and fell to fifth in the final ranking. The Tigers were seven over par for the final three holes of the day.

Clemson will conclude its fall portion of the schedule this coming weekend at the US Collegiate in Alpharetta, GA at the Golf Club of Georgia.