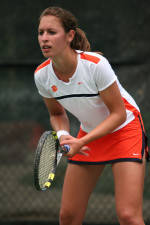 TULSA, OK – Clemson women’s tennis player Ani Mijacika was victorious in both singles and doubles play on Thursday at the NCAA Individual Championships, held at the Michael T. Case Tennis Center on the campus of the University of Tulsa. She won easily in singles action and teamed with Carol Salge to advance to the round of 16 in both brackets.

Salge fell in her second-round singles match-up to end her run in the singles tournament.

Number-two seeded Mijacika breezed through the second round, completing her match in just over an hour for the second straight day. The Tiger sophomore downed #44 Tatsiana Uvarova of Virginia Commonwealth in the first set, 6-0. She then won the second, 6-3, to post her 30th win of the season. Mijacika will take on 9-16 seed and 14th-ranked Fani Chifchieva of Auburn in the round of 16.

“I started the match really well,” Mijacika said. “The first game was tough but important. I held my serve and then started rolling.”

With her win on Thursday, the Makarska, Croatia native is the first player since Julie Coin in 2005 to advance past the round of 32. Coin reached the quarterfinals of the national singles tournament as the #2-seed that season.

Salge was eliminated by Riza Zalameda, the #8-seed in the. Salge took the first set off of UCLA’s top player, 6-4, but the Bruin responded with a break to open the second set. Zalameda went on to win the second and third sets (6-2, 6-2) to advance to the round of 16.

The loss snapped Salge’s 12-match winning streak to end her season at 15-11. However, with both Mijacika and Salge recording wins in the opening round of the NCAA Singles Championships, the Tigers had two players in the second round for just the second time in history and the first since 1984.

In doubles action, Mijacika and Salge teamed to post a 6-4, 6-3 win in the opening round of the NCAA Doubles Championships. The Tiger tandem, seeded fourth in the tournament, defeated the 22nd-ranked team of Megan Falcon and Mykala Hedberg of LSU.

Mijacika and Salge will face the Texas duo of Vanja Corovic and Marija Milic in the round of 16 on Friday. 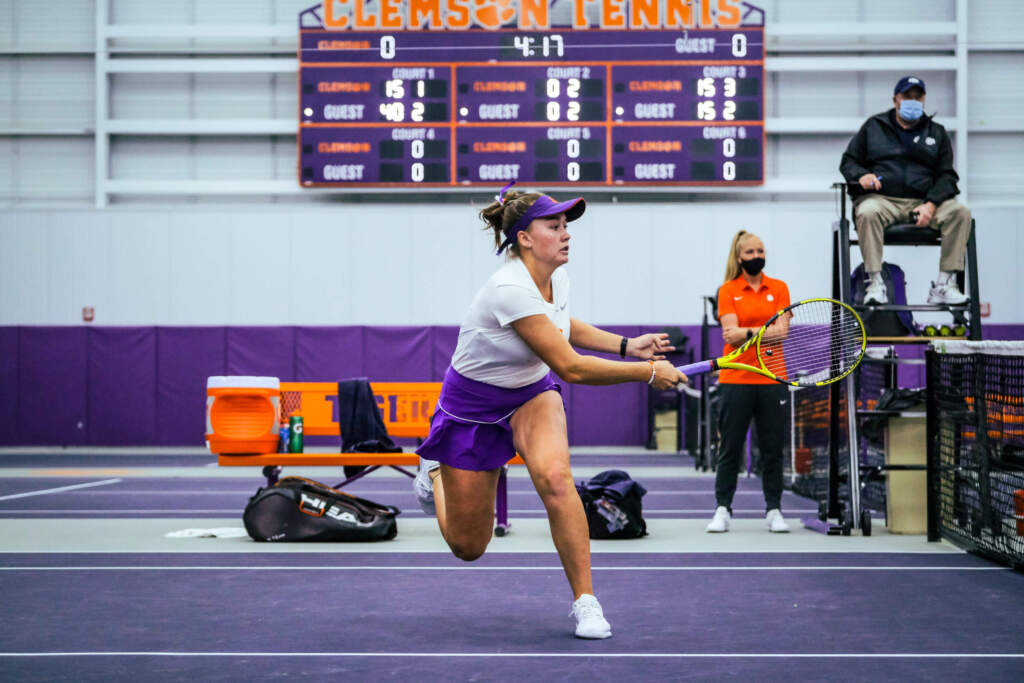