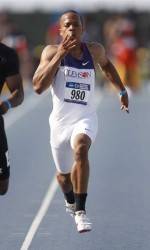 The success of the 2010-11 men’s track & field team will depend largely on the improvements made by a cast of young student-athletes. The Tigers do not have a ton of depth, so individual development will be at a premium this winter as Clemson prepares for indoor season.

Clemson only suffered a few key losses off of last year’s team, headlined by All-ACC pole vaulter Xavier Tromp and school record-holder in the weight and hammer throws, Zach Berg. In fact, Clemson returns 14 lettermen from the 2010 team that placed sixth and fifth, respectively, at the ACC Indoor and Outdoor Championships.

The Tiger men’s program has gone six seasons without a conference championship, the longest drought at Clemson since the 1983-86 era. Last season, the Tigers did not have an individual ACC champion for the first time 1986. For Clemson to take the next step and return to the upper echelon of the conference, every athlete on the roster will be asked to go above and beyond his ability for the good of the team.

Injuries and inconsistency plagued this group last season. Warren Fraser and Justin Murdock return this season, and Director of Track & Field Lawrence Johnson hopes that both will make strides in 2010-11.

“We need those two guys to step up,” Johnson said. “We have a great tradition of sprinters here at Clemson, and we want to keep that alive. They’re more committed to the weight room and taking care of themselves physically. They need to be focused and dedicated to being the best sprinters in the league.”

Murdock was a freshman All-American after helping Clemson’s 4x100m relay to a third-place finish at the 2009 NCAA Outdoor Championships. He was All-ACC individually in the 60 meters last indoor season, but a hamstring injury suffered in the prelims at the conference’s outdoor meet all but ended his sophomore season.

Fraser showed the typical ups and downs of a first-year freshman in 2010. The native of Nassau, Bahamas clocked a season-best 10.46 in the IAAF World Junior Championships in July and was also the ACC’s fifth-place finisher in the 100 meter dash in April.

La’Mont Jackson and Jordan Rispress will compete in the 400 meters during indoor season. Jackson was forced to red-shirt the outdoor campaign due to injury. Indoors, he just missed qualifying for the finals of the ACC Championships in both the 200 and 400. Rispress, an intermediate hurdler, was ninth in the quarter mile at the league indoor meet.

The coaching staff will welcome a pair of raw sprinters to the fold this season in Joe Craig and Kyle Younkin. A two-sport athlete that red-shirted this past football season as a wide receiver, Craig won three state championships in the short sprints for Gaffney High School in South Carolina. Younkin made noise on the national scene after a third-place finish in the 400 at the New Balance Outdoor Nationals this spring.

This should be the deepest unit on the 2010-11 roster for Johnson and his staff. The return of All-American Spencer Adams, also a football standout, will give a jolt to a promising group of student-athletes.

Adams earned his first All-America certificate after finishing eighth last winter in the 60 hurdles at the NCAA Indoor Championships. It was quite a return for Adams, who missed the entire 2008-09 season after tearing his ACL in football. Adams was All-ACC outdoor in both hurdle events and participated in the 110 hurdles at the NCAA national meet in Eugene, OR. Johnson expects big things from his leading hurdler.

“Spencer had a good freshman season, but his inexperience showed in a lot of ways,” Johnson said. “Hopefully this season he’ll return to us a smarter, bigger, faster and stronger hurdler.”

Charlton Rolle provided the Tigers with a complementary piece to the puzzle in the high hurdles last season. After transferring from the University of Tennessee, he scored at both ACC championship meets and qualified alongside Adams in the 110 hurdles for the NCAA Outdoor Championships. Rolle’s top times rank inside Clemson’s top 10 performance charts for both high hurdle events.

A pair of sophomores – Claudio Delli Carpini and Marcus Maxey – could see an expanded role in the high hurdles for the Tigers this season. Delli Carpini was a scorer in the 110 hurdles at the ACC meet and competed in the same event for his native Italy at the IAAF World Junior Championships. Maxey was inconsistent as well during his freshman season, but showed promise by qualifying for the NCAA East Prelims in the 110 hurdles.

Jackson and Rispress will provide supporting roles in the intermediate hurdles. Rispress is a former national high school runner-up in the 400 hurdles, and Johnson is hoping for improvement from the sophomore this season.

“Jordan has done some fantastic work in the offseason,” Johnson said. “He’s put on muscle. He struggled his freshman year, but he’s settled down a little bit and he understands why he’s here. If he does things to his capability, the sky is the limit.”

“This is an area in which we will make huge strides this year,” Johnson said.

The Tigers have shown a great deal of promise in the middle distance and distance areas in a year and a half under event coach Brad Herbster. Last season, Chris Slate and Jasen Turnbull were among the most improved athletes on the team as both qualified for the NCAA East Prelims in the 800 meters. This season, higher expectations exist for both athletes.

Slate ranks sixth in the outdoor 800 in the Tiger record books. He posted a time of 1:49.28 last season at the Orange & Purple Classic. At the same meet, Turnbull clocked a 1:49.62, which is the ninth-best time in school history.

The middle distance group should receive a boost from the arrival of freshman Nathan Hendershot. The Pendleton, IN native was a two-time state meet runner-up in the 800 meters and competed in the event at the New Balance Nationals in Greensboro, NC over the summer.

The top performer on the cross country squad this fall was Ty McCormack, a freshman out of Gainesville, GA. McCormack won two individual meets and was one position shy of earning All-ACC status in his first season. He was a New Balance All-American in the 5K last summer after finishing fourth in the event.

Arguably the thinnest event area on the men’s team this season, the Tigers will lean heavily on the talents of Josh Fowler in the horizontal jumps. Last year, Fowler’s progress under the current coaching staff culminated with a trip to the NCAA Outdoor Championships to compete in the triple jump.

Fowler was 11th at the NCAA East Prelims after a career-best 51’4.5″ jump, No. 4 on the school’s all-time performance list. He finished 15th at the NCAA national meet in Eugene. Fowler also showed out in the long jump with a pair of All-ACC finishes during the indoor and outdoor seasons. He ranks inside the top 10 of the Tiger record books in those events as well.

“Josh was a pleasant surprise for us,” Johnson said. “He’s worked his butt off to improve upon those performances. We need him to step up in those areas, because we’re thin in the jumps.”

The pole vault will experience a transition this season. Gone are Tromp and Michael Kopanski from Dacula, GA. Kopanski was a USA Track & Field Junior Olympic champion in 2009. He earned All-America honors at the 2010 New Balance Nationals after a 16-foot clearance.

Alex Padgett has developed into one of the most dependable student-athletes on the roster in the last several years. Now a red-shirt senior, the Rock Hill, SC native has come into his own in the throwing events.

“Alex has worked hard and has gotten bigger and stronger,” Johnson said. “He has developed into one of the top throwers in the ACC. He should be ready to step out onto the regional and national level.”

Padgett was a consistent scorer at the ACC championship meets last season. During the indoor season, he was fourth in the weight throw and fifth in the shot put. At the outdoor meet, he was fourth in both the shot put and hammer throw. Padgett ranks among the top five in Clemson history in both shot put events, as well as the weight and hammer throws.

Thor Serafenas of Olney, MD is a newcomer who could work his way into the rotation this season. Cory Thalheimer (shot put) and Stephen White (discus) will be role players for the Tigers this season, who look to find a replacement for all-time weight and hammer throw record-holder Zach Berg.

The top returning student-athlete on the 2010-11 roster is Miller Moss. He had a breakout season in 2010 for the Tiger program and began to reach his potential. Moss was ACC runner-up in both the heptathlon and decathlon, establishing school records in both. He earned his first All-America honor after an eighth-place finish in the heptathlon.

He showed a ton of grit and determination in the weeks after a disappointing decathlon showing at the NCAA Outdoor Championships. After fouling three times in the discus, he was relegated to a low finish after having the meet of his life. Two weeks later, he shrugged off the disappointment with a fourth-place finish at the USA Championships. His effort earned him a spot as the youngest member of Team USA for the annual Thorpe Cup, where he was one of the team’s top performers.

Johnson believes big things are in store for his senior leader this season. He also noted Moss could be called upon to compete in several open events, including the hurdles, long jump and pole vault.

“Miller is going to carry a huge load for our program this year,” he said. “He’s going to do as many events as we need to help our team advance into the title hunt.”