The Clemson men’s soccer team recently celebrated the achievements of the 2019 squad as members of the program virtually came together to celebrate last year’s campaign. The following award winners were voted on by members of the team.

After putting together one of the finest individual seasons in the history of men’s college soccer, Robbie Robinson was voted as the Dalton Family and offensive most valuable player. The awards come after Robinson earned the MAC Hermann Trophy and was the first male soccer player to earn the Anthony J. McKevlin ACC Male Athlete of the Year award. 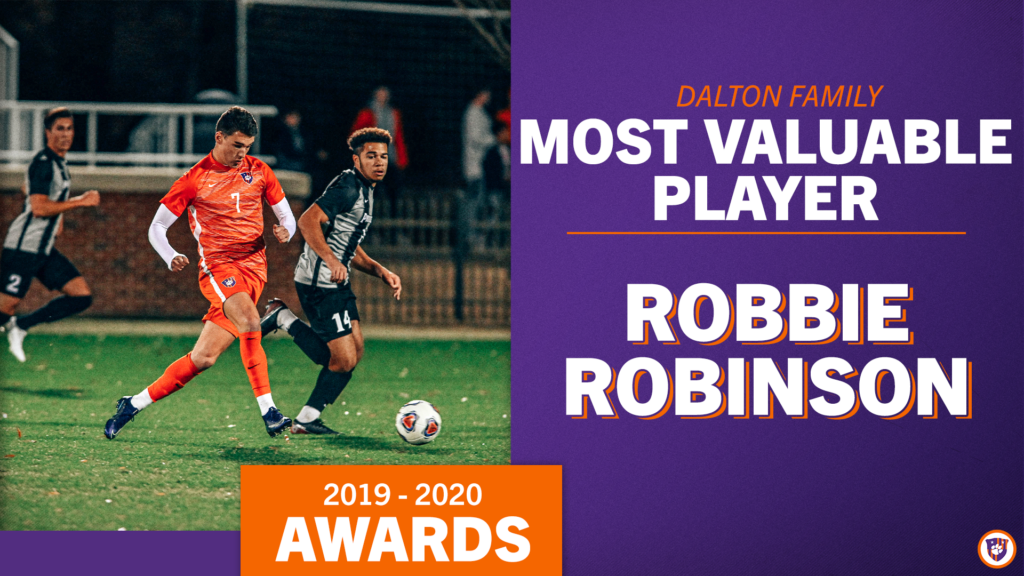 Oskar Agren was named the team’s defensive most valuable player after appearing in every match throughout the season as a member of the back-line. Agren was a crucial part of the Tigers’ defensive effort, helping the team register 10 shutouts while being named to the ACC All-Freshman team at the end of the regular season. 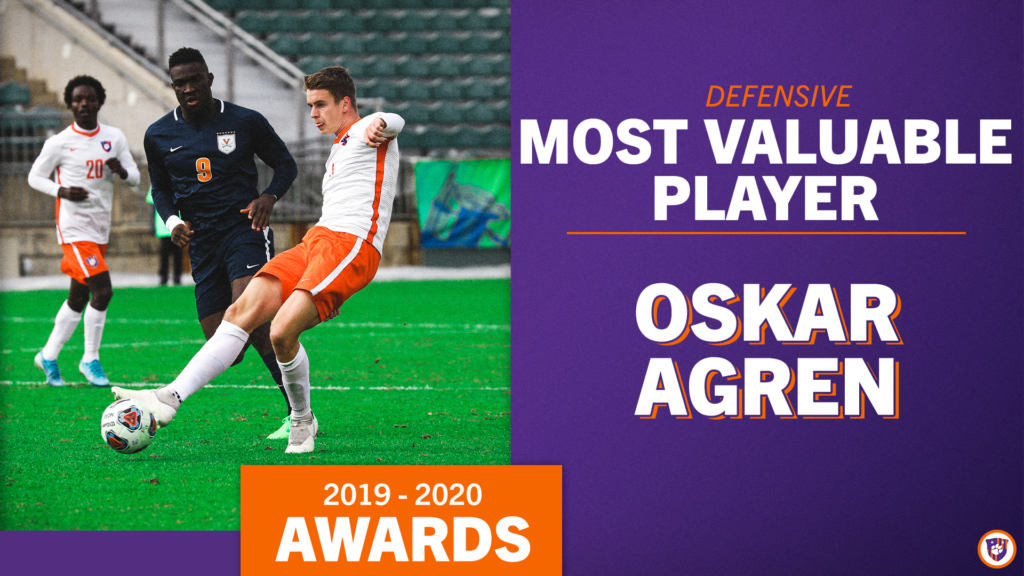 Newcomer of the Year

Philip Mayaka burst onto the scene during his freshman campaign and was a regular amongst the national award ballots for some of the most prestigious honors in college soccer. Mayaka was the lone freshman or sophomore to be named a MAC Hermann Trophy semifinalist, along with earning second-team All-American, first-team All-South Region, first-team All-ACC, ACC All-Freshman team and ACC Freshman of the Year honors. 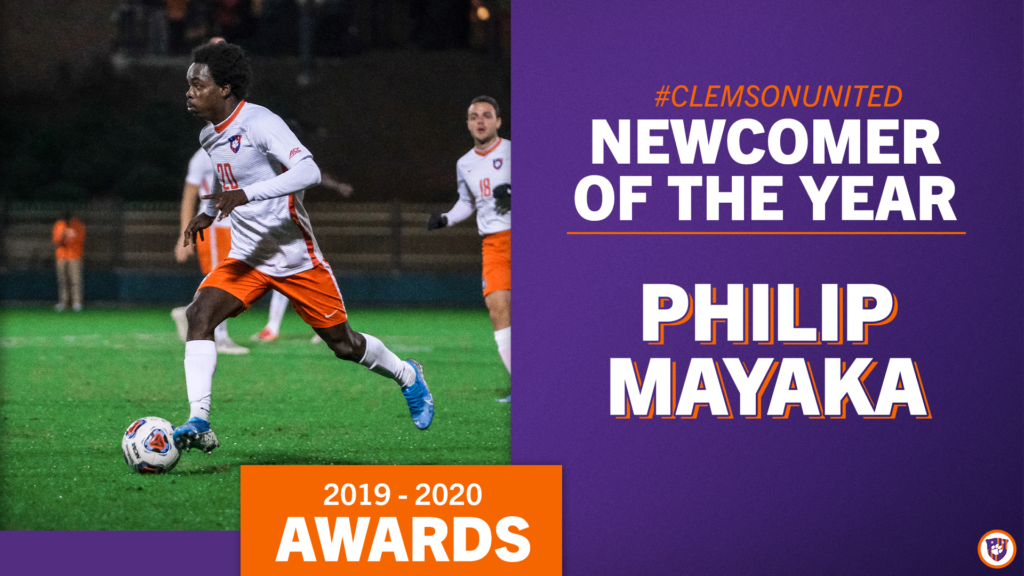 Scout Team Player of the Year

An awarded given annually to a player on the team who helps the starting eleven prepare for upcoming matches day after day, Isaiah Reid made an immediate impact during his freshman season. Reid made an appearance in seven matches and made contributions on the offensive and defensive sides of the ball during his time playing. 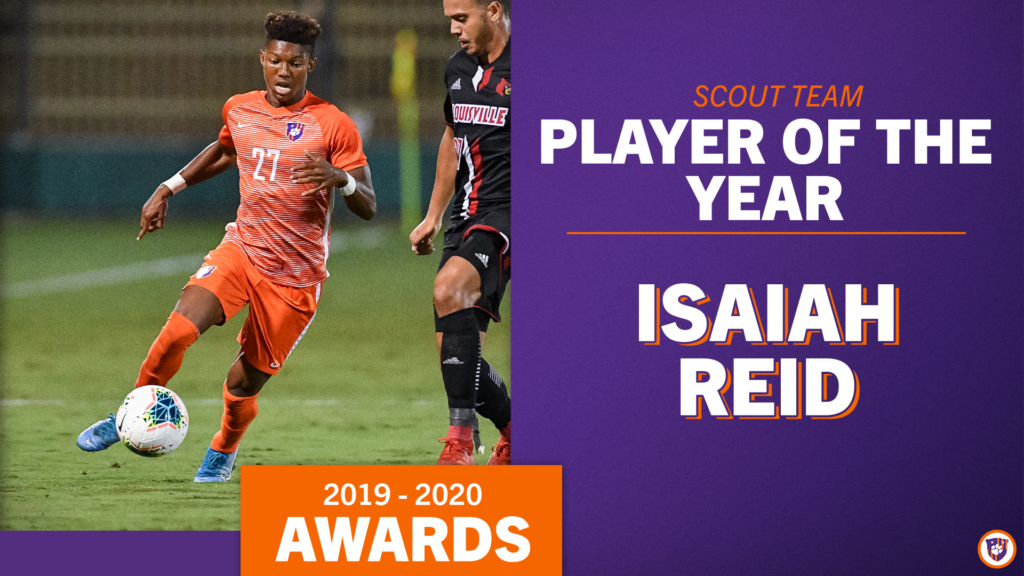 The Solid Orange Award, given annually to an individual who pursues excellence on and off the field, was presented to Nolan Lennon following the 2019 season when Lennon served as a team captain and finished his two-year tenure as Clemson’s SAAC President. During his five years with the Clemson men’s soccer program, a journey which saw Lennon overcome three ACL injuries, Lennon was relentless in his rehab and proved to be a crucial member to the Tigers’ culture this past season. Lennon made two appearances this past season and registered two saves. 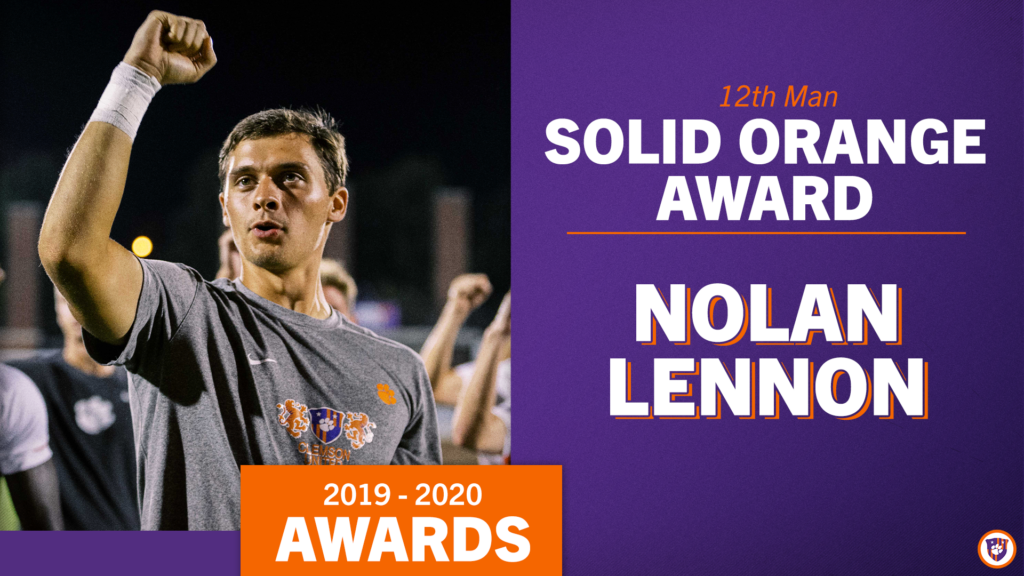 Rebecca McCarthy earned the program’s Service Award for showing outstanding service directly to the program through her dedication, hard work and efforts. McCarthy, who served as an assistant director of operations for the program the past two seasons, was an integral part of the Tigers’ day-to-day operational success throughout their historic season. 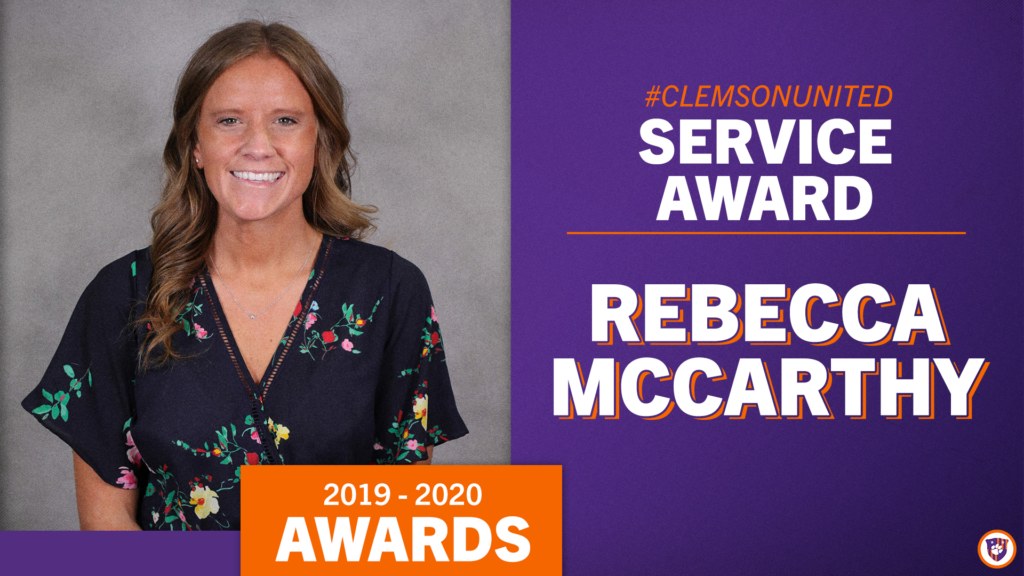 You can view the complete slideshow from this year’s virtual banquet here.