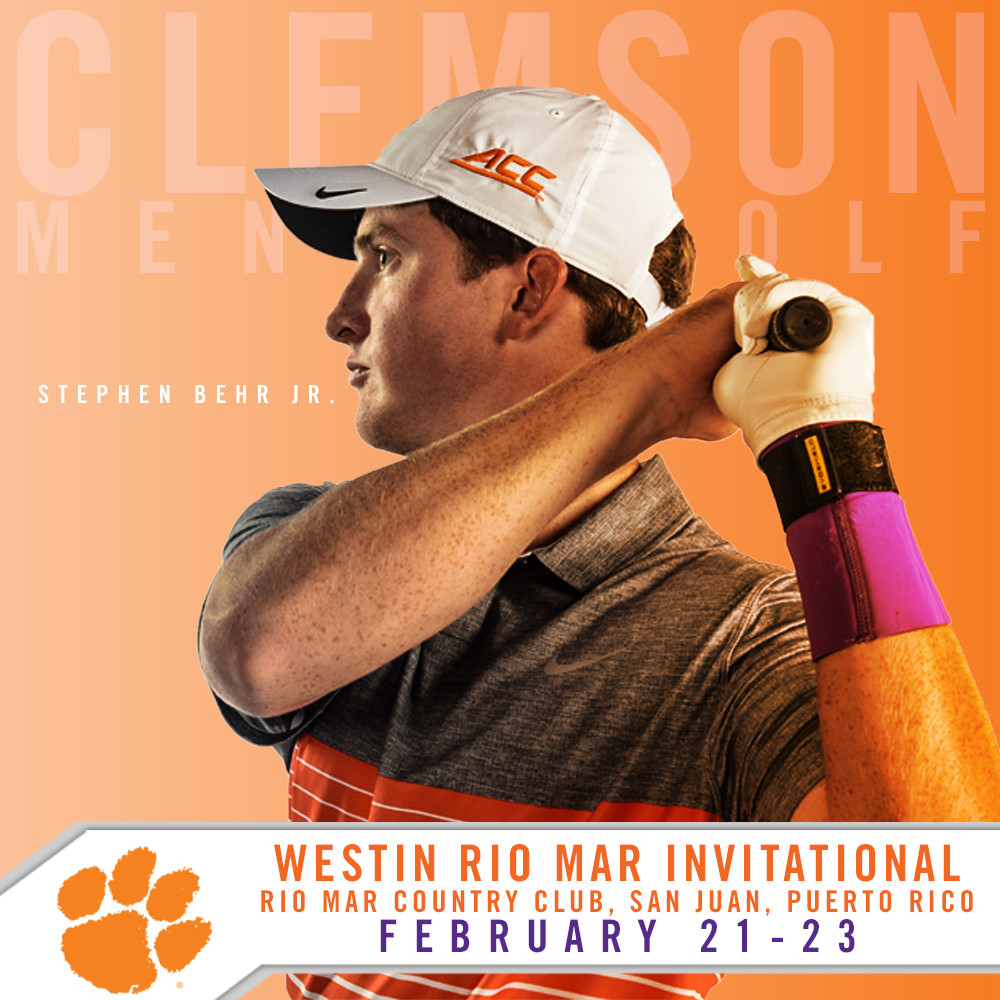 Clemson, S.C.—Clemson opens its spring golf season at the Rio Mar Beach Resort and Spa in El Grande, Puerto Rico Classic on Sunday, Feb. 21.  The three-day 54-hole event that will conclude on Tuesday will feature 15 teams from around the country.  The field includes top 20 ranked teams from Alabama, Clemson, North Carolina, Purdue, Georgia and Oklahoma.

Clemson will take a veteran lineup that features seniors Stephen Behr, Miller Capps and Cody Proveaux,  along with juniors Austin Langdale and Carson Young.  All five have experience at the Puerto Rico Classic, including Capps, who was co-medalist as a sophomore in 2014.  Capps is 16 under par in the event in six career rounds.

Clemson Team Notes in 2015-16:    This is Clemson’s fifth tournament of the year.  The Tigers had two top three finishes in the fall, #2 at Carpet Classic in season opener and #3 at U.S.  Collegiate in final tournament of the fall.  Clemson has three players with stroke averages under 72.5…four different players have recorded a top 10 and four players have at least two rounds in the 60s…Stephen Behr has 12 straight rounds at 75 or better…best round of the fall was turned in by Carson Young, who had a 67 at U.S. Collegiate on October 18….Miller Capps has great history at the Puerto Rico Classic…co-medalist at the event in 2014 when he shot a 12-under par 204 with a pair of 67s the last two days…only time in the last 18 years a Clemson player has had consecutive rounds of five under par in same tournament…Capps followed that with four-under-par 212 last year…so he is 16-under-par for six career rounds in Puerto Rico.