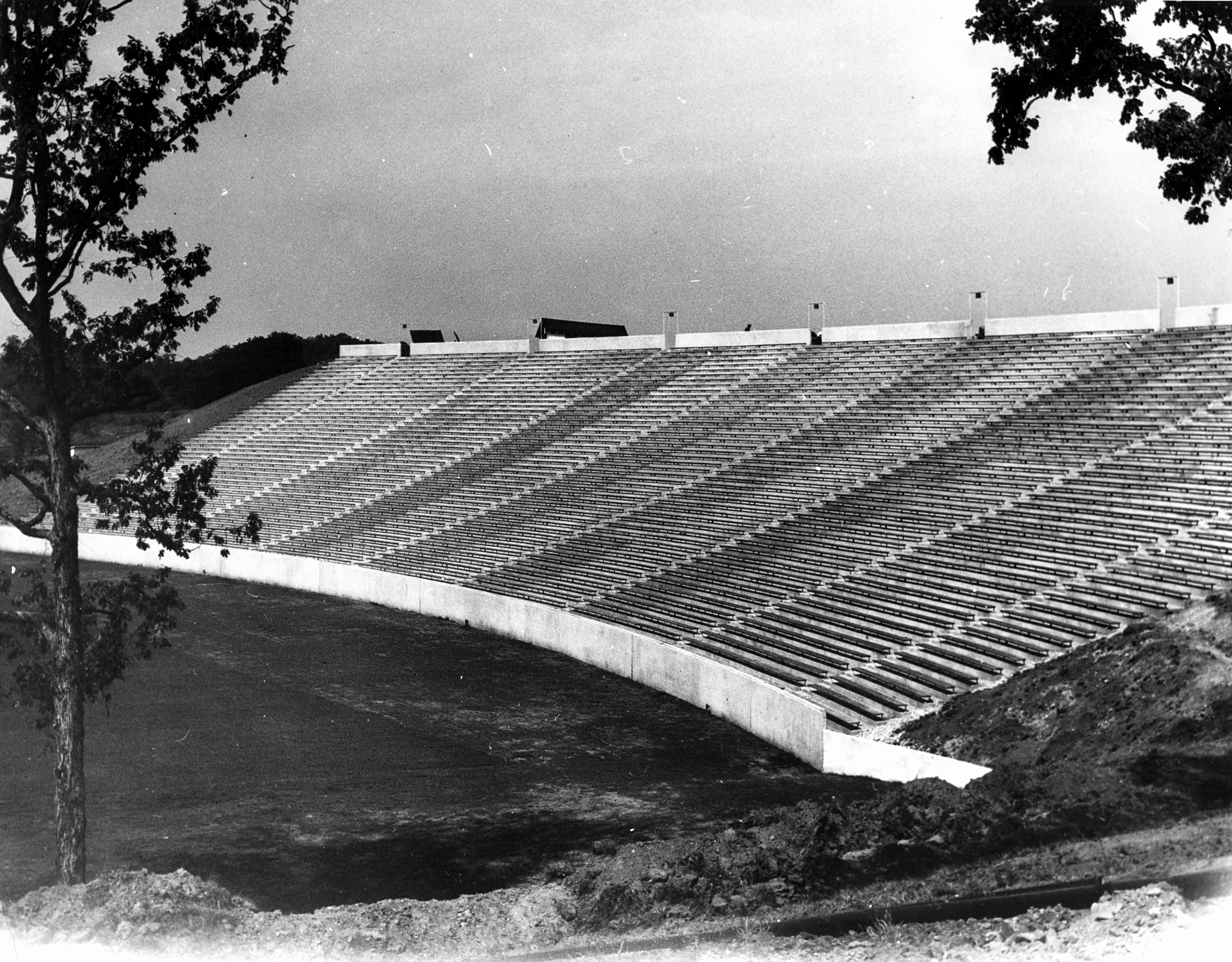 The 1939 season was one of Clemson’s greatest. The 1939 team played in the 1940 Cotton Bowl under Head Coach Jess Neely. Before the game, there were rumors that Jess Neely would leave Clemson and go to Rice and be their head coach and athletic director.

It was thought that Clemson would use the building of a new stadium as a bargain chip and would help convince Neely to stay at Clemson.   Officials at Clemson and Neely were thought to have discussed this situation on the way out to Dallas, TX for the bowl game.

While in Dallas for the bowl game, it became even more evident that Neely would leave Clemson for the head coaching job at Rice. Bill Sullivan was the publicity man for Frank Leahy and Boston College, and he said that he was in the hotel room in Dallas when Neely told a small group that he would definitely take the Rice offer.

Frank Howard, who was Neely’s line coach, spoke up and said: “Well, I’m not going with you.” And according to Sullivan, Neely said: “I hadn’t planned to ask you.”

When Howard was confronted with this, he denied it and said that J.C. Littlejohn, Clemson business manager, had promised him the Clemson head coaching job if Neely left. Sullivan, incidentally, is the same Sullivan who used to own the New England Patriots and Sullivan Stadium at Foxboro, MA.

Neely gave Howard some advice in a helpful way. “Don’t ever let them talk you into building a big    stadium,” he said. “Put about 10,000 seats behind the Y.M.C.A. That’s all you’ll ever need.”

Instead of following Coach Neely’s advice, however, Clemson officials decided to build the new stadium in a valley on the western part of campus.

It was announced on September 17, 1941, that the $104,00 stadium construction would soon begin.   Clemson civil engineering students surveyed the land and drew up plans for the grandstands which       were built in concrete along the red clay walls of the natural bowl.   Credit for the design of the stadium goes to Carl Lee of Charlotte, NC, a Clemson graduate of 1908, and Professor H.E. Glenn of the Clemson engineering faculty.

The site that was selected would take some clearing-there were many trees.

The crews went to work: clearing, cutting, pouring, and forming. When the original part of the stadium was built in the early 40’s, scholarship athletes, including many football players, did much of the work. Two members of the football team, A.N. Cameron and Hugh Webb, did the first staking out of the stadium. Webb returned to Clemson years later to be an architecture professor, and Cameron went on to become a civil engineer in Louisiana.

The building of the stadium did not proceed without a few problems. One day during the clearing of the land, one young football player proudly announced that he was not allergic to poison oak. He then commenced to attack the poison oak with a swing blade, throwing the plants to and fro. The next day, however, the boy was swollen twice his size and had to be put in the hospital.

Howard says that laying the sod caused a few problems. “About 40 people and I laid sod on the field,” he says. “After three weeks, on July 15, we had only gotten halfway through.

“I told them that it had taken us three weeks to get that far, and I would give them three more week’s pay for however long it took. I also told them we would have 50 gallons of ice cream when we got through. After that it took them three days to do the rest of the field. Then we sat down in the middle of the field and ate up that whole 50 gallons.”

Although named Memorial Stadium to honor those Clemson students who have lost their lives in the nation’s wars, the nicknamed Death Valley is a helpful reminder and serves as a warning to the Tigers’ opponents that it’s a difficult place to play.

The Origin of the Name Death Valley at Clemson

Running down the hill, and touching Howard’s Rock are stalwart traditions that allow Clemson to be unique in the college football world.

Another original, but imitated lore, is the nickname of Memorial Stadium, “Death Valley”. This nickname for a stadium has been proven to have origins at Clemson just after World War II before the stadium was even five years old in the mid 1940s, many years before LSU claimed to have used the moniker.

The origin of the name Death Valley originated in the 1940s and it stemmed from the Clemson-Presbyterian College series. For 28 years (1930-1958), Clemson opened the season with the Blue Hose. All of these games were played in Clemson- but one-and ironically it was in Coach Howard’s first season at head coach of the Tigers (1940). In 1943, with many college players away in World War II, there was naturally a scarcity of players.   Many that played in 1943 were freshmen and in that season, Presbyterian surprised the Tigers with a 13-12 victory over Clemson in Tigertown.

In the spring of 1946, and in the preseason practices before the season began, Presbyterian was preparing to play the Tigers. According to former Presbyterian player and later Head Coach, Cally Gault, the trip to Clemson was very special. Gault was head coach of the Clinton, SC school from 1962-1984.

(Memorial Stadium in 1949 is pictured below.)

“We talked about the upcoming Clemson game quite often when I was a player as it was a tradition to open the season with them,” said Gault.

“After we were beaten so badly in 1945, Presbyterian Coach Lonnie McMillian and us players referred to the Clemson trip as going ‘to Death Valley’,” recalled Gault.   “I’m not sure when the press picked up on it, but I’m sure it was real soon.”

“I remember during the 1945 season that somebody out in California sent a newspaper clipping about a team in California and PC should meet, as both teams were struggling,” said Gault. “They suggested in their letter that these two winless teams meet in Death Valley, CA and they should call it the ‘Futility Bowl’.

“Coach Lonnie McMillian (Presbyterian Coach 1941-1953) was a good coach.   In 1943, he was one of the first, if not the first, to run the T formation in the south. I guess you could say he was ahead of his time.   He had a good sense of humor about him too.

“I remember both the 1945 and 1946 PC-Clemson games. I was 16 years old as a freshman and playing in Death Valley was special.   I do remember this more than anything—it was hot, and I mean real hot at Clemson!   You haven’t felt hot until you played in Death Valley in early September!

To say that Death Valley hasn’t been a good to the Clemson football fortunes is an understatement. Clemson has won over 73% of its games in 73 years in one of the epitaphs of college football.