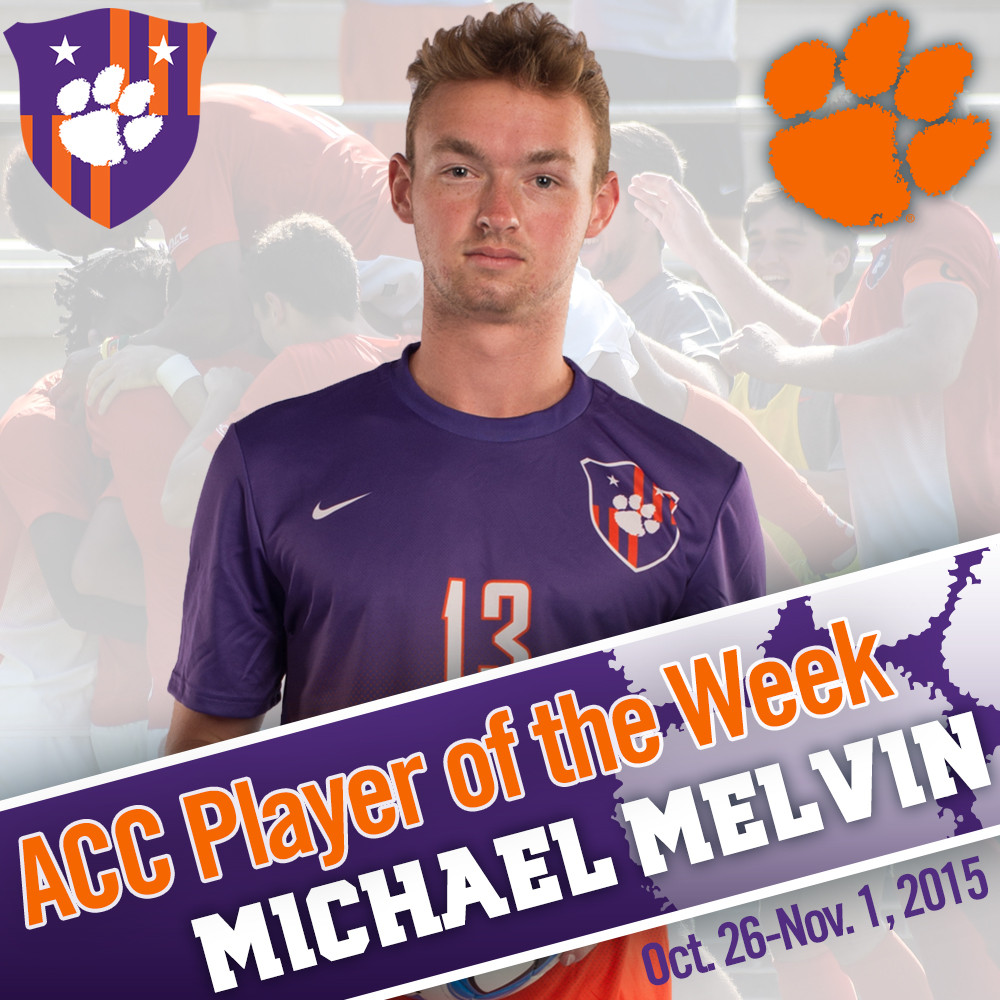 GREENSBORO, N.C. – Four days after scoring the first two goals of his collegiate career, Clemson sophomore midfielder Michael Melvin was named Offensive Player of the Week by the Atlantic Coast Conference. Melvin’s two goals helped the second-ranked Tigers to a 4-1 victory over NC State in Raleigh on Friday, Oct. 30, and a 14-1-2 record (6-1-1 ACC) for the 2015 regular season.

Melvin, who played 77 minutes in the contest against NC State, took just two shots in the game, and scored on both of them. His two goals were scored in the 34th and 60th minutes, and the first goal proved to be the game-winner for the Tigers.  The native of Jacksonville, Fla. has played in 16 of the Tigers’ 17 games this season, but was making just his fourth start of the year against the Wolfpack.

Melvin is the third Tiger to earn the conference’s Offensive Player of the Week nod this season, as seniors Paul Clowes and T.J. Casner previously garnered the award on Sept. 1 and Sept. 22, respectively.

Clemson, ranked second in this week’s RPI, as well as by the NSCAA, is the No. 3 seed in the 2015 ACC Tournament and hosts No. 6-seed Boston College on Sunday, Nov. 8 at 1 p.m. at Historic Riggs Field.