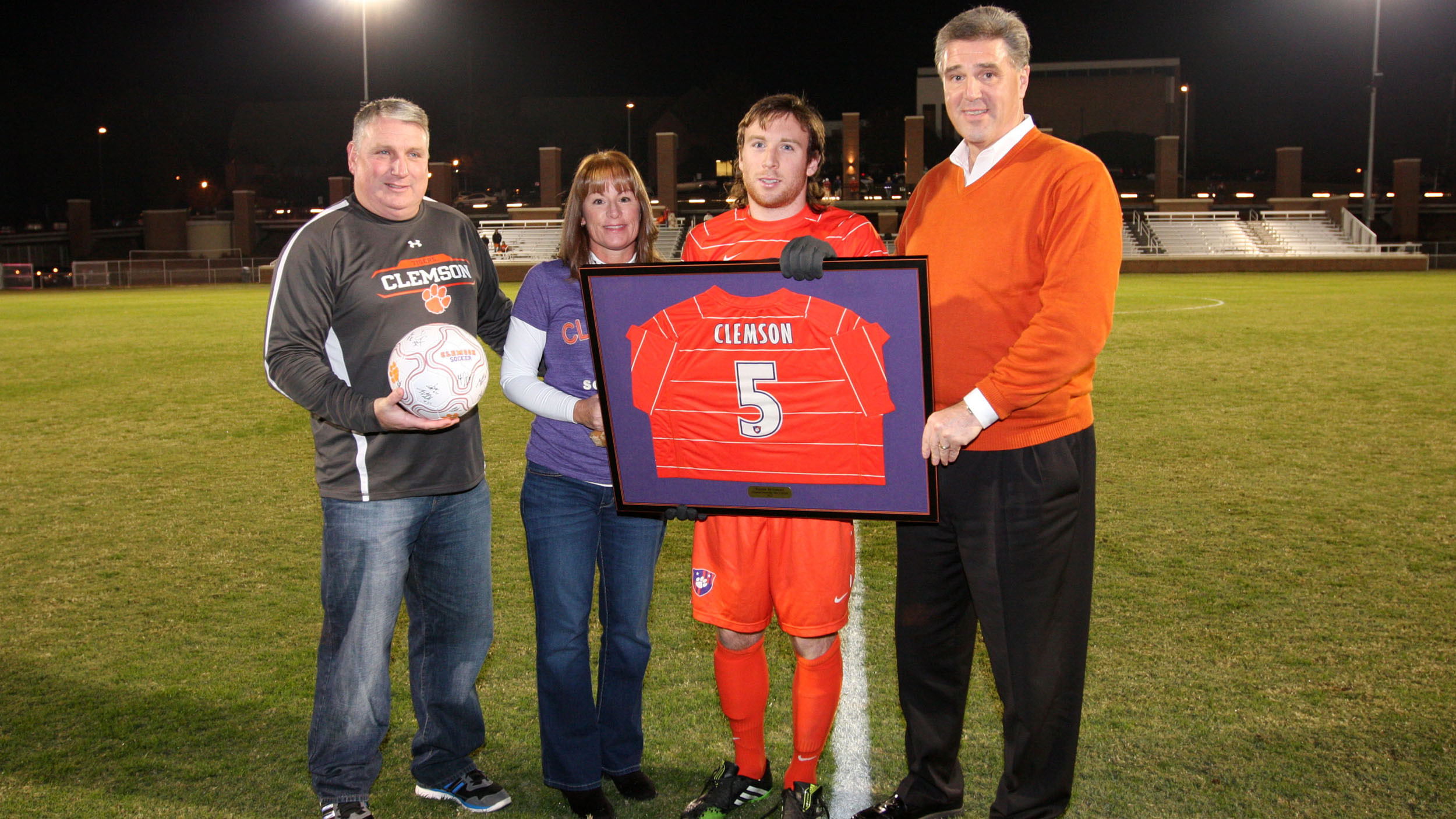 CLEMSON, SC – Clemson men’s soccer player Thomas McNamara was named to the National Soccer Coaches Association of America (NSCAA) Scholar All-South Region First-Team as announced by the organization Monday. He is now qualified to be named to the NSCAA Scholar National Team to be announced Wednesday.

McNamara was named second team All-America by the NSCAA Friday for his on-the-field performance. In November, he was named to the Capital One Academic All-America First-Team selected by CoSida (College Sports Information Directors of America). He becomes the 18th person in Clemson athletic history to be named an All-American both on and off the field in the same academic year. He is only the second men’s soccer player to accomplish this feat. Mike Potempa, a men’s soccer player in 1997-2000, was named a NSCAA All-American and an Academic All-American in 2000-01. A graduate student at Clemson in applied economics, McNamara graduated with a degree in economics from Brown. The native of West Nyack, NY led Clemson in scoring with seven goals and eight assists for 22 points in 2013. He also became the first Tiger soccer player in seven years to be named first team All-Atlantic Coast Conference. He was also named first-team All-South by the NSCAA this week.

McNamara is the first Clemson soccer player selected to the Capital One Academic First Team since 1987 when Jamey Rootes was selected. Rootes is currently the President of the NFL’s Houston Texans.