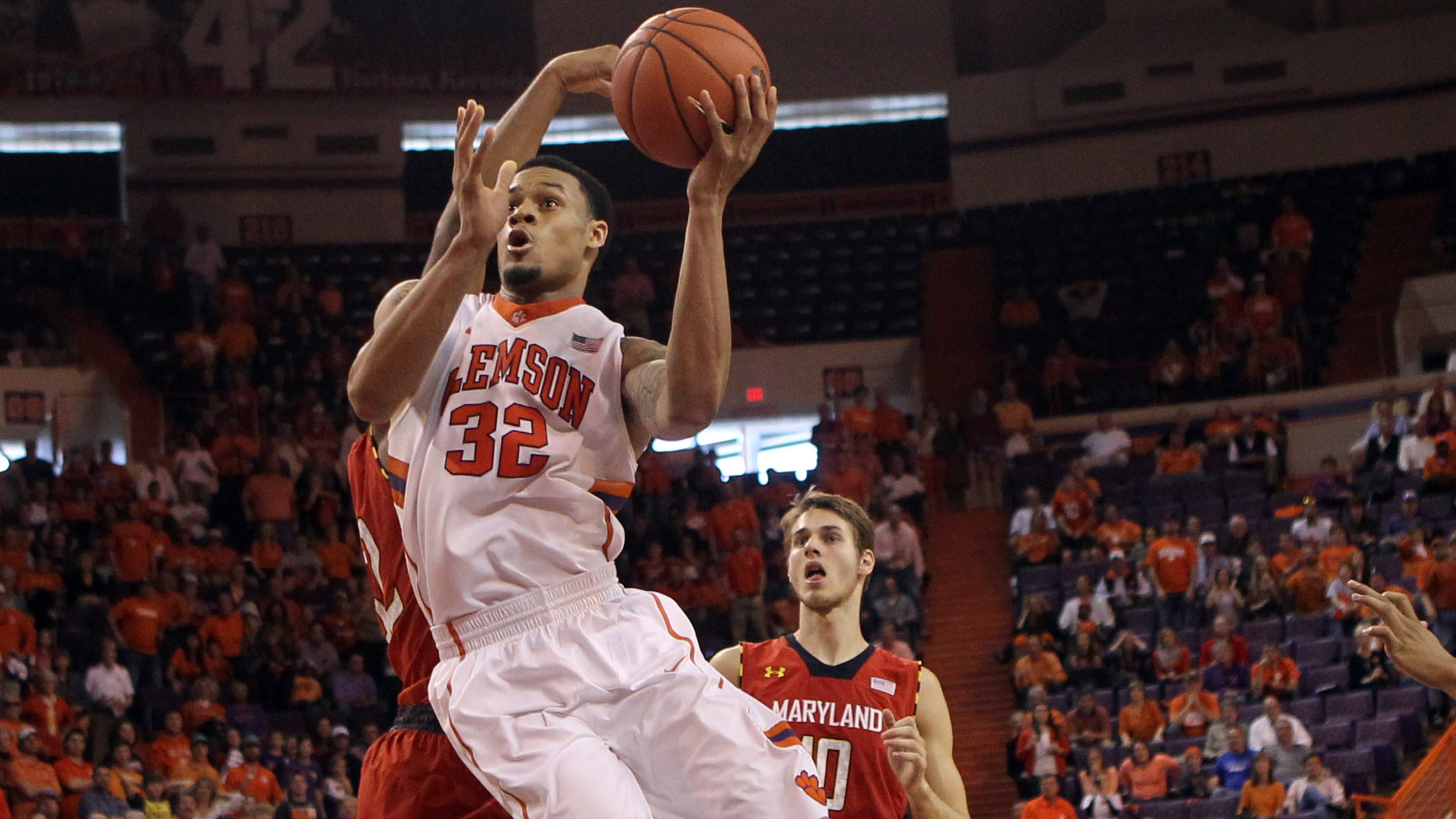 CLEMSON, S.C. – The NBA Draft is one day away, and Clemson’s K.J. McDaniels is headed to New York City to take part in the festivities. McDaniels and his family decided long ago to attend the draft at Barclays Center in Brooklyn, as the departed Tiger junior realizes his lifelong dream.

When he was last on campus, ClemsonTigers.com caught up with McDaniels for an exclusive video interview. Click the ‘Play’ button on the photo above to hear the reigning ACC Defensive Player of the Year discuss his training, workout schedule, relationship with head coach Brad Brownell and a special message to all Clemson Basketball fans.

The draft is televised by ESPN starting at 7 p.m. on Thursday, June 26.

Ever wonder what it’s like preparing for the NBA Draft?

One needs to look no further than former Clemson star K.J. McDaniels, who is currently immersed in the grueling process of interviewing and working out for a gamut of teams, as an example.

Following this announcement that the Tiger junior and ACC Defensive Player of the Year opted to forgo his final season and enter his name in the draft, the Birmingham, Ala., native relocated to Los Angeles to train. He took part in the NBA Draft Combine in Chicago from May 14-18 and began working out privately for teams a week ago.

And what a week it’s been for the only player in the NCAA this past season to lead his team in scoring, rebounding, blocks, three-pointers and steals. He began by working out with the Boston Celtics and then proceeded, in order, to Charlotte, Toronto, Oklahoma City and Memphis.

“K.J. has been doing great in the workouts,” said Jason Martin, an agent with Rival Sports Group who represents McDaniels. “He’s defending at a high level, of course, but shooting better than teams were expecting. The executives I’ve talked to feel he’s shooting up draft boards.”

The workout with Charlotte went so well, in fact, the Hornets intend to bring him back for a second workout – this time against a fellow wing prospect many have pegged for the lottery. Martin also said McDaniels has workouts scheduled this week with Philadelphia and Atlanta.